No Guarantees When It Comes to War

No Guarantees When It Comes to War

“The character of war is changing, but the nature of war is not.” So goes one of today’s most sacred mantras. From one perspective, the mantra is right; from another, it is dangerously wrong.

The character of war, that is to say, the conduct of war, is changing, has always changed, and will continue to change. Why? Because war’s conduct is a function of the realities present at any given historical period. Wars are conducted using the weapons and equipment of available technology; they are fought and waged using the reigning organizational constructs; and all wars use the people that a particular society and its social, economic, political and educational systems produce. These factors, and many others, all prove the validity of the first part of the sacred mantra. They also justify the interest in how the technology, organizational constructs and people of today’s information age societies will affect the conduct of future war.

In a June 19 War on the Rocks essay, “War in the Fourth Industrial Revolution,” retired Lt. Gen. David W. Barno and American University’s Nora Bensahel present five tech-related trends they believe will describe future war. The U.S. Army Training and Doctrine Command’s 2017 paper, “The Operational Environment and the Changing Character of Future Warfare,” is another manifestation of the importance of trying to understand how the character of war is changing. TRADOC’s research and analysis helps drive Army modernization goals. Nine of the 12 trends TRADOC identified, for example, are directly related to emerging technologies, and the other three are indirectly related. All the Army’s modernization priorities are technology-related. The Army’s concept-based requirement system was designed in the post-Vietnam period to do the same thing, as were the ideas that retired Gen. Gordon R. Sullivan and I described in our 1995 book Envisioning Future Warfare. Again, all this is just more evidence that the character of war is changing.

The mantra’s second claim—that war’s nature is not changing—is incorrect. This claim is a misunderstanding of Carl von Clausewitz’s On War, in which he uses the analogy of a chameleon. Chameleons change color depending upon their surroundings, but they remain chameleons even as they change externally. War’s nature is the same, our current mantra supposes: Even as the conduct of war is ever-changing, war’s nature remains constant.

War is a true chameleon for Clausewitz because the three elements of its nature—“primordial violence, hatred, and enmity … the play of chance and probability … and its element of subordination, as an instrument of policy, which makes it subject to reason”—are fixed and unchanging but, he is quick to add, the substance and relationship among them are not. (For brevity’s sake, I’ll call the trinity’s three elements passion, chance and subordination.) According to Clausewitz, each element has its own “code of law, deep-rooted in their subject and yet variable in their relationship to one another,” i.e., war is more than a true chameleon because the relationship among these three elements is variable and changing.

As Hew Strachan says in The Direction of War, Contemporary Strategy in Historical Perspective, “Clausewitz likened each of the three elements of the trinity to magnets, alternately attracting and rejecting each other, and so never forming a fixed relationship” (italics added). Today’s mantra oversimplifies the nature of war, and in doing so sets us on a dangerous intellectual path, dangerous because not understanding the changing relationship among the trinity’s elements hides some important realities about future war. Each element’s “code of war” is producing significant changes, and these changes are altering the relationship among the elements of the trinity. The result will help describe future war.

War requires cohesion among those who fight and wage it, and passion helps create cohesion. The intense feelings among members of a fighting unit create cohesion, a long-understood and described phenomenon. Clausewitz, however, is making a different observation: a strategic one. War requires sufficient cohesion of any political community intent on fighting. War consists of primordial violence—human beings killing one another and destroying not only each other’s lives but also their livelihood, at least for a time. Such violence is true whether delivered by hands, club, knife, bayonet, gun, cannon, bomb or missile; no amount of technology changes this aspect of war. And, what Clausewitz is saying, only a passion as intense as hatred or enmity can hold a political community together when it sanctions such violence on its behalf. Of course, the degree of passion is a function of the stakes of a war, but Clausewitz’s point is that passion and the use of primordial violence are essentially linked.

The period we live in—whether one calls it the fourth industrial revolution, the globalized world or simply the information age—is a period that is having two important effects on this element of the trinity. First, our age is producing tools that allow users to affect the cohesion of political communities. These tools can spread disruptive hatred and enmity, thus undermining social cohesion before a war starts or preventing sufficient cohesion from forming once a war begins.

Second, the consequences of globalization have created both winners—those integrated into the global network and benefiting from that integration, and losers—those who, though fully aware of the process of integration, cannot integrate and so are cut off from its benefits. Excitement over the prospects of globalization motivate the integrated; enmity slowly builds among those who are and will remain dis-integrated. 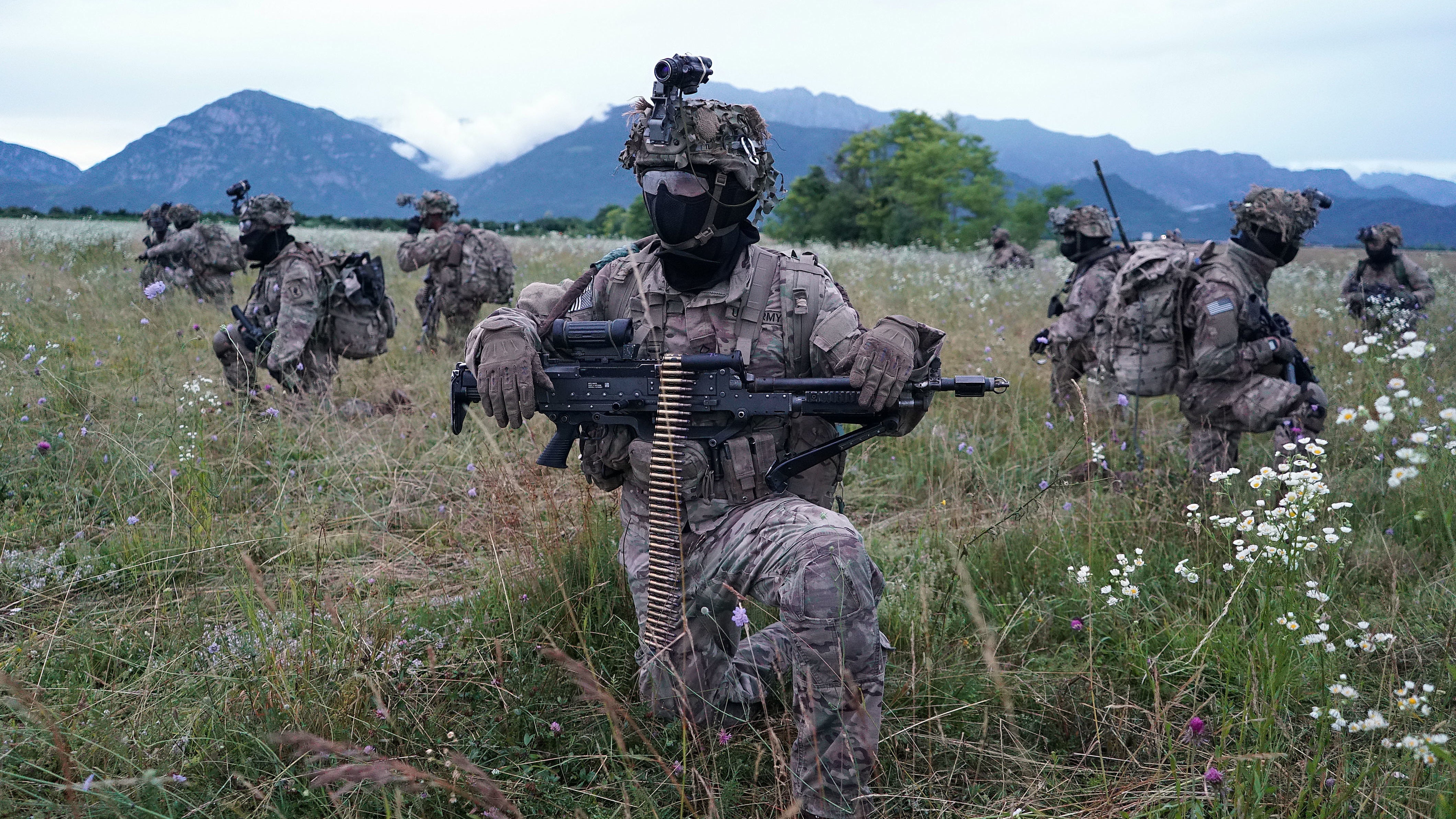 War is the realm of chance and probability, not of certainty. Fog, fear and friction of many varieties play such a part of war, whether at the tactical or strategic level, that if one searches for guarantees, one searches in vain. Further, the enemy always has a vote, meaning that even the best of plans and most well-coordinated actions can be thwarted through no fault of one’s own. The best one can hope for is to increase the probability of success by using the means available as well as possible, then adapting as the vagaries of war unfold.

The means necessary to achieve success in war are expanding. Clausewitz’s realm of chance and probability is no longer primarily a military realm. Military means remain an essential element of war’s primordial violence, and integrating these means of death and destruction continue to be the stock and trade of the military commander. But increasingly, these means are insufficient to achieve complete success—whether at the tactical, operational or strategic level. Integrating infantry, armor and artillery as well as naval, air and space assets may bring tactical success in some situations, but those situations are diminishing at the tactical level, rare at the operational level and almost nonexistent at the strategic level.

Simply put, the probability of success increases as integration of military and nonmilitary means improves. In the wars of the future, the realm of chance and probability will be a shared, civil-military realm—always true but now more so at the strategic level; now increasingly true at the operational and tactical levels as well.

War is a means, not an end in itself. War is an instrument, a tool to accomplish something beyond its primordial violence. Political communities set the purposes, and war is subordinate to those purposes. Our Army too often looks at war as independent from its purposes. We analyze forms of war, then sketch these forms on a spectrum of conflict, studying how each point on the spectrum is different from the other. Such an approach attempts to identify the tactics, techniques and procedures as well as doctrinal concepts that will produce success in that form of war. This approach is necessary and useful, but ultimately deficient, for it results in a tactical and at best operational perspective and misses the larger strategic point—that any particular war includes primordial violence (or the threat of it) subordinated toward some purpose.

Purpose gives war its meaning, and purpose determines the war’s character. To describe our future as one of hybrid wars, or asymmetric wars, gray zone operations, wars among the people, three-block wars or any other of war’s various forms that some are now using is to miss the essential point: They are all ways to achieve purposes set forth by political communities.

War in the information age, war in the fourth industrial revolution or war in a globalized world—all are re-emphasizing the end, or purpose, of war. The world is amid the slow process of replacing the industrial age as the dominant organizational model. Replacing the agricultural age took almost 200 years, from about 1750–1950. The world of 1950 did not look anything like that of 1750: People lived and worshiped differently, supported their families and communities differently, got their information and traveled differently, and fought and waged wars differently.

Demographics, ecologies, religious worship and education methods all changed, as did every aspect of social and political domestic life—and the international environment changed as well. Tectonic shifts of this magnitude create upheaval, unrest and enmity. In short, they cause wars of many varieties. In retrospect, one can see that a good many of the wars fought between 1750 and 1950 helped determine the course and the outcome of the industrial age and the nature of the international system that ultimately flowed from it. We are going through a similarly seismic period now. The old order cannot hold as information age change accelerates and creates its disruptive effects.

Whatever kinds of wars pop up, therefore, have to be viewed through two lenses—one lens to determine how to resolve the specific situation, and a second to figure out how to use that resolution to influence the direction of the international order. Purposefulness matters. The kind of world order that emerges from information age disruption—World Order 2.0, as Richard Haass puts it in A World in Disarray—will be as much a function of the choices the U.S. and our allies and partners make as anything else.

War’s dominant tendencies—passion, chance and probability, and subordination—make war a “remarkable trinity,” according to Clausewitz. While the elements of that trinity are fixed, the trinity varies in two important ways: Each of the three elements has a different “code of law” that determines its tendencies at any given historical period and the relationship among them varies. Perhaps this is why Clausewitz concludes that “every age had its own kind of war.”

In the Spring 2018 issue of Parameters, James P. Farwell addresses Russian meddling in U.S. politics and suggests ways to counter such meddling. His essay provides one example that confirms how the realms of passion and chance, as well as how the relationship between them and within the realm of subordination, are changing. Rather than limit its understanding to how the character of war is changing, the Army—and all other services—ought to expand the focus and try to understand how the nature of war is also changing. Only by understanding both will the nation increase the probability that it will be ready for the next war rather than better prepared for the last.