Although British and American societies differ in some ways, in terms of the contemporary recruiting environment, our armies face almost identical challenges: most 17- to 24-year-olds have little or no connection with the military; the strength of the national economies makes the civilian workplace attractive and consequently, unemployment is low; and large proportions of the target audience are ineligible for military service for a number of policy reasons, mainly medical and disciplinary prerequisites.

In 2012, the British Army reviewed its approach to recruiting and entered into a partnership with Capita PLC, a public- and private-sector service provider well-known in the U.K. Since then, uniformed recruiters have continued to provide the front-of-house “attract” function, while civilian Capita staff have led delivery of behind-the-scenes processes. 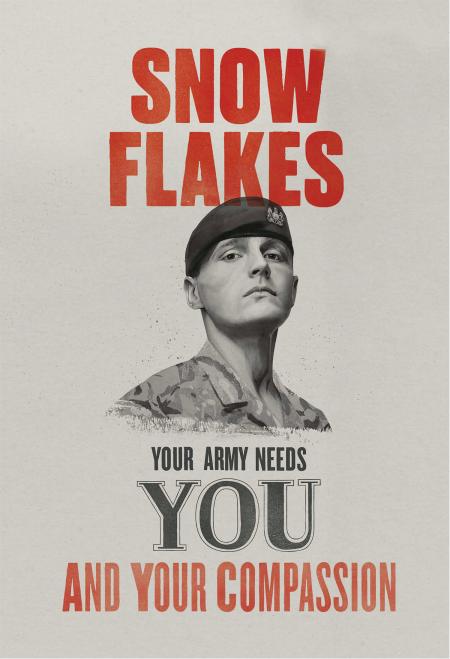 This has enabled uniformed recruiters to focus on what they do best—attract potential recruits—while allowing others to return to their Field Army units, thus improving readiness.

After a number of lean recruiting years, during which the British Army has fallen short of its annual targets, a new recruiting campaign is underway in the U.K. This involves a different and, at times, controversial marketing approach. The campaign is a three-year effort featuring a series of annual marketing approaches all nested within, and supporting, the overall theme of “This is Belonging.” The campaign has moved away from the traditional “warrior” approach in which advertisements prioritized showing soldiers in uniform and emphasized the Army’s combat role.

Market research indicated these ads did little to influence the kind of people who were highly likely to join anyway (known as “core intenders”) and led to a perception among many young adults that the goal of joining and passing initial training was unattainable.

Addressing this perception directly, the “This is Belonging” campaign developed the following themes:

Released in early January, the most recent ads aimed to be deliberately provocative in order to attract interest and generate debate. Learning from the previous year’s experience, senior recruiting staff invited key influencers to attend a briefing to explain the rationale behind the ads; all either veterans or still serving, including Olympic gold-medal winning athletes, TV personalities and authors. With the opportunity to hear about the ads before they launched, influencers have been able to provide supporting messages within their communities about the campaign. The aim of provoking debate has undoubtedly been met. 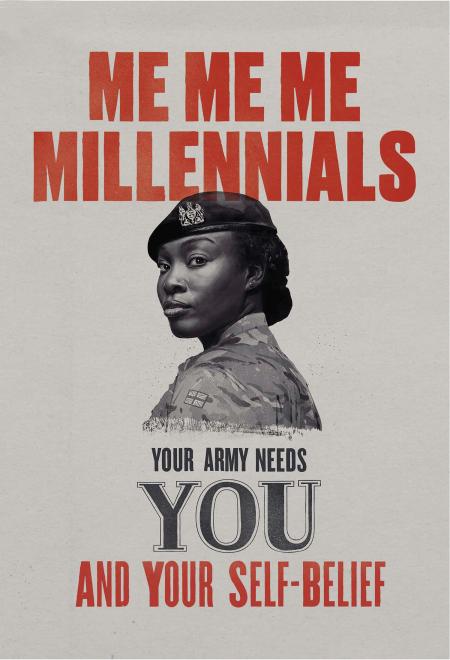 Within two days of launch, the ads were picked up by national press across the U.K. and in the U.S. and Australia. British veterans reacted on social media, with a majority opposed to the idea of such a “soft” approach to marketing. However, the ads have clearly resonated with the target audience: The number of applications in an average January has historically been about 6,000; this year, the British Army received 10,000. It is too early to claim success, but early indicators are positive. The increase in applicants must be tracked closely to monitor how it translates into both numbers and quality.

The marketing campaign has been a major focus of activity but by no means the only one. The British Army regularly reviews its processes and methods in order to identify where more novel approaches could bring about improvements. Some of the most recent initiatives include the following:

Recruiting is an essential activity for any army. The British Army is modernizing its approach in several ways and early signs are positive.

Although British and U.S. societies differ in some ways, our armies have a huge amount in common, including the challenges of contemporary recruiting. Informed by market research, the British Army is focusing its efforts away from traditional “core intenders” to place an emphasis on young adults who might not have been attracted by the warrior recruiting approach of the past.

We will keep our U.S. Army recruiting counterparts closely informed as our initiatives progress, and we will continue to share our ideas into the future as the recruiting environment adapts to our ever-changing societies.