Most service members can comprehend the most complex details of football from a pass interference to defensive holding, but cannot make heads or tails of how American national security is assembled. Too many officers and NCOs do not understand how their service in the field fits within the broader national security policy framework. The interplay of the president, defense secretary, Congress and the Pentagon in defense policymaking is not obvious to many. How the National Security Strategy nests with the National Defense Strategy and then fits with the National Defense Authorization Act and defense appropriations is a mess to most soldiers and citizens.

The National Security Strategy framework can be simplified so the typical soldier can understand how these multiple moving parts work with one another. Here, I will oversimplify our country’s defense policymaking process so it can be more easily understood. I will explain the structure of U.S. national security policymaking using something most service members already understand—NFL football.

Running Back as BCT

Let’s start with a basic football play: A running back is given the football and told to run as fast and far as he can. This is an Army brigade combat team in the field with a mission assignment. In the modern modular Army, the brigade combat team, commanded by a colonel, is the basic core element of the Army. For the Navy this would be the skipper of a ship and for the Air Force, this would be a wing commander.

A running back with the football may have some inkling of what a distant team owner may be thinking. But by and large, in the middle of a play, a running back is probably far more concerned about gaining as much yardage as he can while trying to avoid getting crushed by a linebacker.

In the NFL, the answer is simple: because the quarterback called a play and handed off the football to the running back.

To a quarterback, how the owner and coaches think during a play may have slightly more implications, but not much more, than what the running back faces. Similarly, how the president and Congress may be thinking likely impacts the typical field general officer, but only tangentially.

This logically triggers the next question in football: Why did the quarterback decide to hand the football to the running back? For the military, what did the general have to make his decision to give an order to a brigade?

Although quarterbacks may have some input on who a team hires, the team roster and starting lineup is a coaching decision. Player selection in the NFL largely comes from the draft. Once a year, teams draft players they may need for certain positions on their team. This is what the quarterback is given.

Translated to a military context, this is the annual defense appropriations from Congress. Like the NFL draft, once a year, Congress selects the arsenal the nation puts on the field. Like a quarterback, generals and admirals may get some input in the selection process, but ultimately, this is a decision by Congress outside the control of top officers. Based on what Congress appropriates, this is what theater commanders are given. 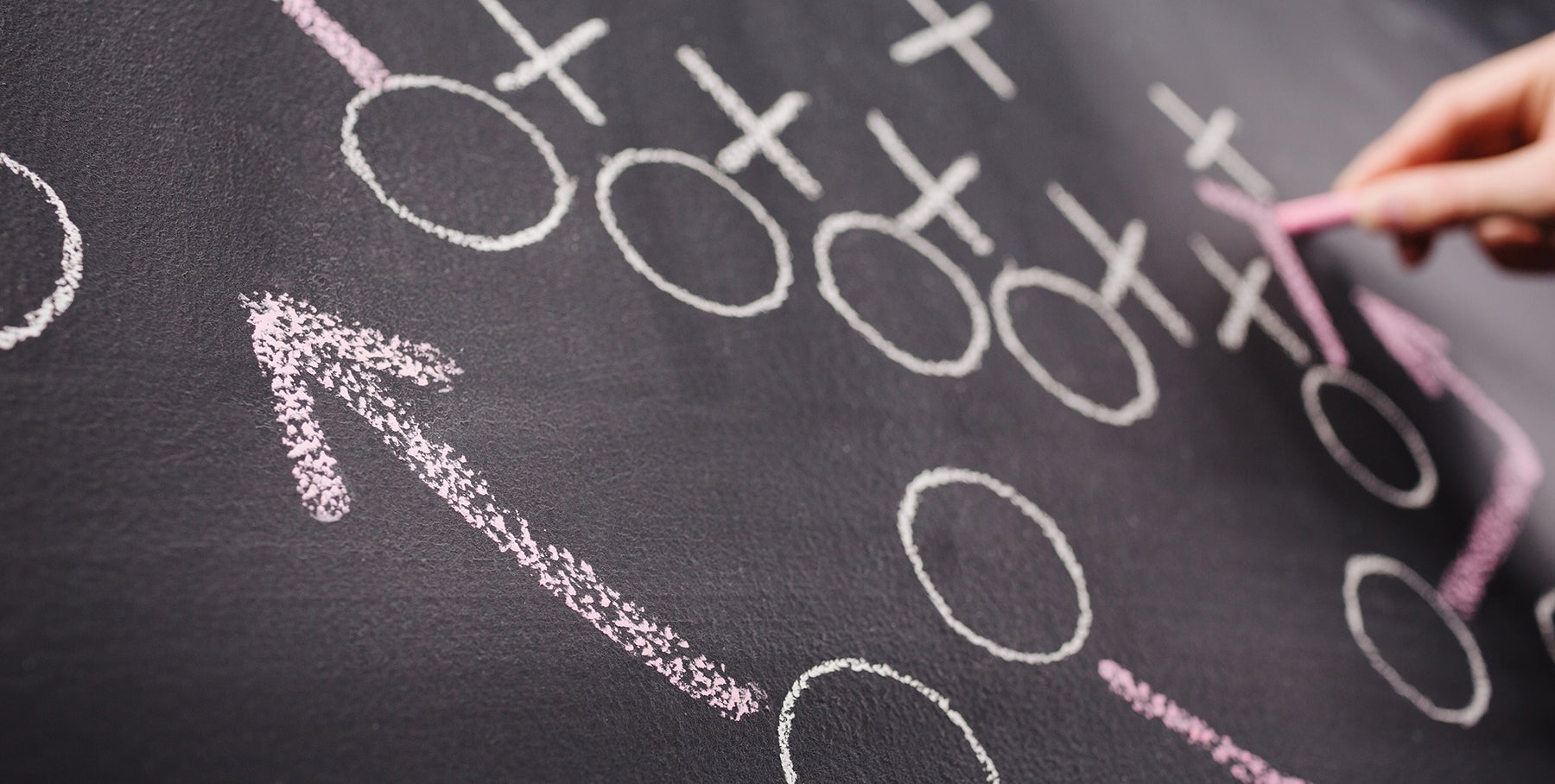 But this gives rise to the question as to why NFL teams draft certain players or why Congress appropriates a certain arsenal for DoD.

In football, the head coach will typically start a season with a major strategic decision about what games are critically important. For example, a coach may determine that it is essential to, say, beat the Philadelphia Eagles and the New England Patriots while watching out for the Kansas City Chiefs and Pittsburgh Steelers this year. The coach determines that if his team can win those games, they will have a good season and make the playoffs. The playbook is then designed for the team to do what they can to beat key rivals based on the coach’s strategic decision.

This strategic process for the military is the National Defense Strategy. The secretary of defense sets forth his or her vision for the military and defines the “teams to beat” to ensure national security in the National Defense Strategy. Like a head coach looking at a new season each year, the defense secretary sets out his or her strategic decisions on how to approach our country’s challenges in global affairs and positions the military to succeed in those challenges.

In the current National Defense Strategy, Defense Secretary Jim Mattis determined China and Russia are our country’s major challenges, with North Korea and Iran as our strategic issues to look out for. This is like an NFL head coach making a decision that his team needs to beat the Eagles and Patriots, while watching out for the Chiefs and Steelers, to make the playoffs.

But this begs the question as to why a football coach even offers such a strategic decision, or why in the military, the defense secretary even produces a National Defense Strategy.

For football, this is again simple. An NFL coach works for a team owner who gives a simple, clear, grand strategic vision for the team: Win the Super Bowl. Based on this overarching guidance, the coach sets forth his strategy to effectuate the owner’s objective.

Translated into a military context, this is like the president’s vision set forth in the National Security Strategy. Like a team owner telling the head coach to win the Super Bowl, the president establishes the broad national security objectives and goals of the nation with the National Security Strategy. From that strategy, the rest of the country’s defense strategy is then formed.

From President to Commander

In football, an NFL owner’s vision to win the Super Bowl leads to a head coach creating a strategy on critical teams to beat in a season, which aids in crafting the playbook, then guides player selection in the draft, which a quarterback takes to the field, and a football is then finally handed to a running back who is told to run with it.

This is a simplistic but easy way to understand how America’s national security framework is established and gets from the president through Congress down to a local commander.