The Moneyball Approach to Readiness

The Moneyball Approach to Readiness

Baseball talent scouts thought they found an all-star in a high schooler named Billy Beane, who became a first-round draft pick in 1980 for the New York Mets and reached the major leagues in 1984. But just a few years later he was out of baseball after posting a paltry .219 career batting average. Almost a decade later, Beane became general manager of the struggling Oakland Athletics, which had one of the smallest budgets of any team—less than one-third that of the New York Yankees.

Fortunately, talent scouting had changed much since Beane last played ball. Baseball fans known as “sabermetricians” began to collect and sort baseball statistics in interesting new ways, using statistical analysis to uncover what one book called “the hidden game of baseball.” Using “sabermetrics,” Beane built a winning team by spending money on valuable players often overlooked by talent scouts. The Athletics went on to have a 20-game winning streak in 2002, then the longest in Major League Baseball, and became regulars in the American League playoffs. Beane’s A’s were later profiled in the New York Times bestseller Moneyball: The Art of Winning an Unfair Game, later made into a movie featuring Brad Pitt.

But can baseball teach us about the Army’s No. 1 priority—readiness? Yes. Here are some lessons from the pages of Michael Lewis’ Moneyball.

Focus on What Matters

As sabermetricians soon discovered, winning in baseball boiled down to one thing: run production. And the best way to produce runs was to get on base by any means necessary. For over a century, traditional statisticians didn’t consider a walk as a manly way to get on base. In fact, a walk didn’t count as an at-bat at all. But a walk was just as effective as a hit in getting a runner on base. Beane signed up players who drew walks much more cheaply than league-leading hitters, focusing his money on qualities that contributed the most to scoring runs.

In the Army, readiness boils down to three things: the right people, the right equipment and the right training to fulfill the needs of combatant commanders. Every action you take on a given day must contribute to those three functions. Although that includes dozens of programs, your priority must be to ensure that you’re constantly working to achieve those three goals.

Building readiness isn’t always glamorous. Most commanders focus on the training portion of readiness at the expense of the other two. But just as Beane used boring walks to put players on base, Army leaders must spend time on tedious supply transactions, maintenance and flu vaccines to ensure a unit is ready to go to war. Training is important, for sure, but leaders must carve out dedicated time on their calendars for those mundane matters that also contribute to readiness.

The St. Louis Cardinals went to the World Series three times in the 1980s under legendary general manager Whitey Herzog. Most attributed the team’s success to a style of play called “Whiteyball,” which emphasized speed on the basepaths, acrobatic fielding and “small ball” tactics like hit-and-run plays. But sabermetricians have since discovered that Whiteyball was counterproductive. Whiteyball was exciting to watch, but statistics revealed the real secret to the Cardinals’ success: They were simply good at getting on base.

Beane was forced to focus on valuable players because he had a tight budget. The Army isn’t limited so much by money, but by time. In a given year, a typical commander only has 258 duty days, given weekends and holidays. And even if a commander works his or her soldiers 12 hours each day, a soldier can only produce eight hours of work, given physical training, meal breaks and morning hygiene. In that given day, roughly 8 percent of soldiers will be on leave, with more still attending appointments, professional development schools and garrison tasks. With that manpower, a commander must not only train for war, but do monthly inventories, write evaluations and take care of so many additional programs they fill up 12 pages at single-spaced 9-point font, according to Army Chief of Staff Gen. Mark A. Milley.

In other words, man-hours are precious.

Look at your calendar and you’ll probably find plenty of events that seem exciting but do little to produce readiness. Guest speakers, nonmission-essential training, community outreach programs and yes, all those man-hours spent planning, organizing and participating in “mandatory fun.” But commanders are tempted to fill their units’ calendars with “extracurricular” events for three reasons. 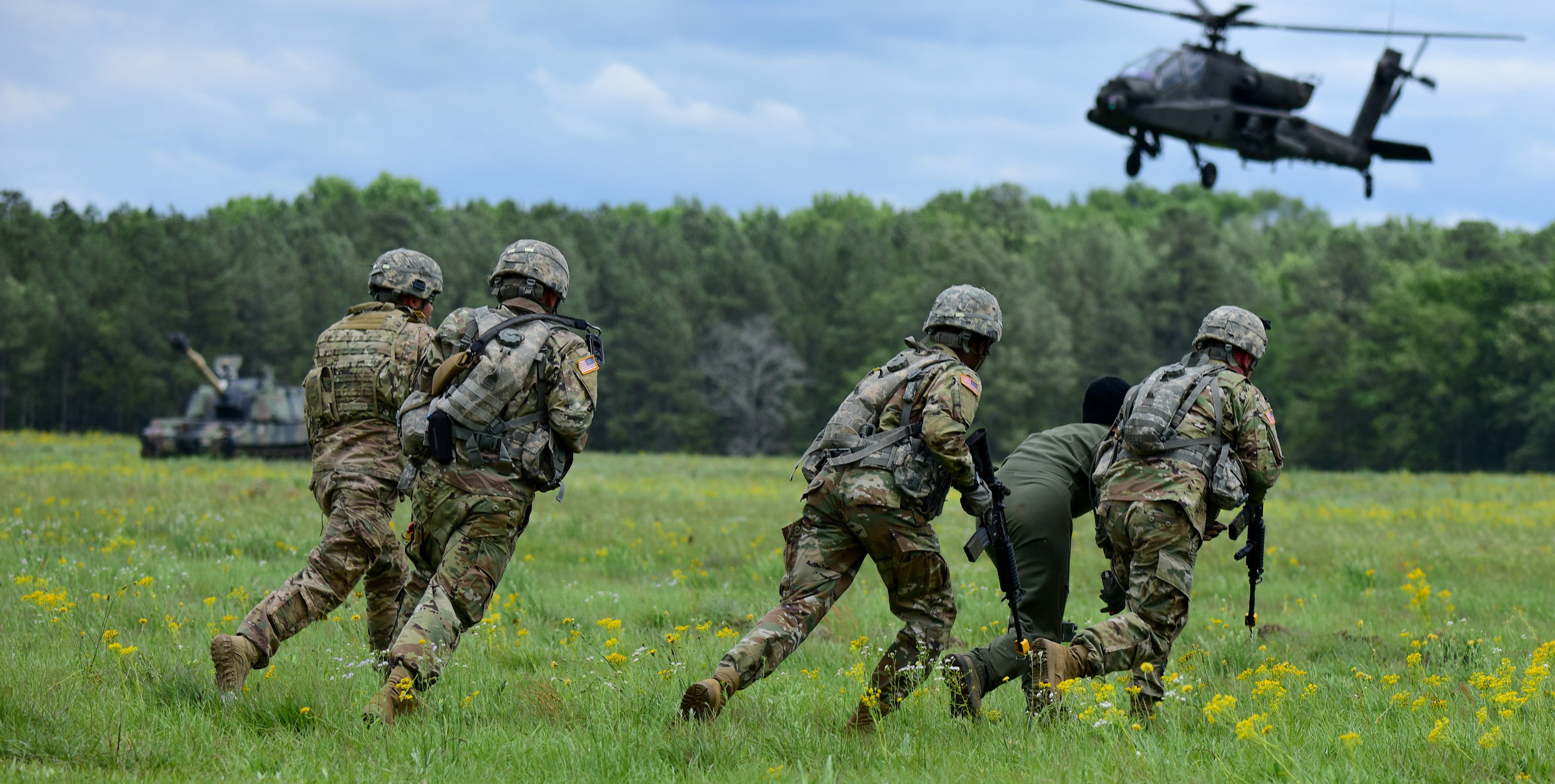 First, commanders have been looking forward to taking command for years, and they’re enthusiastic to put into practice dozens of programs and events that don’t necessarily build readiness. Second, commanders see great events in other organizations and want to emulate them. Finally, there are some commanders who feel that extracurricular events are a way to distinguish themselves from their peers when it comes time for promotion—not by building readiness.

Though there is nothing inherently wrong with an organizational day or a community outreach program, leaders at all levels must do so with discretion. Every man-hour spent on mandatory fun is a man-hour that detracts from readiness. Leaders at all levels must be ready to slay their sacred cows. Not every good idea belongs on the calendar. Purge these events ruthlessly.

Get Better With Big Data

In the 1980s, volunteer sabermetricians processed vast amounts of baseball data armed with nothing more than IBM PS2 computers, linked through rudimentary bulletin board systems. Today, sabermetricians make predictions based on a variety of factors, with sophisticated algorithms taking into account stadium dimensions and up-to-the-minute weather conditions. Broadcasters, in particular, employ teams of statisticians that can produce incredibly arcane statistics in seconds. If a team pulls off a 5-4-3 triple play at the top of the third inning, chances are a broadcaster will be able to cite the last time a team did so.

The Army’s not quite so lucky. An Army division recently held a contest to recognize the best of its 100 companies in terms of a variety of factors, including weapons qualification, physical training scores and medical readiness. Even though the data existed in databases, it still took dozens of man-hours to compile, compute and consolidate the data in order to declare the winner.

The Army could learn a lot from sabermetricians and big data firms. According to an Army news release, the Digital Training Management System was introduced in January 2005 and held data on over 1 million soldiers—about the same time a social networking site called Facebook had 1 million users. Thirteen years later, DTMS has only marginally improved, while Facebook has became a billion-user behemoth so powerful some pundits believe it’s a serious threat to democracy. If we’re going to force junior leaders to compile all sorts of data, they need the right tools to do so.

The data revolution that transformed baseball could streamline life for junior leaders and allow them to focus on building readiness. For example, during World War II, a Medal of Honor could be awarded in just four months—at a time when only half of all soldiers had a high school diploma, fewer still could type and documents had to be physically transported across the ocean. Today, you could barely process a routine permanent change of station that quickly.

Instead, study journalists and bloggers, who use collaborative tools to crank out dozens of impeccably edited articles each day thanks to collaborative software products such as Google Docs. Can’t do mandatory training because your unit doesn’t have enough computers? Then explore mobile options for completing computer-based modules. The iPhone’s encryption is so secure even the FBI can’t crack it. Surely it’s secure enough to tell Tina to take her MyTunes someplace else.

Now that the Army’s back to garrison life, junior leaders are encountering the same problems today’s senior leaders encountered decades ago. Studies from the late 1990s and early 2000s paint a picture of an Army with too much to do and not enough time to do it. That said, there’s one major difference—today’s junior leaders are held to much higher standards in no small part due to information technology.

In years past, a training requirement may have lapsed without senior leaders batting an eye. Thanks to large databases, senior leaders have become part helicopter parents, part nagging spouses as every minor deficiency becomes ever more apparent. Leadership is more difficult because, let’s face it, it’s become harder for subordinates to lie and fudge numbers.

We should be more candid with our subordinates. We never fixed these problems decades ago. But we also owe it to our subordinates to unburden them and allow them to lead—without the distractions.