Former Army Spc. Tim Duer had been working in computer information systems at Nationwide Children’s Hospital in Columbus, Ohio, for just a couple of weeks last October when an email made the rounds noting that the facility planned to mark the upcoming Veterans Day with a gathering and ceremony.

Duer, 46, had never worked for a private-sector company that did such a thing, so he wanted to check it out.

The program included remarks by the hospital’s chief medical officer, Navy veteran Dr. Richard Brilli, who told a story about one of the most memorable trauma cases from his time in uniform. It was more than a quarter-century ago when a 20-year-old private was rushed into his intensive care unit at what’s now known as Naval Medical Center Portsmouth, Va., suffering massive, multiple organ failure from a high-speed infection raging through his body.

As Duer listened to Brilli talk about how his team went into overdrive, refusing to give up the fight to save the young man’s life, an eerie feeling washed over him. “I got chills all over my body,” he said. “I was sitting in a chair, but I felt like I was falling.”

The reason: The service member in that story sounded very much like … him. 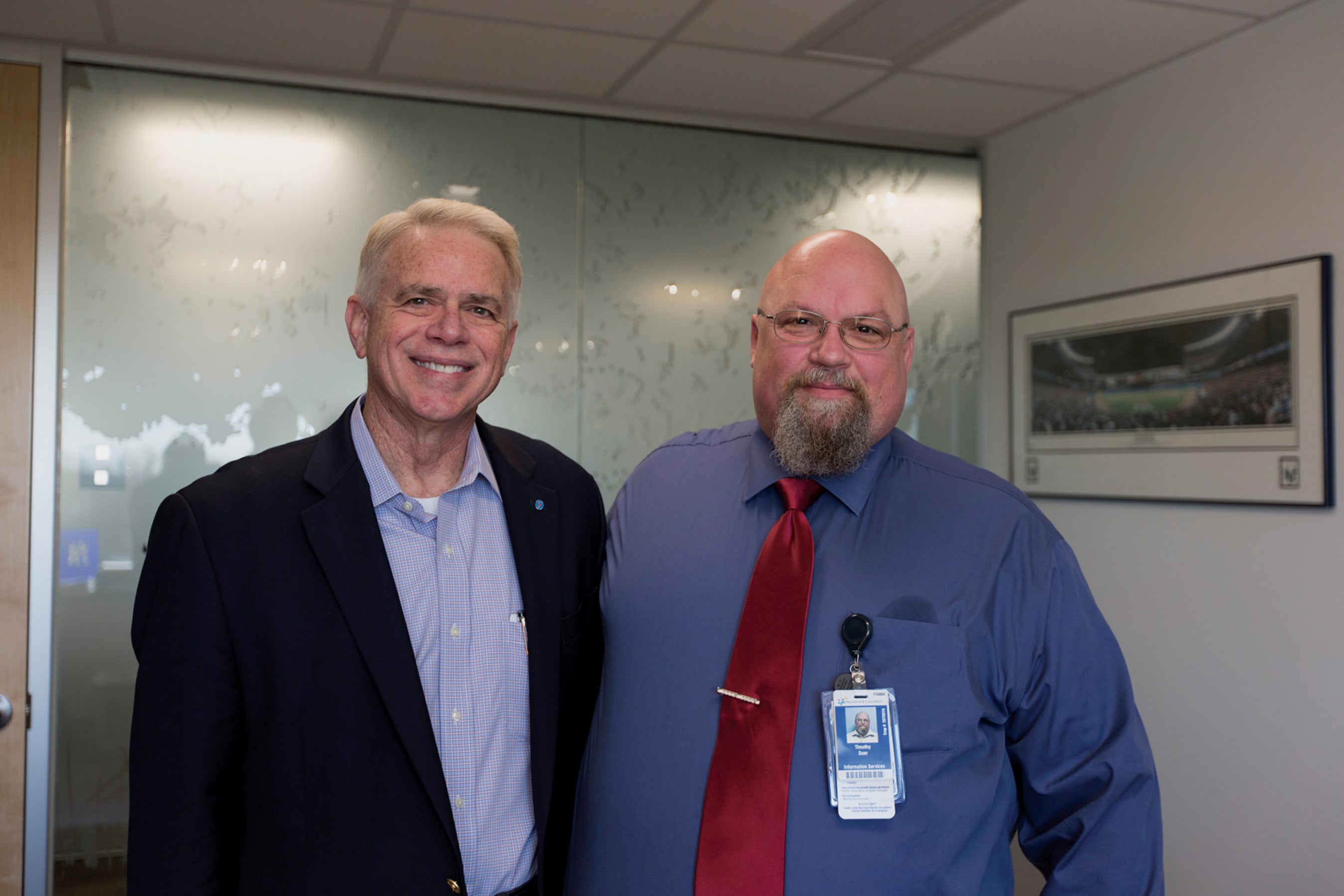 Elephant on His Chest
Flash back to June 1989, when Duer was in Advanced Individual Training at Fort Eustis, Va., to become a helicopter mechanic. “After going out to eat dinner with my family, I woke up in the middle of the night unable to breathe, like an elephant was sitting on my chest,” he said.

He was rushed to the Fort Eustis hospital, where staffers quickly realized that he needed much more extensive treatment than they could give him. So he was transported by ambulance to the larger Naval Medical Center Portsmouth and sent directly into the emergency room.

“That was the last thing I remember until I woke up 3½ weeks later,” he said. “I found out they had to induce a coma and keep me in it. I had 21 blood transfusions, catheters—everything. I had double pneumonia; both of my lungs collapsed; I had a fever, at times, of over 105; kidney failure; heart failure. They had to revive me several times.”

“His probability of survival was extremely low,” recalled Brilli, who left the Navy in 1990 after 11 years and continued in medicine as a civilian, eventually going to Nationwide Children’s Hospital in 2008. “Ultimately, Tim had at least four organs fail. When that happens, mortality risk is almost 100 percent. It was a grave situation.”

Will to Live
Yet thanks in no small measure to Brilli and his team, Duer did pull through. He went on to serve seven years in the Army, separating in 1995. “He was a young man with a strong body and a will to live,” Brilli said, adding, “I think maybe there was some intervention from above as well.”

Amid his considerable trauma and subsequent lengthy coma, Duer was never sufficiently conscious to meet, let alone thank, the surgeon who had led the team that saved him. And although Brilli has been telling Duer’s story for years, it was without using Duer’s name because over time, it had slipped his mind.

“I didn’t remember his name,” Brilli said, but “whenever I talked to medical groups about miracles, about somebody who survived when all the science said they weren’t supposed to, I used this story to inspire trainees and younger doctors to never give up.” 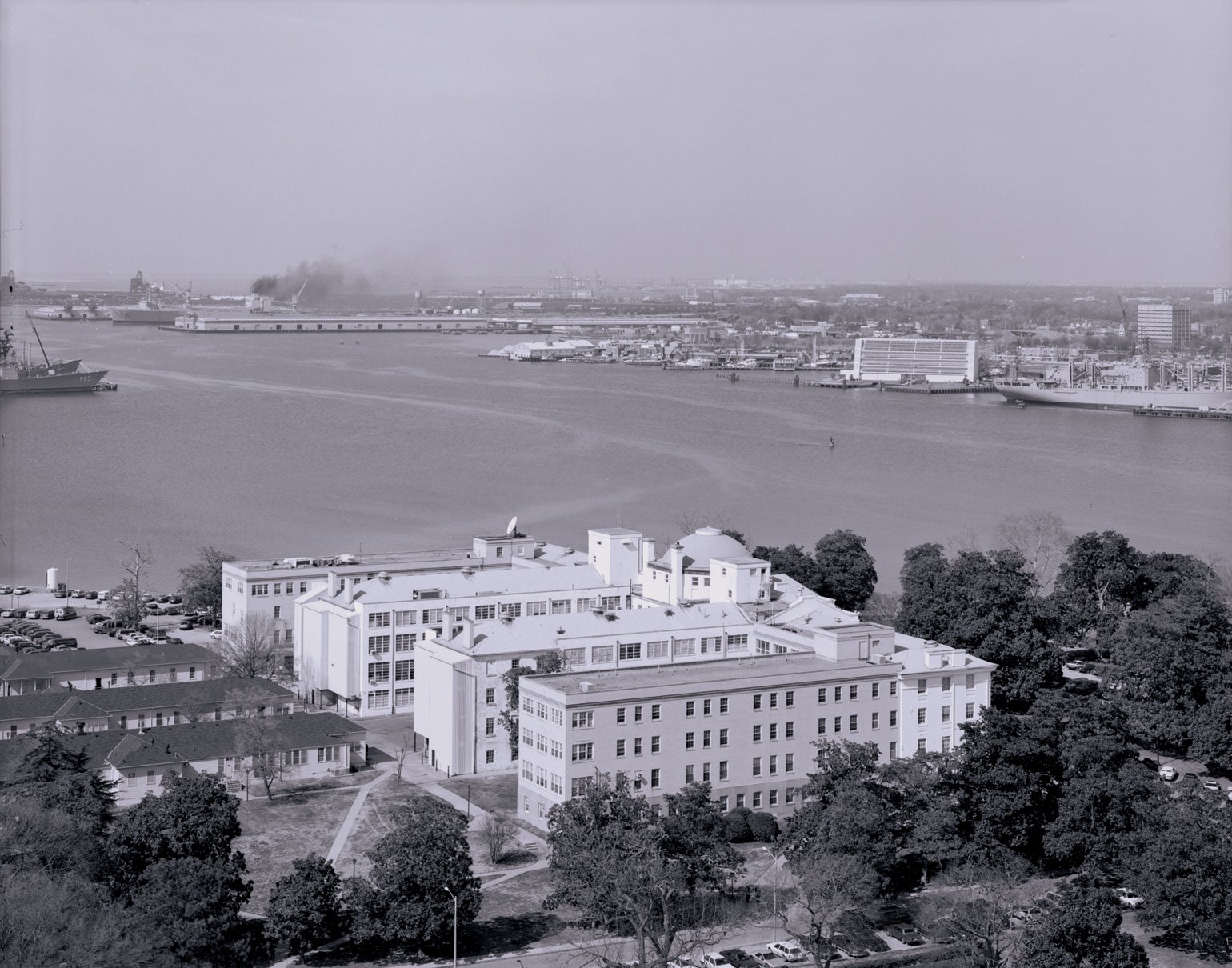 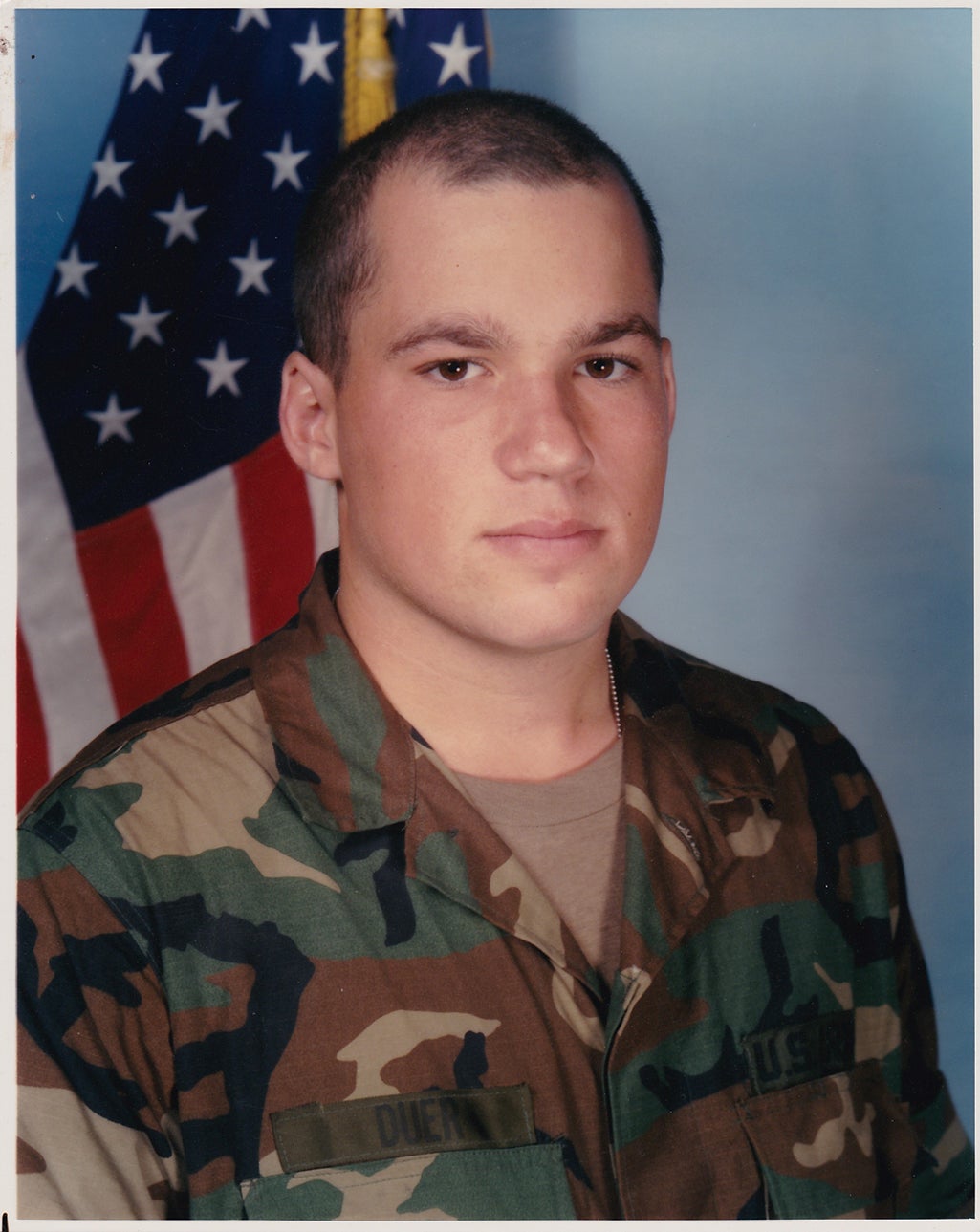 And it felt like the right story to tell at the Nationwide Children’s Hospital Veterans Day event.

Afterward, a shaken Duer introduced himself to Brilli and said, “‘Sir, you know that story you told? I think you were talking about me.’ I could see in his eyes that he didn’t know whether to believe me or not.”

That night, Duer dug out his old Army medical records. The next day, he and Brilli looked them over together. Doctor and patient finally made the definitive connection.

“I was flabbergasted, to say the least,” Brilli said. “It’s beyond belief that we could come full circle like this.”

“I have a daughter who was just a month old at the time. She’ll be 27 soon,” Duer said. “I have a son who is 23. I have two grandkids who would not be here if Dr. Brilli had not saved my life. It’s just crazy, 26 years later, to run into the person who saved your life, and find out he’s working at the same place you are. Serendipity is the word.”