Some early successes from the U.S. Army Futures Command will be helpful providing proof of concept and building confidence for the trailblazing organization that will need support and funding to fully meet its ambitious assignment, Undersecretary of the Army Ryan D. McCarthy says.

Everyone realizes this is a big opportunity to fix a damaged system and is the best hope for quickly filling critical caps in current or future capabilities, he said. “What the Army is doing under a four-star-level command will have the unity of effort and the authorities to drive modernization efforts,” said McCarthy, a former Army Ranger and defense industry executive who worked as an assistant to then-Defense Secretary Robert Gates. 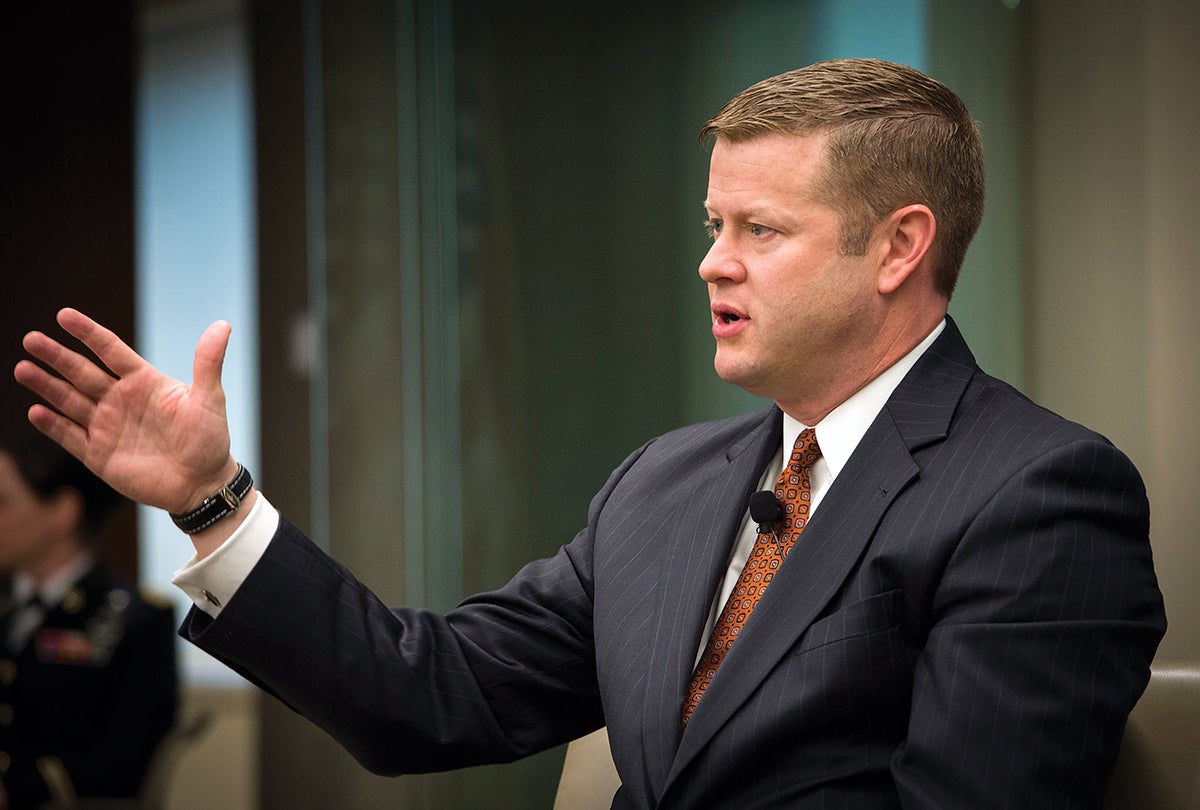 Triumph or failure by the newest Army command will be scrutinized by an array of interested groups, including within the Army and its uniformed and civilian workforce; and by Congress, which will be asked to provide a steady flow of funds. Also monitoring the outcome will be the defense industry and academia that are partners in making it work, allies and global military partners, and potential adversaries. The Army is also hoping Futures Command will be an institute viewed by the public as a good steward of taxpayer money.

The Army wants to avoid past mistakes, McCarthy said. When the Future Combat Systems program was canceled by the Defense Department, one of the reasons was a missing link between requirement—what warfighters need—and what is technologically feasible, said McCarthy, who was working in the Office of the Secretary of Defense when the program was terminated in 2009. At a July press conference announcing the location of Futures Command, McCarthy said the Army must do better than having thousands of people spread over multiple commands emailing each other with uncoordinated directions. Futures Command, with eight cross-functional teams to work out details and make recommendations to address specific capabilities, creates “formal relationships, fuses information faster, reduces the time it takes to reach decisions and cuts the number of layers between the information and the leadership,” McCarthy said.

Army leaders expect the equivalent of a bureaucratic miracle for the first major command created since 1973 by creating a command whose sole purpose is to uncomplicate an acquisition process that’s so slow, weapons and technology are virtually antiques before they are fielded.

Concentrated in a 14-block radius of downtown Austin, Texas, Futures Command’s leadership of about 100 people is based on the 19th floor of the University of Texas’ administration building. A few blocks away, the command has two spaces in so-called incubator hubs where prelaunch entrepreneurs and small businesses looking for funding and joint ventures mingle with large businesses. Some Futures Command staff work out of the Capital Factory in about 20,000 square feet of space. Others work in 10,000 square feet of space in the engineering and computer science department at the University of Texas.

Incubator hub workspaces allow Futures Command staff to rub elbows with people who have ideas that haven’t quite launched, sometimes because they aren’t fully developed, sometimes because they need funding. This is a key avenue for defense innovation, McCarthy said in an interview in his Pentagon office, something that cannot be duplicated working in a regular office and especially not when working on a military base isolated from innovators and the collaborative community. One of the reasons Austin was picked as the Futures Command home is its record of entrepreneurial investment and startups, he said.

“We’ve noticed how even the big five defense firms have stood up venture capital arms because they too see the strength of innovation to these incubator hubs around the country that have presented a wonderful opportunity for small business and entrepreneurs to find partners,” McCarthy said.

McCarthy expects a staff of about 500 to be in place by July 2019, when the command is scheduled to achieve full operational capability. The “preponderance” of staff will be civilians. Some will be transferred from other commands, but many will be local hires, he said. “There may be some unique talent sets that we will want to hire from folks that are living in Austin that have systems engineering backgrounds, software development backgrounds,” he said, noting that Congress has provided “unique authorities for talent management” that will allow for quick hiring.

‘A Lot of Moving Pieces’

A lot of things need to happen for Futures Command to be fully ready, McCarthy said. “There are a lot of moving pieces in the Army right now with this restructuring,” he said of an effort that involves transferring control of some parts of the U.S. Army Materiel Command and the U.S. Army Training and Doctrine Command to Futures Command. “The thing about restructurings are they’ve got to move quickly.”

He expects to score victories while the structure is evolving. An early win could be in the broad area of soldier lethality, which includes next-generation squad weapons, enhanced night-vision goggles, better power and data interfaces, and connections and advances in training, especially synthetic training environments that provide home-station opportunities featuring realistic experiences and scenarios. Congress has looked favorably at Army requirements to shift money into some of these programs, he said.

“We are progressing nicely” on soldier lethality efforts, McCarthy said. “We will be able to illustrate how much faster we have done requirements, and we will have RFPs to industry on complex systems much faster than expected,” he said, referring to requests for proposals where the Army asks for bids on contracts.

How fast? Some requests could go out in early 2019 with the expectation of responses by spring, he said.

The 2018 and 2019 defense budgets, and a 2018 funding reprogramming that shifted Pentagon funds, have worked in the Army’s favor, McCarthy said. “That will be a significant investment. People will see investments against the six priorities we’ve requested.”

Early and wide support is important to build momentum for an effort that won’t all be quick. While the idea of Futures Command is to work faster than ever imagined, some of the potential capability leaps that could be made possible through the work of Futures Command won’t be fielded for a decade even at the hyperspeed expected of the new command.

He’s hoping that by the time the 2020 budget goes to Congress early next year, Congress, the defense industry and the public will “see we are totally committed to these six priorities, and we are going to finance them.” Work on the 2020 budget is underway but a final product won’t be submitted to Congress until early 2019. It is unclear whether the rising federal budget deficit will limit Army and defense spending, but that prospect worries Army leaders, who want to be able to show the value of their streamlined modernization effort.

Operating with acquisition authority afforded to the Army Acquisition Executive, a role that falls to Bruce D. Jette, the assistant Army secretary for acquisition, logistics and technology, Futures Command has three subordinate organizations plus eight cross-functional teams. The subordinate organizations are Futures and Concepts, Combat Development and Combat Systems, which identify and prioritize capabilities, develop a solution and refine and engineer it.

“We think we have a concept that will help us manage weapon systems development faster with more rigor,” McCarthy said.