The Army leadership accessions and education system of 100 years ago was not only deficient quantitatively, it was qualitatively deficient: There was no standardized system to obtain and educate our leaders for World War I. By November 1918, the Army experienced a roughly twentyfold increase. The requirement for trained leaders increased exponentially to meet those needs. To run a nearly 4 million-man Army, the service estimated it would need 200,000 commissioned officers—the prewar strength of the entire Army. But trained leaders for such a hugely technical and industrial war were unavailable. It was a failure of massive proportions.

Despite such huge shortcomings, Army leaders managed to succeed in a relatively short war. Many distinguished themselves, but not without cost.

Not a single prewar or wartime Army publication addressed leadership other than with the “checklist” approach. Popular military authors of the time published books to fill this gap. Publications like Leadership and Military Training by Brig. Gen. Lincoln C. Andrews and Management of the American Soldier by Maj. Gen. David C. Shanks provided good junior-leader techniques but did not expound on how to lead. Shanks aptly noted that “neither at West Point nor at our service schools, has this subject [leadership] received the attention that it deserves.” 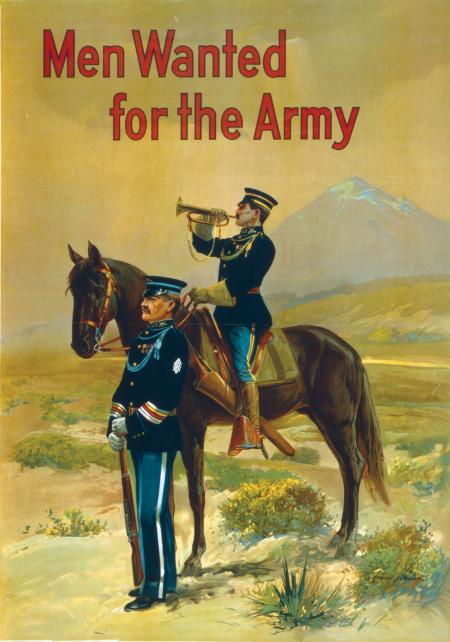 Since the early 19th century, the Army relied on the small number of graduates of the U.S. Military Academy to provide Regular officers. They were supplemented by large numbers of officers acquired through mobilization of the state militias and volunteers during conflicts. The Army wrongly assumed that West Point-trained officers were educated in leadership. World War I rapidly changed all these traditions. So how did the U.S. Army find, then educate, its leaders?

The Reserve Officers’ Training Corps was instituted in 1916 to prepare young men to be leaders. In January 1917, the chief of staff of the Army initiated Junior ROTC to prepare high school students for military service and to supplement the senior program. The hallmark of these early programs was primarily drill and ceremonies. They instilled rudimentary leadership competence by “doing.” Ostensibly a leadership-training program, ROTC taught no leadership doctrine. There was no leadership doctrine to teach.

The solution was one that had significant problems quantitatively. Many officers commissioned into the officer ranks were marginally or completely unsuited for their duties. In a rush to get officers, the Army deferred primarily to education as the primary discriminator. A somewhat illogical link developed from this management-based model which was then applied to the military. The need for educated leaders in the more highly technological arena posed by World War I caused the Army to equate education with management, and hence leadership.

The methodology of choosing commissioned officers was therefore tied to those with the requisites of a college degree or college acceptance. Andrews’ book equated “superior knowledge” to what we now call expert or referent power. The Army fell into this somewhat illogical paradigm that guided it for years in leader selection, equating education with leadership abilities.

The selection of noncommissioned leaders was again problematic. Good NCOs took years to develop in the prewar Army. Now the Army needed them by the thousands overnight. The solution was quite unscientific and quite simple. Officers merely selected who they thought should be NCOs. In a squad of eight men, one was somewhat arbitrarily selected to be the leader and made a corporal. The permutations of selection were a complete fluke since no boards were convened, no merit systems established and dependence on the luck of the draw often exercised by imperfect leaders themselves. Popularity and charisma likely played into some of the selections. Most World War I NCOs had little, if any, prewar military experience. 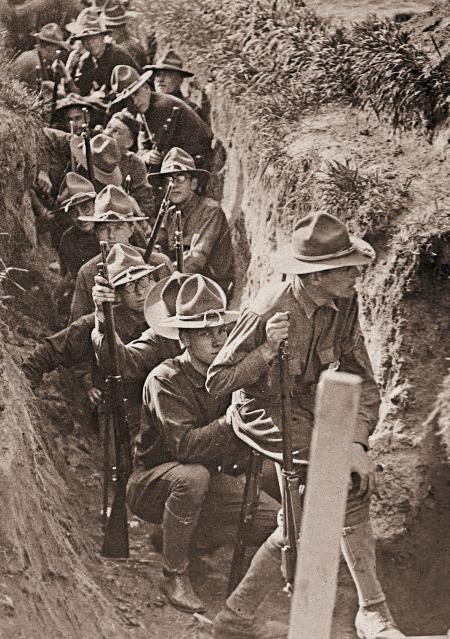 Many leader candidates learned by doing, or through attendance at the prewar camps such as the ones conducted at Plattsburgh Barracks, N.Y. The Plattsburgh camps, opened in 1913, were an attempt to inculcate some general military training into volunteers. Run by the Army, their purpose was to establish a base of trained citizens who could be called upon in event of mobilization. There was no specific leadership education in the curriculum. Despite this, some prewar officers realized the need for trained leaders for a large mobilization.

In a long article published in 1915, Capt. Richard Stockton Jr. of the New Jersey Army National Guard advocated for more training camps such as those at Plattsburgh. The premise of his argument was that officers are made, not born. His argument, however, fell short of teaching leadership. It advocated for leadership training through the conduct of drill.

During the war, 90-day officer training camps provided almost half of all commissioned Army officers. Much of the instruction was based on a heavy dose of dismounted drill. No leadership instruction found its way into the curriculum. Leadership was assumed by virtue of education or came through practical experience of leading drill. Leadership as a specific subject was not formally taught.

Some NCOs showed excellent potential and were promoted from the ranks to fill commissioned officer positions. This caused consternation in the losing units, which had to backfill with men of lesser skills—and broke unit cohesion so necessary in combat. Leadership skills garnered by NCOs were primarily acquired by on-the-job training. It is clear from privately published period manuals, such as those produced by prolific writers such as Col. James Moss, that NCO leadership was primarily focused on direct-level tasks and example-setting. Army-published manuals provided checklists of NCO duties and responsibilities. None told NCOs how to lead. NCOs were viewed as executors of decisions made by officers and they were not expected to use initiative, even though evidence points to initiative as being a desired trait.

Former infantry sergeants like Whitfield Putman Shepard went on to become commissioned officers. Shepard retired as a major general after a highly successful two-war career. He was a notable exception. Such men succeeded in spite of leadership education and training, not because of it.

Several factors seem to have been related to leadership success in World War I. Leaders were expected to be technically competent. Referent power achieved with subordinates was only as good as the knowledge exhibited by leaders. Second, leaders had to be excellent examples and lead from the front. This required men to possess character, bravery and physical fitness. Bravery was an innate trait and something the Army could not teach.

The well was running dry in 1918 and as Faulkner alludes to in School of Hard Knocks, trained leaders were becoming a more difficult commodity to produce. Quantitatively, the goal of 200,000 officers stressed the system severely. Had the war lasted another year, the Army would likely have suffered significant problems finding qualified candidates without lowering standards.

The officer accession process immediately demonstrated mistakes. American Expeditionary Forces commander Gen. John J. Pershing directed the establishment and conduct of officer “fitness boards” just six months after the U.S. entered the war. Incompetence had reared its ugly head among the commissioned officers’ ranks and this was the way to weed out weak performers. The Army depot at Blois, France, was the center of the effort to adjudicate this problem. Reclassification boards were conducted to try to place officers in positions that would not be injurious to the Army and still provide a service. Considering the fitness boards were only in session for just over a year, the number of officers boarded is significant. As a measure of effectiveness, these boards demonstrated the qualitative leadership deficiencies within the AEF. Doubtless, many leaders who were marginal slipped by and were not boarded. Their poor leadership was reflected in postwar surveys, letters and diaries.

Despite the problems with accessions and lack of substantive leadership instruction, the AEF managed to still perform well under the circumstances. Leaders rose to the challenges and excelled under circumstances they were ill-prepared to handle. As Kenneth Hamburger wrote in Learning Lessons in the American Expeditionary Forces, “Transforming a young enlisted man into an infantry platoon leader is a daunting task in the best of circumstances even in peacetime; doing it in a few weeks in wartime is almost impossible.” Painfully, the Army found too late that with its predilection for drill and technical knowledge that competence did not equal leadership.

Lt. Col. Edwin L. Kennedy Jr., USA Ret., retired as an infantry officer after 22 years of enlisted and commissioned service. He is an assistant professor in the Department of Command and Leadership at the U.S. Army Command and General Staff College. He is a former tactics and history instructor at the college.