Retired Lt. Gen. Andrew P. Chambers, who joined the Association of the U.S. Army’s national headquarters staff in 1989 as director of industry affairs following his retirement from the Army, died June 3, 2017. He was 85. 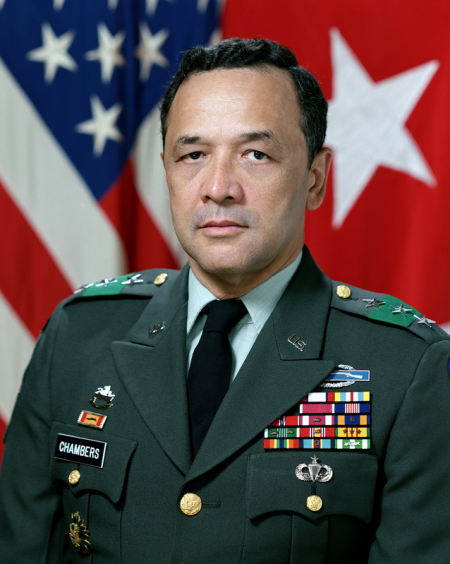 Earlier in his career, he commanded VII Corps and was the director of the Army’s Equal Opportunity Program.

After leaving the AUSA staff, Chambers was director of community service for AmeriCorps, and later was vice president, University of Maryland University College Europe.

Chambers is survived by his wife, five children, and numerous grandchildren and great-grandchildren, as well as, three of his siblings.

He was buried with full military honors at Arlington National Cemetery in Virginia.