Love Is at the Heart of Effective Leadership

Love Is at the Heart of Effective Leadership

The first time I heard the expression “Leaders should love their soldiers,” I dismissed it as corny, soft and unrealistic. Over the course of my Army career, however, my understanding of what it means to love soldiers grew steadily. I now believe military leadership entails a moral obligation to genuinely love soldiers in ways that are appropriate for senior-subordinate relationships.

I initially made sense of the dictum to love my soldiers by interpreting it strictly in military terms. I embraced the famous adage by German Gen. Erwin Rommel that “the best form of welfare for the troops is first-class training, for this saves unnecessary casualties.” 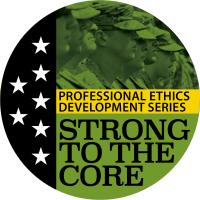 According to this approach, leaders love their soldiers by being professionally competent. It’s a task-oriented, “they may hate me now, but they’ll love me later” form of love that focuses on pursuing outcomes that are unquestionably good for soldiers—victory and survival. However, this approach can leave some soldiers feeling that they are mere cogs in the military machine. Even soldiers who win and survive due to great training and well-led operations can feel used and exploited by their leaders.

I observed a second, more individualized type of love in units during and after their combat deployments. It is the love of admiration and appreciation. When leaders witness their soldiers dutifully executing missions day after day, month after month—despite the fear, exhaustion and disillusionment they endure—intense feelings of respect and gratitude arise within the leaders.

This “Band of Brothers and Sisters” form of love often lasts for a lifetime and is evident at unit reunions. This love is sublime and praiseworthy but ultimately insufficient for leaders, for it is a love focused on the subordinate as a soldier, not necessarily as a person who possesses other meaningful identities. When soldiers are loved by their leaders because they performed their duties well in difficult circumstances, it’s a conditional love that’s best described as camaraderie. Soldiers may still be left feeling that they were merely brave, honorable cogs in the machine.

I had to admit that I unconsciously held the former attitude. I thought of my soldiers primarily as human resources to be developed, trained and led to accomplish missions. I did genuinely enjoy their company and care about their welfare. Nevertheless, I related to them as soldiers, not as people who had their own life histories and dreams. I didn’t think about how they had grown up as civilians and would likely live many more decades as civilians after they’d finished their military service.

Reflecting on these questions also opened my eyes to how deeply I wanted my own leaders to appreciate me for who I am, not only for what I could do for them and the unit. As a soldier, I wanted to believe that any leaders who might send me on life-threatening missions would at least recognize that my entire life, not simply the welfare of one of their soldiers, was at stake.

This “recognition of each soldier’s humanity” form of love has enormous practical implications in units. Leaders who see the humanity of their soldiers can empathize with them, and empathetic leaders are more effective and less toxic. They are also more likely to recognize the humanity of enemy combatants and civilians on the battlefield, and thus be more apt to lead morally in war.

Through my opportunities to study combat leadership and moral injury over the past two decades, I came to appreciate a fourth way that leaders can love their soldiers—by providing them moral leadership.

When soldiers enlist in the Army, they willingly accept risk not only to their lives but also to their souls. In their oath of enlistment, they vow to obey the orders of the officers appointed over them, knowing full well that those orders may require them to kill other human beings. Military enlistments are expressions of trust by the enlistees that their country will provide them with morally trustworthy leaders. Out of love for their country, soldiers allow their consciences to become vulnerable to leaders they have not yet met.

Soldiers in war want to do what’s right and honorable, but war creates conditions that make that difficult. Soldiers deserve leaders who direct and permit them to do only what is morally right, who help them make sense of the moral complexities of war, and who have earned the “moral capital” to steer them through moral dilemmas.

A fifth, most-demanding form of soldierly love is expressed when leaders put themselves at risk to protect their subordinates. One reason that combat veterans fondly remember (and even yearn to re-experience) their combat deployments—despite the risks and horrors of war—is the sacrificial love that characterizes many small units in war. For the only time in their lives, soldiers are surrounded by people who literally would die for them and for whom they would willingly sacrifice their own lives.

Leaders have many opportunities to sacrifice for their soldiers during peacetime operations, too. Unfortunately, when it comes to protecting their subordinates, some leaders are more willing to risk their own lives in war than their careers at home station.

I was privileged to witness a situation in which a leader did sacrifice his career to protect one of his soldiers. A good Army captain had made a bad error in judgment and faced a career-ending general-officer memorandum of reprimand (GOMOR). The captain’s rater, a lieutenant colonel, went to the general officer and took full responsibility for the climate in which his subordinate made the fateful error. “If someone’s career is going to end over this, let it be mine,” he reportedly said.

The general obliged him. The lieutenant colonel received the GOMOR and retired soon after; his once-high likelihood of promotion had been reduced to zero. The captain went on to achieve a successful career. I continue to be inspired by that leader’s example of selfless love for his subordinate.

From my first day as a military professional, I knew that I had a duty to lead my soldiers. Over the years, I learned that I also have a duty to love them, due to the unique character of military service. Military service is more than a job or even a vocation; it is a 24/7/365 relationship between soldiers and their leaders that involves the highest possible stakes—life and death, killing and dying.

Soldiers willingly risk everything they love for love for their country. They deserve leaders who love them back.