Look to Past for Modernization Lessons

Look to Past for Modernization Lessons

The interwar years between the Great War and World War II were a precarious period when industrialized military powers struggled to innovate with doctrine and tactics even as they incorporated emerging technologies.

Though Britain, France, Italy and the U.S. claimed victory in the most costly confrontation in European history, each power failed to fully leverage the multiplicity of combined arms and joint concepts initiated—yet never fully matured—between 1914 and 1918. The failure to realize this latent potential would exact a heavy price just two decades later when the stagnant democracies once again mobilized for global campaigns of imposing scale and mass against modernizing peer competitors.

Now, almost 75 years later, these institutional setbacks hold cautionary insights for the U.S. as it similarly transitions to great-power competition. The experience of the British Empire, in particular, remains relevant for U.S. forces as they focus on countering rising powers in Eastern Europe, the Middle East and East Asia that seek to limit American access and influence with increasingly sophisticated weaponry.

By understanding how the U.K. failed to modernize concepts, doctrine and technologies required to remain ascendant in combined arms warfare, contemporary militaries—including the U.S. Army—can better cultivate and leverage innovation in order to compete with diverse capabilities across all domains.

The British Empire began 1939 with unprepared naval, aerial and ground forces due to decades of fiscal deprivation and traditionalist inhibitions that stunted tactical innovation. While its military establishment grappled with issues ranging from anemic funding for its once dominant fleet to national unwillingness to maintain sizable expeditionary armies, its lackluster advancements in carrier-based air operations, close combat attack aviation and ground armored forces represented specific functions of modern warfare where it fell behind opponents. This trend toward parsimonious military development contrasted sharply with aspects of German and Japanese modernization and would ensure decisive setbacks for British forces when defending both home territory and colonial possessions between 1939 and 1943.

The Royal Navy had long been the world’s leader in battleship development when World War I exploded in 1914. Following the Anglo-Gallic victory over the Central Powers, the empire continued to maintain massive and costly battleships as the centerpiece of its Pacific, Atlantic and Home fleets. While it deployed small carriers with armed aircraft for battlegroup security and reconnaissance specialties, the British admiralty obstinately failed to grasp the offensive reach and strike potential of carrier-based aerial forces. As argued by naval historian Geoffrey Till, “The Admiralty generally viewed artillery action by line of battleships as the decisive factor in the main battle between fleets.”

As a result of this failure to fully incorporate emerging innovations in carrier-based aerial combat—exacerbated by competition over funding between independent air and maritime services—the British Empire began World War II without a single escort carrier in operation and maintained minimal quantities of dedicated maritime aircraft. At the onset of war in 1939, the Royal Navy operated just 147 obsolescent torpedo and reconnaissance aircraft while the Americans and, more ominously, the Japanese, boasted over 600 each. This lapse in innovation would spell disaster in the Far East for the former masters of the high seas and result in historic transfers of Pacific naval dominance to the Japanese, then to the Americans. 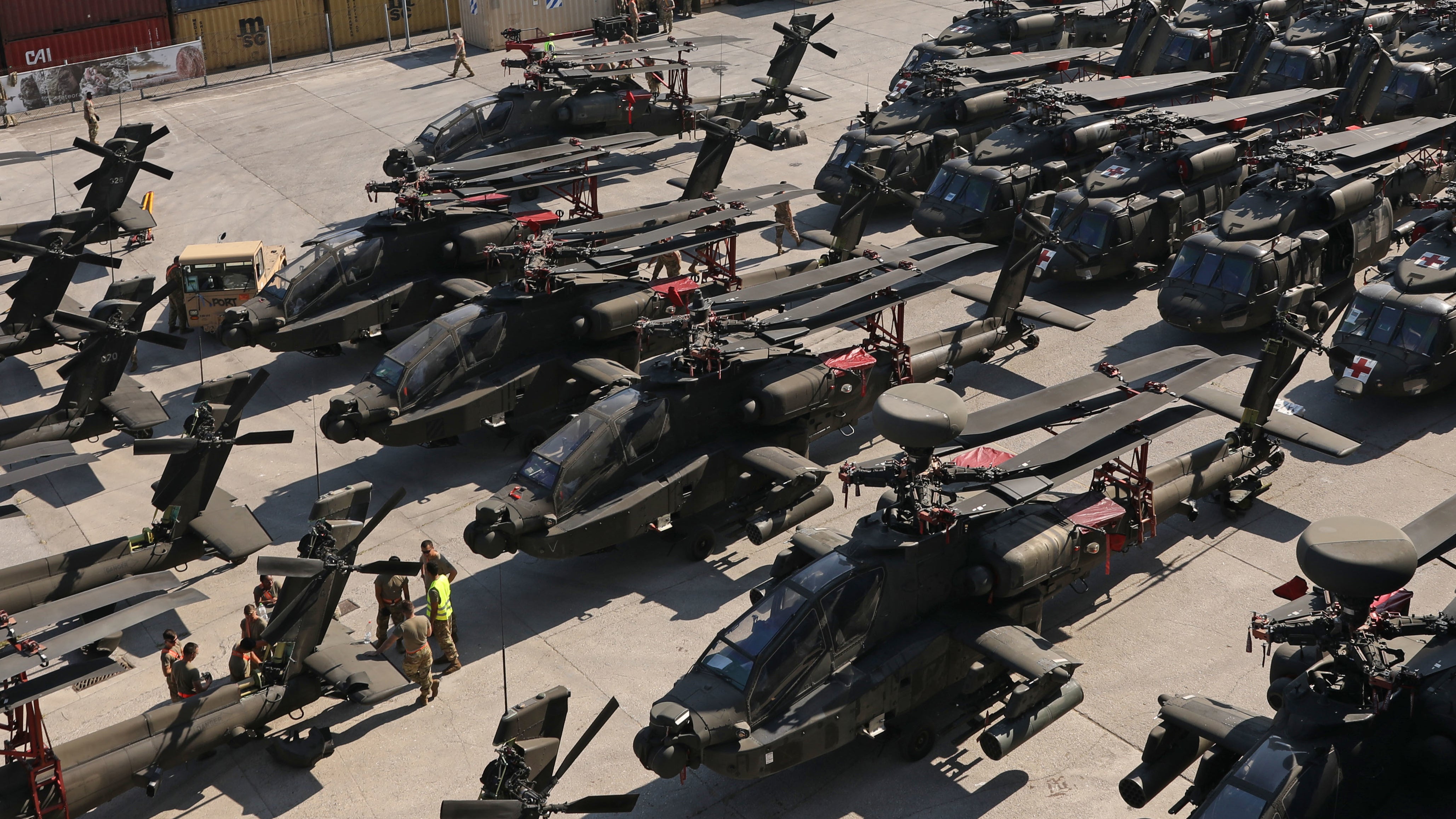 The Royal Air Force, which emerged from the Great War as the leading aerial service in the world, likewise failed to innovate and maintain parity with peer competitors during the interwar period. While British flag officers came to appreciate the potential and threat of strategic bombardment and accordingly emphasized the development of capable bomber and interceptor fleets, they conversely failed to innovate in the important enabling function of close air support for ground combat.

If the former represented a vital component for waging strategic, standoff warfare against distant enemies, the latter seemed an unnecessary investment in the kind of combined arms fighting on the continent that the British public viewed skeptically after the recent horrors of attrition-based trench warfare.

The resulting neglect of a robust close air support arm left the empire, and its hastily expanded armies, grossly unprepared for large-scale ground maneuvers in the early 1940s. In marked contrast to the Royal Air Force’s obsessive focus on strategic bombing, the Germans had invested more heavily in integration of attack aviation and maneuver ground forces during the final interwar years to avoid the crushing stalemate of the previous war. According to Till, the Nazi forces’ combat effectiveness in this regard “grew dramatically as the war progressed,” while opposing British capabilities “exhibited an inability to cooperate effectively with the ground forces” and emerged “ineffective on many levels.”

Armored warfare reflected a third arena in which the British failed to capitalize on an emerging and innovative technology first deployed during the Great War. Though senior army leaders authorized and funded a modest tank development program throughout the 1920s, the concept of a robust Royal Tank Corps failed to flourish in the face of traditionalism and fiscal prioritization. However, despite resistance by conservative infantry and cavalry communities, the British managed to resurrect their armored experiments in 1931 with moderate success in exploring deep penetration raids. Yet the tank maneuvers failed to meet inflated expectations by traditionalists who remained wedded to classic regimental systems and continued to believe massed infantry had proven decisive on the Western Front.

This failure to innovate again contrasted perilously with the developing tactical capabilities of future enemies. The Germans, similar to their investment in the Luftwaffe’s close support abilities, developed far more capable—though proportionally small—panzer forces that would come to symbolize the rising nation’s imminent mastery of the continent. According to Michael Geyer, historian of 20th-century German and European history, tacticians like Germany’s Heinz Guderian “wholeheartedly embraced the concept of decision-oriented, operationally independent tank warfare” as a doctrinal answer to the attrition-based conflict that had led to their previous defeat.

The results of these opposing investments in ground combat innovation would create numerous challenges and several humiliating defeats for the British army as it faced superior mechanized forces in France and North Africa through much of the war.

Preparing for the Unknown

The totality of the U.K.’s unwillingness to fully explore modernizing tactical, doctrinal and technological concepts during the interwar period ultimately left the flagging empire woefully unprepared for a second global confrontation. Even as German and Japanese competitors sought ways to achieve rapid territorial advances through integration of emerging capabilities, Britain failed to do the same with meaningful investments in carrier-based aviation, close air support and fast-moving armored forces.

This failure to innovate with critical aspects of joint and combined arms warfare would spell disaster for the island kingdom in 1939 and 1940, and require massive American intervention to stave off defeat.

British military lapses during the interwar years, though unique to that era, nevertheless hold cautionary insights for America in the 21st century. Even as the newest global leader emerges from two decades of counterinsurgency wars and transitions to great-power competition, it must balance investments in traditional arms with new concepts, doctrine and technologies in order to compete across domains.

While no statesman or general can predict the character of future conflict with certainty, an institutional willingness to challenge biases, war-game realistic scenarios and cultivate tactical creativity may provide the best preparation for the unknown. If British neglect left a costly example of how stagnation invites failure, American military ingenuity can, if genuinely inspired, demonstrate how institutional innovation can succeed.