A Letter to My Son On Joining the Infantry

A Letter to My Son On Joining the Infantry 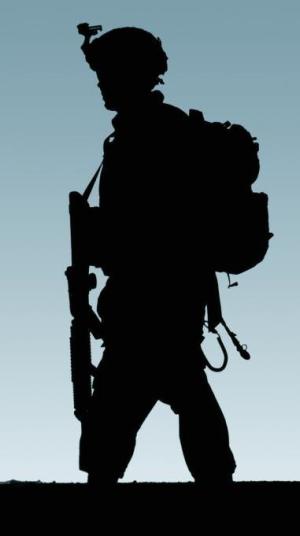 Today, you signed into your first duty station as an Infantry private in the U.S. Army. You’re following in some heavy footsteps—not only mine, but your grandfather’s and your brother’s. Your story doesn’t begin with us. A long time ago, your great-great-great grandfather fought at Gettysburg  as  an  enlisted infantryman. We’re all proud of you. I wasn’t the best private in the Army, but I think I was a good one, so I hope you won’t mind if I pass on some of what I learned along the way.

It might surprise you to know that you’re joining a select group. There are more police officers in New York City than there are infantrymen in the U.S. Army. The country has spent a lot of time and money training you, so you’re pretty special. You’re not only joining the best army on the planet; you’re now part of the pointed end of the spear. Be proud! But remember: You’ll be asked to earn that right every day. It won’t be easy.

In the days and weeks to come, you’ll be trying to assimilate—to become part of the team. Fitting in will be just about the most important thing in the world to you. It might not be easy. Your unit will wait and see before they give you their trust. They’ll be sizing you up. Many will be combat veterans, and they’ll be wary about accepting you until you’ve been tested. Don’t worry. Look them in the eye. Be respectful and don’t talk too much. Give them your very best, every day. You’ll make some mistakes. Just don’t make the same ones twice. Be in the right place, at the right time, in the right uniform, and you’ll be OK.

What’s it like in a rifle platoon? Basic training and the Infantry School challenged you, but you’ll find pretty quickly that soldiering in a unit is hard. Over the next few months, you’ll be colder, hotter and sleepier than you’ve ever been in your life. You’ll walk farther, run harder, carry more weight and be given more responsibility than you think. Along the way, you’ll be given all sorts of grunt work that won’t be fun or easy. That’s the life of a private. Just roll with it. It has to be done, and plenty of people will be looking at how you take the unpleasant tasks and deal with them, though you may not notice. All your life, you’ve heard me repeat: “Never complain, never explain.” It should be your code.

No one is interested in excuses in the Infantry.
What’s most important for an Infantry private? In my opinion, without question, your first priority should be to stay in great shape. Combat is unbelievably demanding, and that’s the reason to have infantrymen. A good infantryman is part pack mule, part distance runner and part linebacker. A big part of the game is avoiding injury, and the best-conditioned soldiers are the ones least likely to get hurt. If you go to war, the No. 1 thing that will keep you alive is being in shape. It takes hard work, some on your own time, but it’s worth it.

Close behind in order of importance is proficiency with your weapon. If you can’t hit what you shoot at, you’re not much good to anyone. It’s one thing to hit the target on a nice sunny day after a good night’s sleep and a hot breakfast, but it’s different when you’ve had no sleep, you’ve just climbed a mountain, you’re hungry, it’s snowing, and your target is moving and shooting back at you. You’ve got to be able to hit the target then, too. Ask for extra time and bullets on the range if you need them. Seek out coaching from your NCOs. Keep your weapon clean and in good working order at all times, and report any problems immediately. Commit to excellence with your weapon. Everything depends on it.

As you look around your platoon and company, you’ll see a lot of variety. There are riflemen, grenadiers, machine gunners, mortarmen and radiomen. You’ll work with hand grenades, demolition, pyrotechnics and mines. You should be an expert with your assigned weapon, but you need to be familiar with them all. In combat, it’s not uncommon for one man to go down and another take his place. In a pinch, you must be able to pick up any weapon and use it effectively.

How do privates get in trouble? Well, it’s not rocket science. Most of the time, alcohol is involved. There may be pressure to “overdo it,” get behind the wheel when you shouldn’t or drink with leaders. This kind of thing can lead to tragedy, and the Army is deadly serious about alcohol-related incidents. They are career killers, and sometimes outright killers.

The next minefield is safety. You’ll be doing very dangerous things with live ammunition at night. Listen carefully to what you’re told. Keep your weapon on safe except when you’re firing. Always practice muzzle awareness. Always treat your weapon as if it were loaded. Firearms and explosives are incredibly dangerous. They’re designed to kill people. Never forget that.

In your first days in your unit, you’ll probably see an amazing emphasis on sensitive items. Your weapon, night vision gear, precision lightweight GPS receiver, radios and aiming devices are all expensive and precious. Sergeants and officers get in big trouble when these items go missing, and it’s often a private who loses one. A good soldier never moves without being sure he can account for his sensitive items. Don’t expect forgiveness if you screw this up, because you won’t get any. 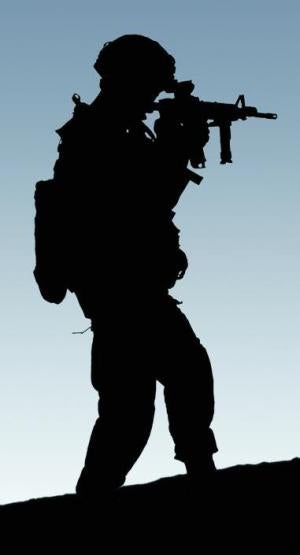 As a private, you are at the bottom of the chain of command. It’s important you respect that chain. There will be leaders you respect more than others. Keep it to yourself, because when you don’t, you undermine the chain of command—and that’s never good. If an order isn’t illegal, immoral or unethical, follow it cheerfully and to the best of your ability.

What does the Army expect of you? The  Army  describes  its “Warrior Ethos” like this: “I will always place the mission first. I will never accept defeat. I will never quit. I will never leave a fallen comrade.” Even as a private, your role in your fire team, squad and platoon is important.

Your buddies need and rely on you and your firepower. They need to know you’ll be there when it counts. Your life is precious and you should never be reckless with it, but if and when the time comes, you must be willing to fight.

That’s your job as an infantryman. There’s no point in sugarcoating it. Your job is to kill the enemy and take ground. As a famous general once said, other people will take care of everything else. From time to time, you may be asked to help out after a hurricane, put out forest fires, do some peacekeeping or help train the National Guard. Those are all good things, but at the end of the day, the American people pay you to kill the enemy. They pay you to take ground. It’s not pretty, and civilians won’t want to put it exactly that way, but that’s the job.

Having served in four wars, I can tell you that the world is a dangerous place and America will need its soldiers for a long time to come. Knowing what your purpose is will help you understand the Army and your place in it.

At times, you may wonder whether a good person should serve these ends—whether killing people and taking ground is entirely moral and ethical. Well, in a perfect world, there would be no need. Our world is far from perfect, though, and sometimes our leaders will decide that we have to use force to protect ourselves, our friends or the things we value most highly. They will answer to the American people for the rightness of those decisions. Your job is to apply that force.

This doesn’t mean there are no rules when you go downrange. In fact, you have an awesome responsibility. In a way, you’ve been given the power of life and death. To ensure you use that power wisely and appropriately, you’ll always operate under rules of engagement. They may be confusing, but however they’re written, there are a few things you should always remember.

Your right of self-defense is absolute. The rules of engagement can never take that away. If someone is shooting at you, you can always shoot back, but you must never intentionally target civilians, and you must always use force proportionally. That means you don’t use a hammer to kill a fly. Believe me, in war, civilians get hurt, and that stays with you forever. Don’t ever hurt them intentionally. That’s a crime.

I’m not saying that figuring all of this out under fire is easy. It’s not. The enemy may wear civilian clothes, hide among civilians or use them as shields. That’s the world we live in today. When in doubt, use your best judgment, follow your rules of engagement and do the right thing, and your chain of command will back you up.

I know you’re busy, so I’ll let you go for now. Your mother and I love you very much. We’re so proud of you and all you are doing—and will do—to keep us all safe. I think that as long as America is the home of the brave—and that means soldiers like you—America will be the land of the free. So good luck, God bless, and Army Strong!