Bruckheimer was cited for his “unmatched” work in telling the “Army Story” through films such as “Black Hawk Down,” “Pearl Harbor,” and the soon to be released “Horse Soldiers.” 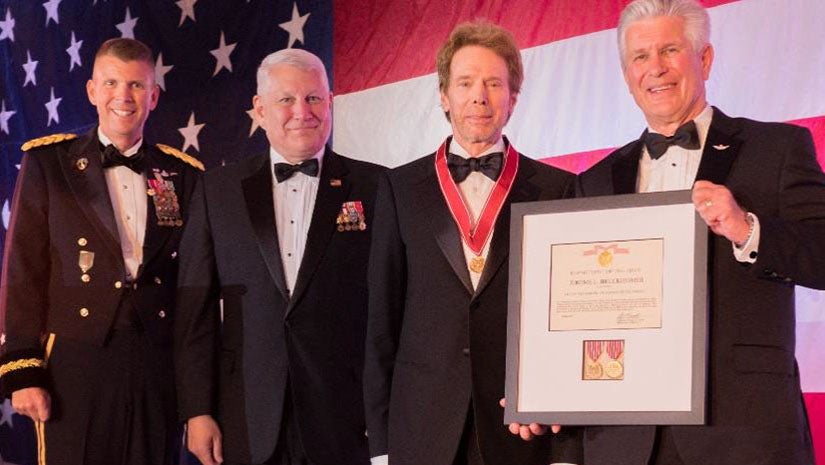 This award, one of the highest awards given to a civilian by the Department of the Army, was presented at the AUSA ball by Brig. Gen. Jeffrey Broadwater, commander of the National Training Center, Fort Irwin. Calif., who represented the Army chief of staff.

The recognition also honored his support of all military personnel and first responders through his productions such as: “Top Gun,” “Crimson Tide,” and the “CSI” television series, to name a few.