Is It Time to Change Army Culture?

Our Army needs to rethink how it produces plans and orders during active combat and how it manages its officers.

Our Army’s penchant for overdetailed, hyperscripted planning procedures—resulting in operations orders that are hundreds of pages long—is for dull, unimaginative people who are good at slavishly following a cookbook recipe. It is not for people who possess the spark of combat creativity. It is an American penchant that makes some allied armies laugh at us. It is a gem of military history that great German generals, with two or three key staff officers at their side, wrote operations orders in minutes, using the hood of their personal vehicle as a desk.

Our writing out multiple “branches and sequels” in our mandatory process of planning the next battle is a fruitless attempt to eliminate the uncertainties of war. Uncertainty is a basic condition of war, and the best battlefield commanders thrive on uncertainty. 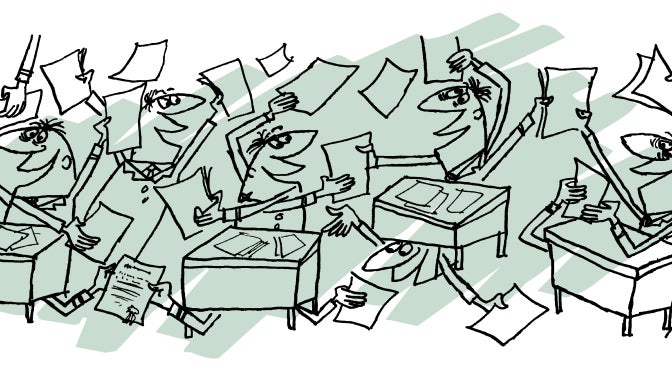 We attempt with our branches and sequels to forecast what we will do if this happens and how we will react if that happens, leaving no possibility unaccounted for. Given the unpredictable chaos of battle, however—in which an intelligent, willful enemy gets a vote in what happens—such attempted forecasting is a waste of time and effort. A free-thinking and active enemy, a change in the weather, an unforeseen delay or blunder, the random whims of luck—and the fact that information about the situation is never complete and frequently wrong—will inevitably combine to produce situations not dreamed of in all our branches and sequels.

Far better than overscripted staff procedures is a certain quality that should be part of the mind of every battlefield commander. The French call this quality coup d’oeil, the “stroke of the eye” that enables the great commander to look at the terrain of a future battlefield and instantly intuit how to place his soldiers and weapons on that terrain to defeat the enemy. Napoleon had this quality. The parallel German concept to coup d’oeil is fingerspitzengefühl, the “fingertip feeling” that enables the great commander to quickly and intuitively sense how the chaotic ebb and flow of battle is playing out and to issue new orders to his forces accordingly. Rommel had this quality. 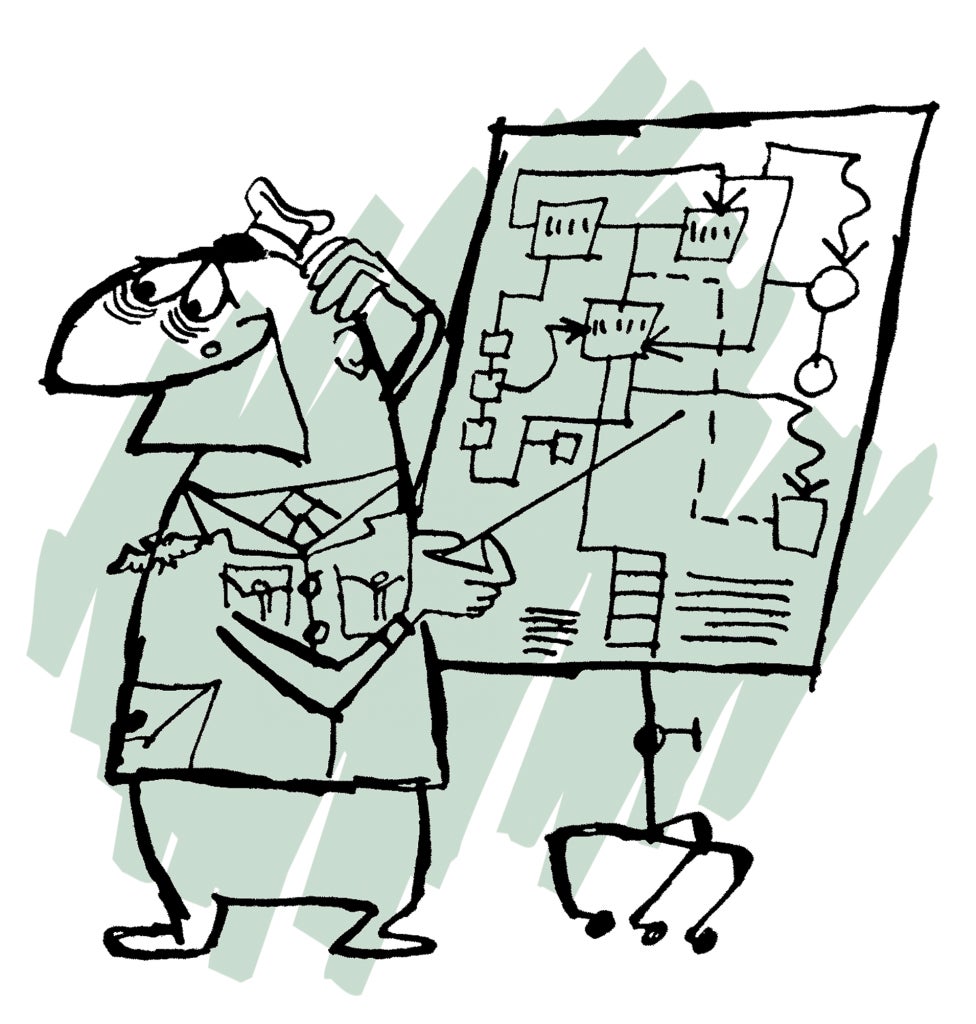 Using an English-language phrase, we could say George S. Patton Jr. had the sixth sense that enabled him to understand a constantly changing battlefield situation and rapidly act on his understanding—always faster than either his fellow American or opposing German commanders could. His pedestrian superior officer, Omar N. Bradley, criticized Patton for being a poor planner. Perhaps Bradley envied how Patton delivered victory after victory by boldly following his inner light rather than bogging himself down in rigid staff procedures. We need to find and nurture more Pattons.

Chapter 3 of U.S. Army Field Manual 5-0 Army Planning and Orders Production is headed by a quotation from Patton: “A good plan violently executed NOW is better than a perfect plan next week.” Ironically, however, the following 64 pages of that chapter quash the Patton spirit by mandating a planning process of overscripted complexity. For just one example, our staffs prepare three courses of action for every operation because Figure 3-19 in Chapter 3 seems to say so. The three courses of action are then presented to the commander for him to choose from.

What’s magic about three courses of action? Why not two? Why not four? Standardized procedure wrongfully trumps an intelligent sense of what any given unique situation requires. This insistence on a point of procedure causes the common vice of staff officers creating one or two courses of action that are intentionally so bad the commander can instantly discard them in favor of the one course of action the staff already knew he wanted. Ginning up courses of action to deliberately see them quickly dismissed is a criminal waste of time and effort in wartime situations, in which every drop of time and effort is precious and irreplaceable.

Worse, having the staff prepare three courses of action from which the commander is to choose implies a disturbing passivity on the commander’s part. Under the time crunch of combat, a great commander looks at the ground, looks at his own forces, looks at the enemy and—quickly—tells his staff that “this” is the one course of action he has decided on. He sets his staff to work doing the coordination to make his plan work. He and his staff win the deadly race against the enemy who is simultaneously trying to figure out what to do and how to do it.

Based on the above, I propose the following: 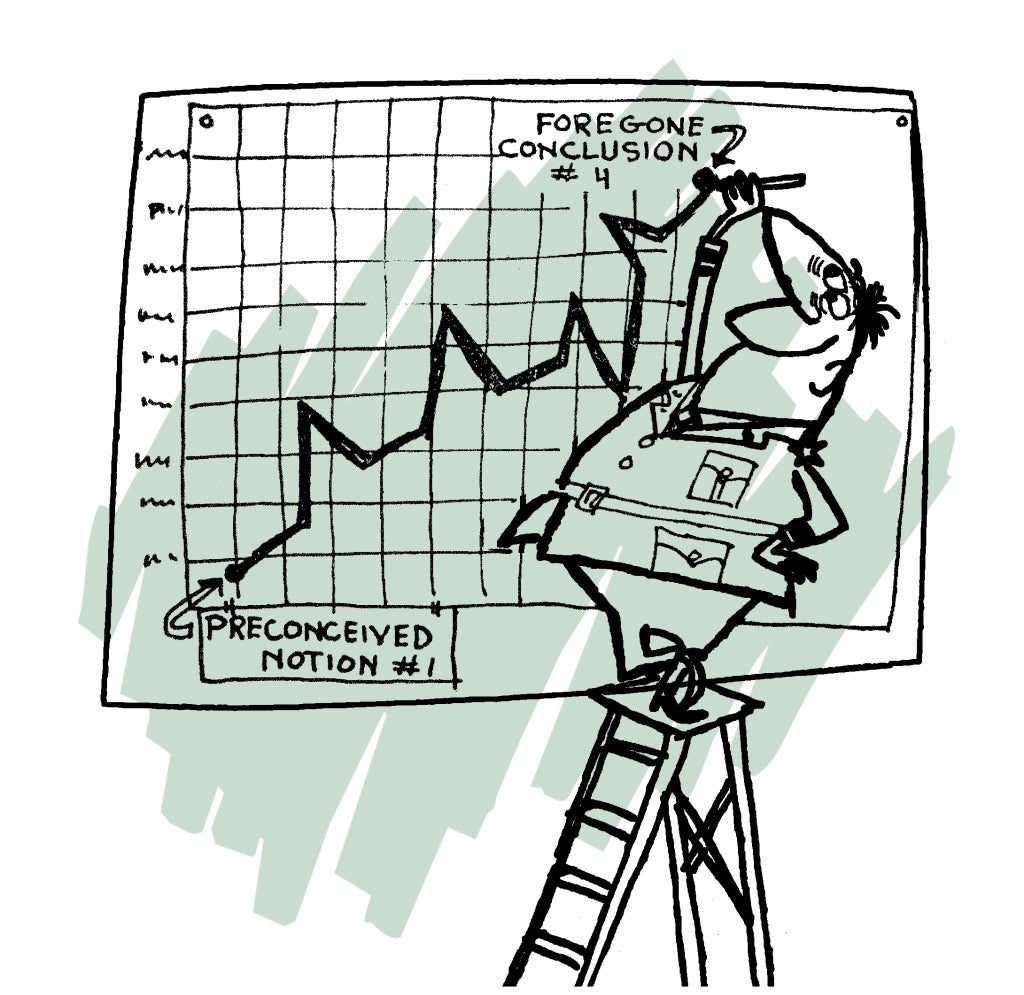 The ideal commander is:

The ideal staff officer is:

Examples include Berthier (Napoleon’s chief of staff), Moltke the Elder and Marshall. And yes: Eisenhower and Bradley.

The natural staff officer who is put in command in times of high-stress combat will be unnerved by the enormity of his responsibility, be immobilized by his worries and will seek the safest course of action (example: McClellan). This behavior is not fatal if the officer is commanding a force enjoying tremendous material superiority over the enemy—which is what saved Eisenhower and Bradley; however, if he is commanding an outnumbered, outgunned force, his aversion to daring and boldness will be fatal.

The natural commander who is put in a staff slot will be bored, cynical and self-pitying—he will feel like he is suffocating. His miserable attitude will be a hindrance to the higher good. He will be prone to sloppiness and carelessness in his duties, assuming too much about what other staff officers are doing without bothering to check. Marshal Nicholas Soult of France was an excellent battlefield commander and fighter, but he was a disaster when he had to fill in for the deceased Berthier as Napoleon’s chief of staff during the Waterloo Campaign. 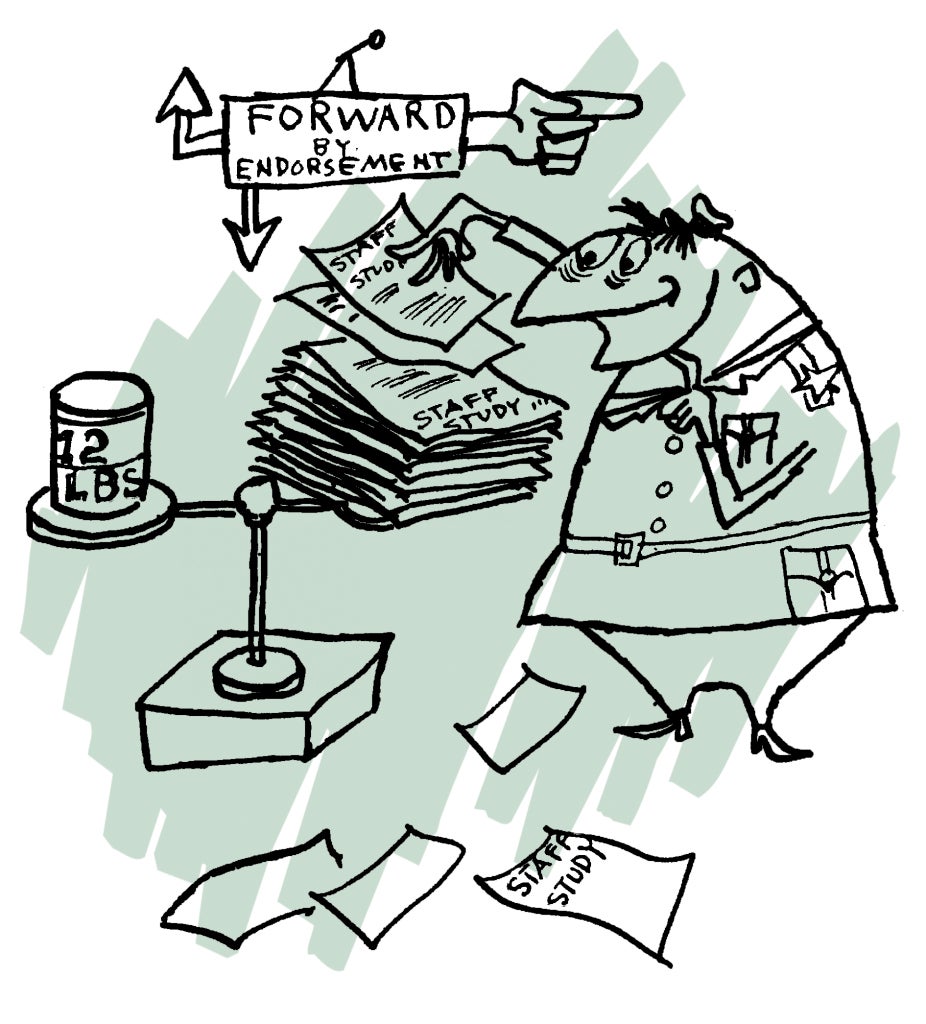 Patton’s performance ratings from his staff officer times were poor. Fortunately for the Allies, Marshall and Eisenhower had enough sense to know they needed a larger-than-life battlefield prima donna, and they knew where to find him. In time of war, necessity can make anything forgivable, and as soon as the war was over, they made Patton go away. Not even the necessity of war could rescue the brilliant, charismatic, maverick Terry Allen from the safe, solid, dull Bradley.

Furthermore, leadership by PowerPoint and email is killing our ability to ever again produce somebody like Patton. Computers, emails and PowerPoint slides are a scourge that threatens to make commanders indistinguishable from staff officers.

Demands from higher headquarters for more information and more staff coordination will always expand to choke whatever new communications technology has just been invented.

First corollary: Computers are not labor-saving devices. They are labor-creating devices in that they enable more people at more echelons to micromanage more numerous and more inane issues than ever before.

Second corollary: The deluge of extra information made possible by computers does not improve combat effectiveness, because the sheer volume of information now exceeds the brain capacity of the average human commander to absorb and use in a reasonable time. The wise commander must now know when to turn off the deluge and revert to applying classic commander’s intuition—his “feeling in the fingertips” in the old German phrase or his “stroke of the eye” in the old French phrase—just like the best commanders have done since Alexander the Great. Also, the extra work for staff officers made possible by computers does not improve combat effectiveness because almost all of this extra work is needless “eyewash.” An old-fashioned textual after-action report describing a recent firefight is a better and simpler tool than a high-tech, high-gloss computer graphics storyboard.

These two truths apply to any battlefield:

First, if a commander at any level has something to say, then what he has to say is so important it must be said voice-to-voice with a radio or telephone or, even better, face-to-face.

Second, anything that needs to be said that is less important than what the commander has to say should be said by staff officers and can be appropriately said via email.

Due to the scourge of personal computers, the character of the combat leader is debased while the character of the office bureaucrat is exalted. In today’s Army, an officer who is mediocre at staff work will be passed over for command. His personality traits that could make him an ideal commander will be lost to the Army. Our Army has cut itself off from developing more Pattons. What precious few Pattonesque higher commanders there are reached their current positions in spite of, not because of, our Army’s culture.

In conclusion, our Army should rethink its battle planning process with a view toward streamlining the process while emphasizing the commander’s role as the guiding visionary. Our Army should consider separate career paths for commanders and staff officers of promise. In addition, our Army must liberate its bold battlefield leaders from the shackles of personal computers, emails and PowerPoint slides. We need our Army culture to develop our next Patton, not restrain him.

Maj. Stephen W. Richey, USA Ret., served as an enlisted Armor crewman from 1977 to 1979 and graduated from West Point as an Armor officer in 1984. He served in various assignments in Germany, Ethiopia, Iraq and the continental U.S. Richey holds a master’s degree in history from Central Washington University and is the author of the book Joan of Arc: The Warrior Saint.