No U.S. military service sacrificed more than the Army in the 14 years of continuous combat that followed 9/11. Over two-thirds of American casualties in Iraq and Afghanistan were soldiers, and the service’s plans for a transformed force of the future were eclipsed by the unceasing demands of multifront counterinsurgency warfare. So now a grateful nation is preparing to reward its Army by restoring the service to a reasonable level of peacetime readiness, modernization and force structure—right?

Wrong. Just as it sacrificed more in wartime, now the Army is suffering more in the fitful peace that has followed. Not that “peace” is the right word to describe what the joint force confronts today. When the last iteration of the national military strategy was released in 2011, nobody thought that one day soon Russia would be invading its neighbors, China would be building military bases hundreds of miles from home, and jihadists would control much of Syria and Iraq. A revised military strategy was released in July with about as much fanfare as might be expected from the Justice Department’s Witness Protection Program. 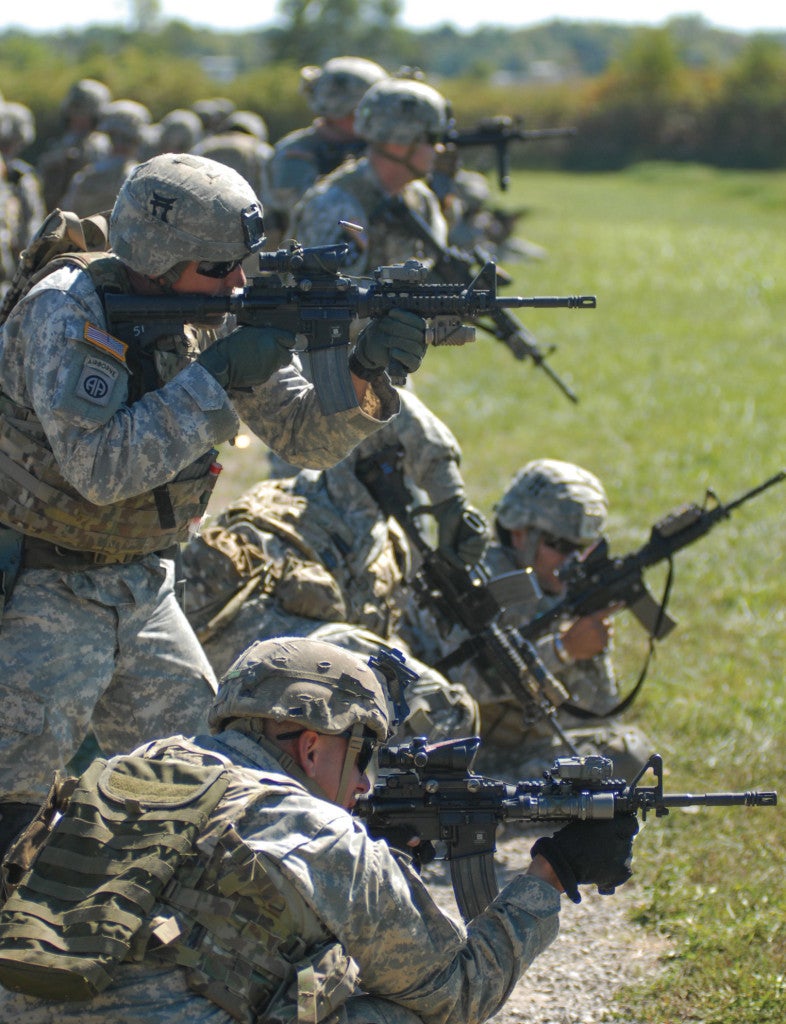 In the midst of this spreading chaos, the Army is not only being told to shrink—it announced a reduction of 40,000 more active-duty personnel in July—it is also being asked to accept a reduced state of readiness, defer maintenance of its physical infrastructure, and delay major modernization initiatives into the distant future. Other services are being asked to live with less too, but none of them is taking the kind of cuts the Army must absorb. Its share of the Pentagon’s base budget has fallen to less than a quarter—23.7 percent, actually, if President Barack Obama has his way in fiscal year (FY) 2016—and modernization plans have been pared by roughly half.

And that’s assuming budget sequestration doesn’t happen in FY 2016. If it does, Army leaders will have to contemplate draconian reductions in force structure, readiness and modernization. The only reason senior Army leaders have signed up for this Olympic-scale mismatch between resources and requirements is that the entire joint force is subject to congressionally mandated budget caps, and the caps are set to expire early in the next decade.

What if the threat of sequestration goes away and the Army still gets no relief? What if after stretching and straining for two decades to meet its obligations, it discovers national strategy and the political culture are more inclined to channel budget resources to the other services? That is what the balance of this article is about. More precisely, it is about the very real possibility the military department with the smallest budget share—the Army—will end up footing much of the bill for new Air Force planes and Navy warships. 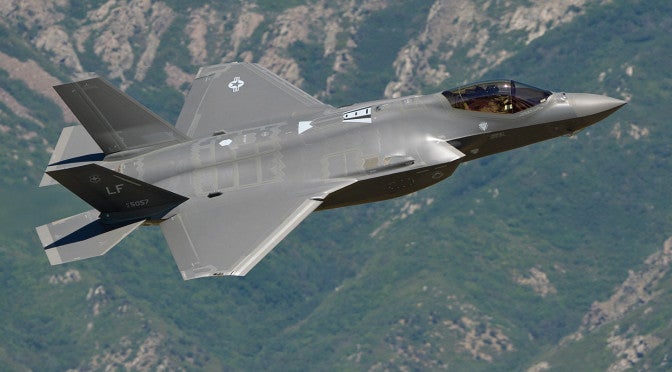 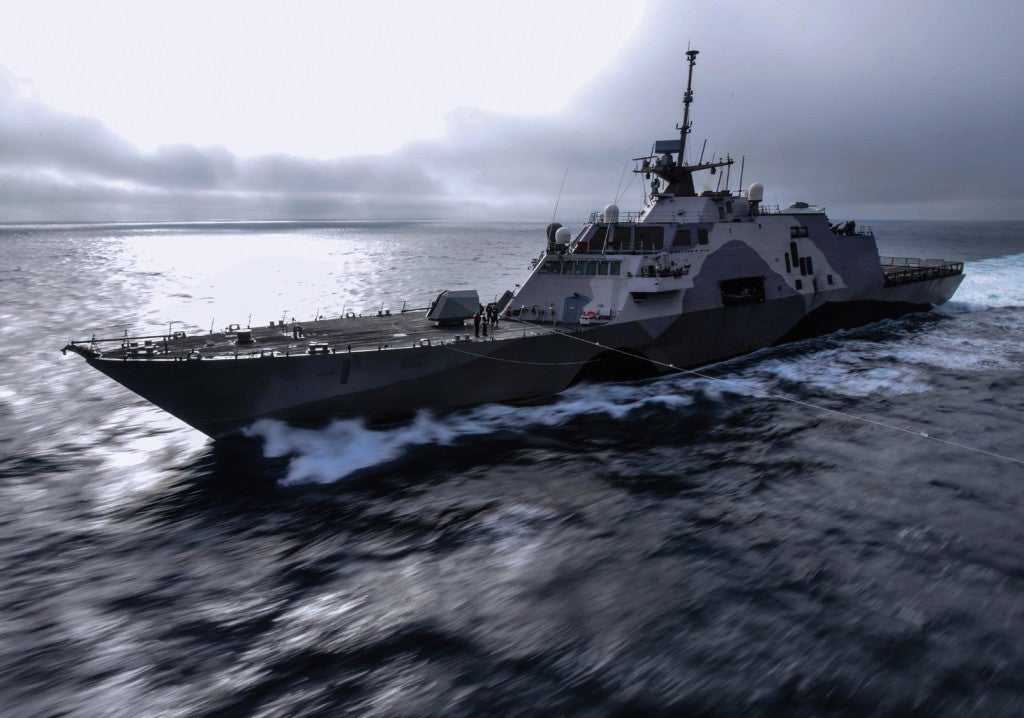 The place to start in understanding how that could happen is by looking outside DoD, at the federal government’s overall fiscal condition. It is not good. Spending is rising faster than tax receipts, mainly because of slow growth in the economy. As a result, even with the 2011 Budget Control Act as amended in effect through 2023, the Congressional Budget Office projects new federal borrowing will increase every year between now and 2025. The cumulative federal debt will reach $20 trillion in fiscal 2018, meaning a mere 1 percent increase in interest rates would raise annual payments on the debt by $200 billion.

In such circumstances, it would take a truly imposing threat to significantly raise defense spending. The more likely outcome is that military outlays will decline as a share of the economy and the budget. At the moment, the defense budget represents about 3.3 percent of gross domestic product, but it’s projected to fall to 2.6 percent in 2020. Obviously, there’s a case for giving defense a bigger share of the budget, but that would require cutting other programs, raising taxes or increasing borrowing. Each of these moves is opposed by political constituencies with the power to block them.

The bottom line on fiscal conditions is that the only way the military is likely to get a big new infusion of money is if a threat comes along that can’t be ignored. In the absence of such a development, military force structure, readiness and modernization needs will have to be met at resource levels not much higher than they are today. The Obama administration’s approach has been to take a disproportionate share of defense savings out of modernization, but coming as it does after two decades of low investment in military technology, that strategy now threatens to saddle the joint force with outdated, hard-to-maintain gear. The Army’s near-term modernization plan, for example, consists largely of upgrades to combat systems that originated in the Reagan years.

That brings us back to the issue of national military strategy. Strategy determines the requirements the joint force must meet, and thus sets priorities for what kind of modernization program should be funded. The military strategy the Obama administration embraced after U.S. troops departed Iraq had a distinct bias in favor of air and sea power. That resulted partly from a decision to shift the U.S. strategic focus to the Asia-Pacific region, and partly from a determination to limit the presence of U.S. ground forces in places where they might be put in harm’s way. Given the frustrations associated with waging military campaigns in Iraq and Afghanistan, the bias in favor of air and sea power—as reflected in concepts such as the Joint Concept for Access and Maneuver in the Global Commons, formerly known as AirSea Battle—can be expected to persist regardless of who wins the White House next year. 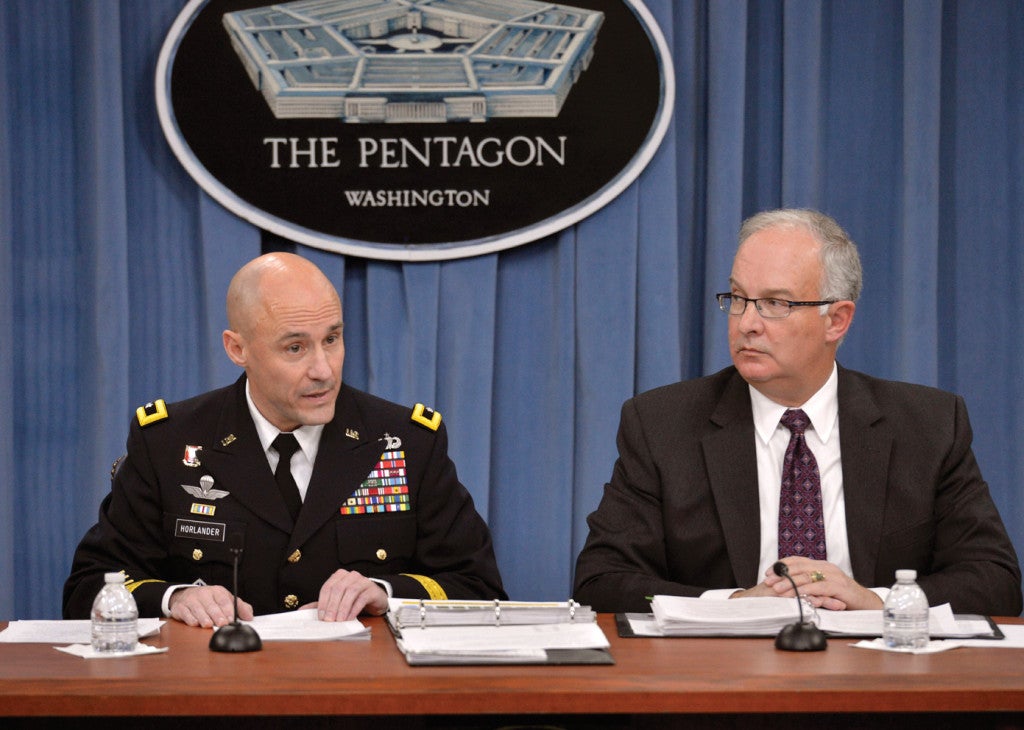 What makes the bias in national military strategy especially salient for Army fortunes is the major modernization challenges the other services face in a constrained fiscal environment. For example, the Navy must commence serial production of a new ballistic-missile submarine in the next decade because the ones that make up the most survivable leg of the nuclear triad are retiring. The service has yet to figure out how it can afford the annual bill of about $5 billion per sub without drastically scaling back other parts of its shipbuilding program. In the case of the Air Force, chronic underinvestment in new planes has produced a geriatric fleet that averages 28 years of age. Many of its bombers and tankers are over 50 years old. They all must be replaced soon.

Clearly, if the next administration needs to make hard choices on modernization because of spending limits and it harbors the prevailing preference for air and sea power over land power, then the Army might become a bill payer for Air Force and Navy needs. Furthermore, the budgetary trade-offs might not be confined just to the so-called investment accounts. After all, the Army’s entire procurement request for fiscal 2016 is $16 billion, which wouldn’t even cover the annual cost of the F-35 fighter and the Navy’s sub replacement program during peak production years. To adequately modernize the other services, budgeteers might eye Army force structure or readiness accounts.

In years past, that kind of realignment in resources would have been unthinkable because Congress was full of veterans who had served in the Army during World War II, Korea and Vietnam. It isn’t like that today; according to USA Today, less than 20 percent of Congress has any kind of military experience. The Army can’t count on having its equities defended on Capitol Hill. Some legislators understand that the threat posed by the Islamic State group and a resurgent Russia is mainly on land rather than at sea or in the air, but they don’t want to see boots on the ground in such places any more than a typical voter does. The Army then has to scramble to explain its relevance to national strategy.

The priorities that might lead to a spending shift undermining Army programs are already apparent in the Obama administration’s most recent budget request to Congress, issued in February.

The exposition of future needs in Army budget documents seems less concrete. In fact, the conclusion of the Army’s FY 2016 budget briefing states flatly that “the Army has no major new modernization programs until the next decade.”

The stage is being set in the political system and within the Pentagon for a modernization agenda that is dominated by the combat systems of other services. If the road to implementing that agenda in a fiscally constrained environment dictates further cuts in Army force structure, readiness and physical infrastructure, there are plenty of analysts in Washington, D.C., ready to explain why that makes sense in light of current geopolitical trends. Thus, the Army’s funding challenges may not go away when the Budget Control Act lapses.

Loren B. Thompson is chief operating officer of the nonprofit Lexington Institute and chief executive officer of Source Associates, a for-profit consultancy. Previously, he was deputy director of the Security Studies Program at Georgetown University and taught graduate-level courses in strategy, technology and media affairs there. He has also taught at Harvard University’s John F. Kennedy School of Government. Thompson holds a bachelor’s degree in political science from Northeastern University, and master’s and doctoral degrees in government from Georgetown University.