How to Nudge the Army Onto a Different Course

How to Nudge the Army Onto a Different Course

For many young leaders, the Army can be a frustrating experience. They see areas that can be improved upon, but quickly become frustrated with conservative leadership, bloated bureaucracies and navigating a system that can favor time in service and rank over good ideas.

In 1970, economist Albert O. Hirschman published a treatise titled, “Exit, Voice, and Loyalty.” While the essay falls within the area of economics, it offers some food for thought to leaders serving in the Army today. Hirschman compares two competing paths that members of an organization can take when the organization isn’t performing to a preferred standard.

The first is a passive route, with people showing their displeasure by exiting the organization, hoping their exit will send the message that there is a problem and someone else needs to fix it. We’ve seen several “innovators” take this path and write op-eds from the outside. However, in many cases, they are yelling into the wind because they are no longer part of the organization and lack the buy-in maintained by those who are still in.

The next route is for people to use their voice, which is the tougher of the two; it’s a path that means staying and fighting to change whatever is broken. If this seems like a daunting task, it’s because it is. Gen. Donn Starry, who in the late 1970s reformed the way the Army fights, recognized this in a journal article when he wrote, “Reform of an institution as large as our Army is problematic under the best of circumstances.”

So how can an officer who chooses to stay and fix the system gain a fighting chance?

In reviewing cases of change in both the military and the private sector, we found that credibility played a key role in becoming a change agent. Because credibility increases trust, leaders were more likely to be successful in bringing about change in their organizations. In 1913, only four years after graduating from the U.S. Military Academy, George S. Patton successfully lobbied the Army to adopt a new model of saber and doctrine. He gained credibility by authoring a logical argument in The Cavalry Journal and was able to do so in part because he studied at the Ecole de Cavalerie in France. As J. Furman Daniel III noted in 21st Century Patton: Strategic Insights for the Modern Era, “Through his synthesis of practical knowledge, military history, and theory, he made a convincing case that a new saber design and doctrine were long overdue.”

At  Microsoft Corp., CEO Satya Nadella changed the culture of the 130,000-person company within a few short years. He transformed it from a fixed-mindset culture to a growth-mindset culture. And within five years, its share price tripled. His success was based on the credibility he built within the company as he rose through the ranks. His reputation as a successful, mild-mannered and intellectually curious manager inspired employees to get on board with his change efforts.

More recently, a former brigade commander told us that the credibility he earned through focusing on the things his division cared about gave him the maneuver space to innovate in other areas. He equated this to gaining credits in one area that he could spend in another.

What can we learn from these three brief examples?

A key component to being a change agent is gaining credibility. This doesn’t take 20 years, but it does take time. Develop your knowledge base and gain a reputation for being competent and trustworthy. Be a team player and problem-solver who can predict issues and friction points ahead of time, but also recommend solutions.

Every assignment and new rank offers a chance to earn credibility. Leaders, peers and subordinates will watch how you approach the learning curve at each stage. If they judge you to be both a leader with competence and character, they are more likely to get on board when you attempt to change an aspect of the system.

This brings us to our next point: You are going to need an alliance.

In their book Changing your Company From the Inside Out: A Guide for Social Intrapreneurs, Gerald Davis and Christopher White argue: “Innovations spread faster when they are conveyed by the right people with the right set of connections. Even a highly contagious innovation will flounder if it only circulates in the periphery.”

Your network matters. Patton positioned Gen. Leonard Wood along with people within the Army Ordnance Department on his side. Nadella proved his worth to former Microsoft founder and CEO Bill Gates and the rank-and-file employees. And the brigade commander got the division commander in his corner.

One way to build an alliance is through writing for professional publications. If you can logically argue your points and provide sound recommendations, you’re more likely to get senior leaders, peers and other interested leaders in your corner. 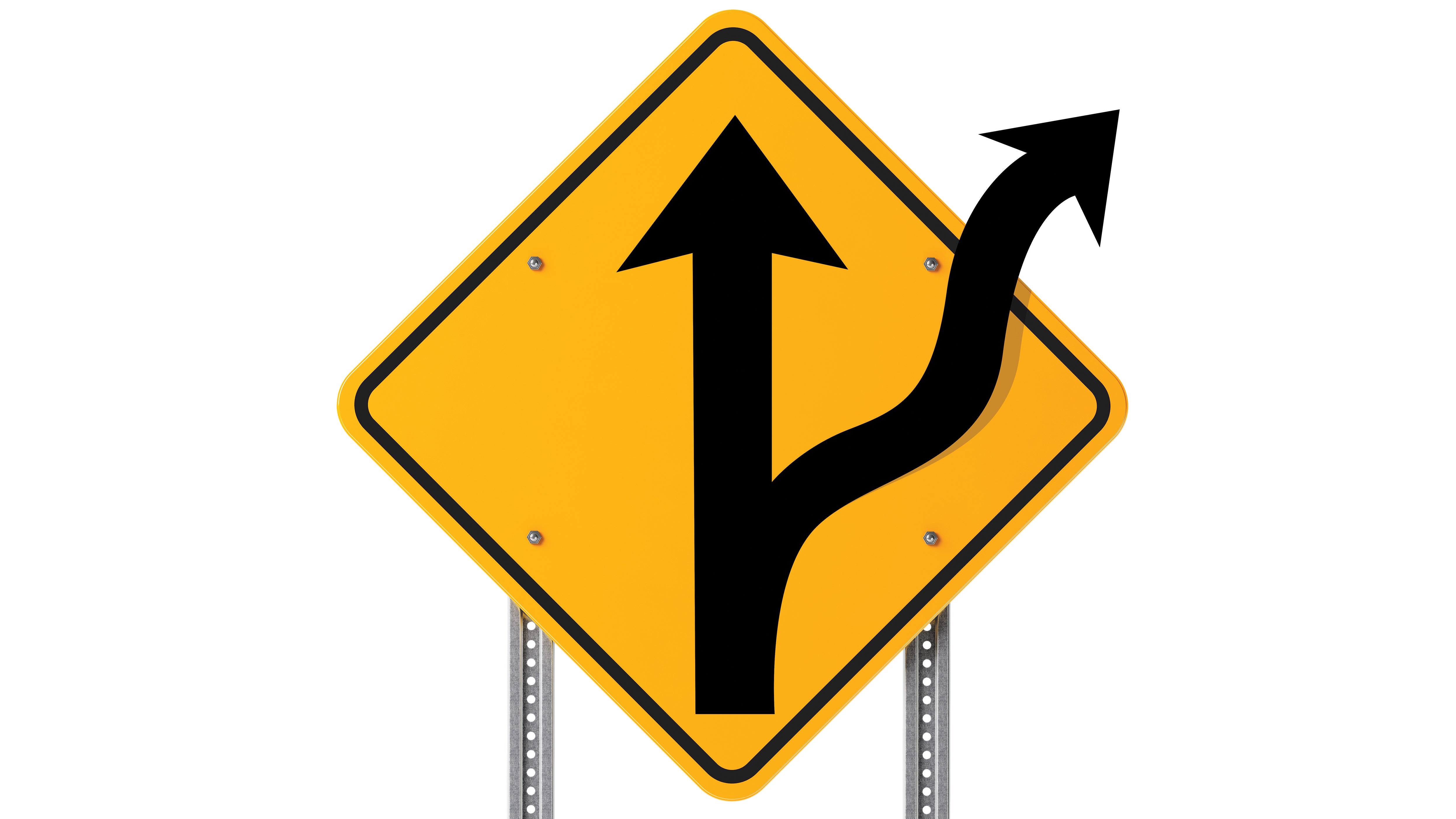 There are a number of journals and online blogs and forums to amplify your voice. Another byproduct of writing is that it hones your argument and typically will provide you with quick feedback (both good and bad) from readers.

Social media platforms such as Twitter, Facebook and LinkedIn are also great for linking into the professional networks of innovative leaders. It’s not all snark and memes; there are some leaders from across the Army who are active posters and listeners on Twitter. We once witnessed a general reach out to a junior officer who was struggling with his chain of command not supporting a career decision. In 280 characters, the junior officer got a senior leader in his corner.

Another great way to gain an alliance is to build it in an informal setting outside the chain of command. With most Army posts no longer having a traditional officers/leaders club, some say there is a decline in informal, after-work sharing of ideas over a beer and stale popcorn. However, in the past couple of years, there’s been a resurgence in these gatherings—off-post. Whether they’re sponsored by the Defense Entrepreneurs Forum, Strategy Bridge or are just informal meetups at the local pub, such gatherings are making a comeback. Junior and midgrade officers are linking up to talk about specific topics, bring in a speaker or just get together and chat.

Focus on What You Can Change

You can learn a lot about innovation and change when doing it at lower echelons. Start within your own formation. There are always areas we can improve in our organizations. Squad leaders and platoon sergeants can make improvements to how we manage maintenance programs, run a range or organize for a gunnery-skills test. Platoon leaders can change how training is scheduled or develop interesting ways to build their team.

As a company commander, one of the authors of this article wanted more options for soldiers to get out of the barracks on the weekend. At his level, he instituted a program that incentivized soldiers participating in fitness events, community service and grabbing books from the local library. Members of his company participated in weekend races, helped build a home for a wounded veteran and read countless books.

When the other was a student at the Naval War College, he wanted to create a forum where students and professors came together in local pubs in Newport, Rhode Island, to discuss defense issues. He created a venue called “Drink and Think,” which is now held in similar formats all over the world.

Last summer, the Rakkasans of the 101st Airborne Division (Air Assault) hosted an innovation panel, bringing in subject-matter experts from across the innovation space to talk techniques and the importance of instituting change at the tactical level. More recently, they signed an education partnership agreement with Vanderbilt University, Tennessee, sponsored by the U.S. Army Futures Command.

You never know when your innovative solution to a problem will make history. During Operation Cobra in World War II, the Allies had difficulty maneuvering through the bocage country in Normandy, France. These centuries-old hedgerows prevented the Allies from breaking out and using maneuver to their advantage. Sgt. Curtis G. Culin is credited with building the modern rhino, a welded metal cutter made from German defensive barriers and attached to the front of tanks to bulldoze through hedgerows.

More than 60 years later in Iraq, U.S. soldiers developed the modern rhino to help defeat passive infrared IED triggers. Stories are told of soldiers strapping a toaster to the end of a metal frame. This was transformed into the ammunition can with glow plug that could be set at different intervals in front of the truck to hopefully trigger any IEDs.

We are presented with problems every day that offer opportunities to change the environment for the better. They also give us the experience and the skills to implement larger changes as we gain time and experience.

The Army is a large bureaucracy and at times, can frustrate the best of change efforts. However, that doesn’t mean change is impossible. For those who choose “voice” and stay in, there are ways to tip the scales in their favor. In choosing to stay, you learn the landscape, gain credibility, build an alliance of senior and junior leaders, and start affecting change where you can.

As director of the Next Generation Combat Vehicle Cross-Functional Team, Brig. Gen. Ross Coffman is leading the Army’s effort to replace the Bradley Fighting Vehicle. He’s made a career out of being innovative, and he will influence how we fight in the future.

We discussed the exit vs. voice question with him. He pointed out that leaders who leave the Army lose their voice. When asked what advice he would give to a company grade officer thinking of getting out because they can’t change the system, he asked, “If you get out, then who will drive the change you want?”