Five months after the start of the new fiscal year and just weeks before the continuing resolution (CR) currently funding the government expires, the House passed the fiscal 2017 defense spending bill.

It now heads to the Senate where it faces an uncertain future. 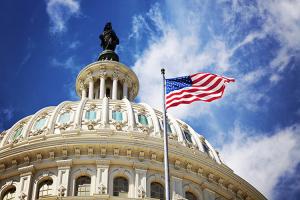 Senators, mired in efforts to confirm President Trump’s cabinet nominees with a Supreme Court nominee battle on the horizon, are already suggesting that they may try to pass a single spending package which would include the defense spending bill, the remaining appropriations bills and any supplemental funding requested by the administration.

Failure to pass the defense bill as stand-alone legislation or as part of an omnibus package means that the government will continue to operate under stop-gap spending, a move that creates chaos for the Department of Defense.

Budget dollars are placed against needs and priorities of previous years, leaving the priorities and needs of the current year unfunded. The end result of all this is, at a minimum, things cost more and they take longer to get.

He added, “Temporary funding provided through a continuing resolution precludes the start of new projects, wreaks havoc with responsible budget execution and sows uncertainty in the ranks.”

The defense bill would give the Army some money to begin reversing its active-duty drawdown of recent years, maintain a combat aviation brigade in South Korea, and support four Apache attack helicopter battalions in the National Guard.

The Army’s share of the newly proposed 2017 defense budget is about $140.2 billion, including the service’s share of overseas contingency funding.

The bill provides some funding to support the Regular Army of 476,000 soldiers, which would be 1,000 more than authorized last year and 16,000 more than planned for in the final budget proposal of the Obama administration.

“The singular most important duty of Congress is to provide for our nation’s defense, and the rebuilding of our nation’s military starts with this bill,” said Rep. Rodney Frelinghuysen, R-N.J., the appropriations committee chairman.

He also noted, “This legislation provides responsible funding to ensure that our troops have the resources they need to remain the very best in the world.”

The bill funds a 2.1 percent military pay raise for all troops, half a percentage point more than the Obama administration had requested in its final budget blueprint.