The U.S. Army’s aviation force is working on improvements to sustainment and maintenance, but it will respond immediately with all available resources if and when the call to action comes, a panel of Army leaders said at the Association of the U.S. Army’s Hot Topic forum on Army aviation.

“If there is a platoon of four Black Hawks, and we can’t get one or two off the ground, we’re going with the remaining two,” said Maj. Gen. Douglas Gabram, commanding general, U.S. Army Aviation and Missile Command.

Adding, “But, we have to be able to get there, and to do that, our aircraft and equipment have to be in Fully Mission Capable (FMC) condition.” 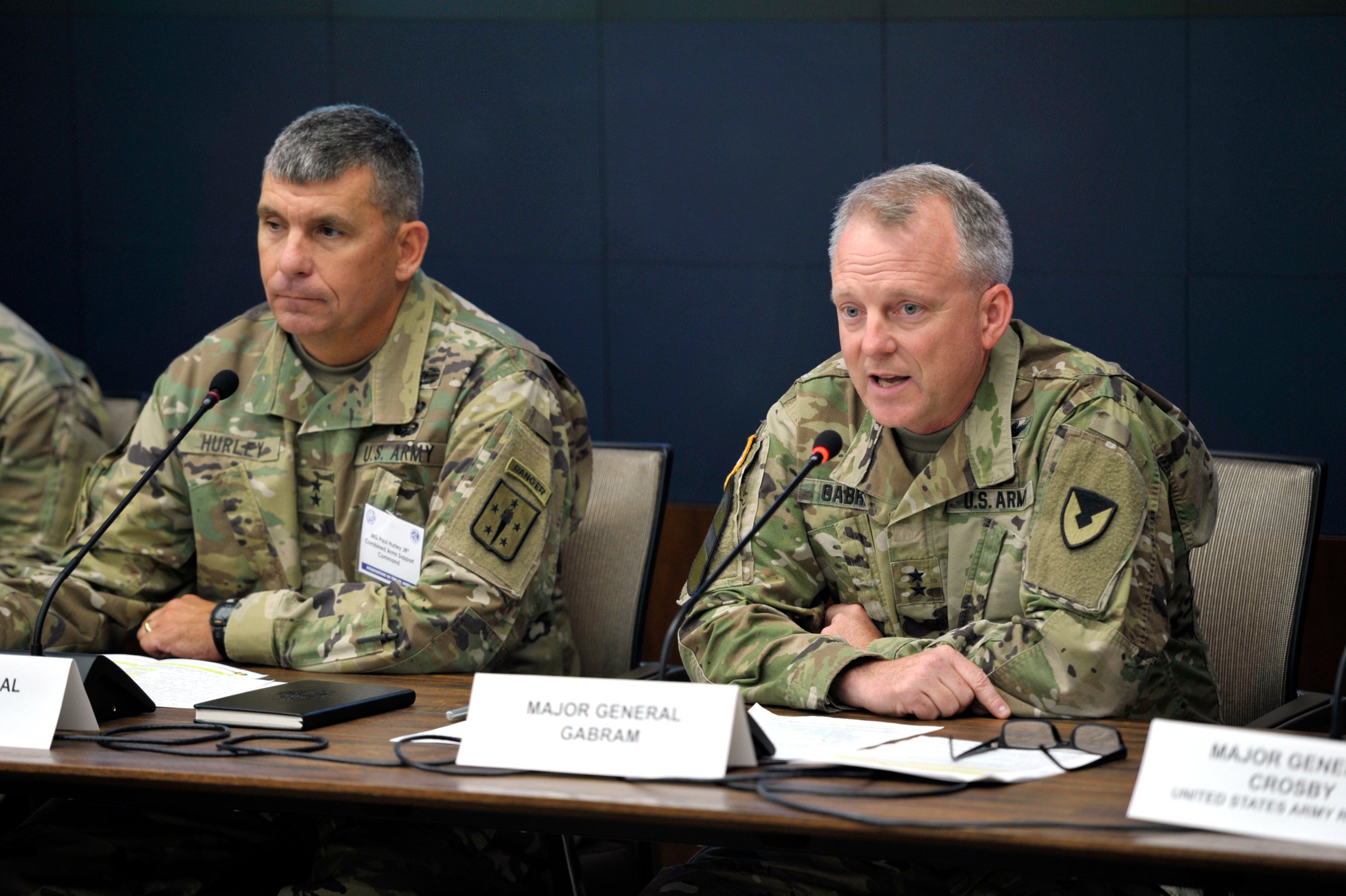 Each morning, Gabram said, he receives a status report on the condition of all Army aircraft worldwide.

The current FMC rate for the AH-64 Apache is 71 percent, the UH-60 Black Hawk is 75 percent, and the CH-47 Chinook is 77 percent. While these numbers could be higher, they meet the standards set by the Department of the Army, he said.

That translates to a significant decrease in aviation supply back orders, down from 7,000 to 4,600 in half a year, Gabram said, adding, “We’re working on it – but the goal is 100 percent.”

Aviation capabilities have to deploy on short notice, conduct combat operations upon arrival, be prepared to move multiple times, and sustain themselves with the smallest possible footprint, said Maj. Gen. Paul Hurley, Jr., the commanding general of U.S. Army Combined Arms Support Command and the Sustainment Center of Excellence.

The environment of the future fight will greatly affect logistics support, Hurley said.

“As you try to generate maneuver options for the commander, the most flexible force you have is Army aviation,” Francis said.

When multiple cross-domain operations are taking place simultaneously, sustainment becomes a challenge, he said. Across the aviation force, logistics support needs to be tailored for each specific mission and operating environment. “One size fits all doesn’t actually fit all,” Francis said.

As the Army looks for future aircraft options, maintenance and trainability are key concerns, Francis said.

“You have to have a highly trained force, and most of that force comes from enlisted personnel,” Chambers said. “17 years of the global war on terrorism has eroded some of our proficiency when it comes to aviation maintenance.”

Adding, “We’re developing a maintenance trainer proficiency program, and we’re looking at our AIT [Advanced Individual Training] instruction to ensure we’re teaching the most relevant tasks to young soldiers going into the branch.”