Fitting In At Home and Abroad

As our role in Afghanistan recedes, the Army and the wider defense community must look toward the future. The debate continues in Washington, D.C., and beyond on the appropriate role of ground forces. With substantial defense cuts now a reality, the nation’s civilian and military leaders are seeking to build an efficient, innovative and capable force. It must be a force that provides a full range of options for current and future presidents but does so in a cost-effective way.

Our nation need look no further than the men and women in their own communities who have served with distinction in combat overseas and in response to disasters here at home: the soldiers of the Army National Guard.

As the nation transitions from major combat operations and seeks to reduce the size and scope of its military, a fresh look at what each service and component provides is required. In the case of the National Guard, there is a synergy among the three functions outlined by Grass. Successful preparation for the combat mission has been absolutely essential in ensuring success in the other key tasks—protecting the homeland and building partnerships. 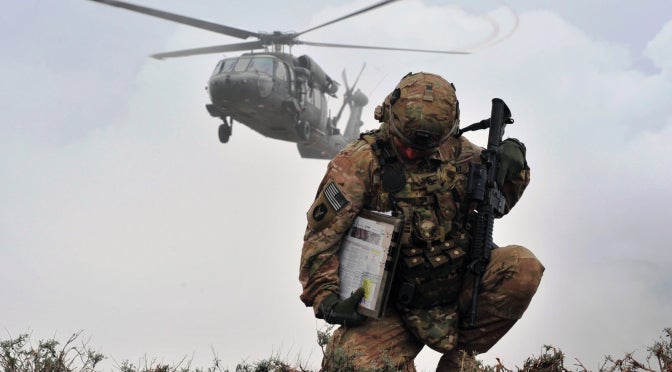 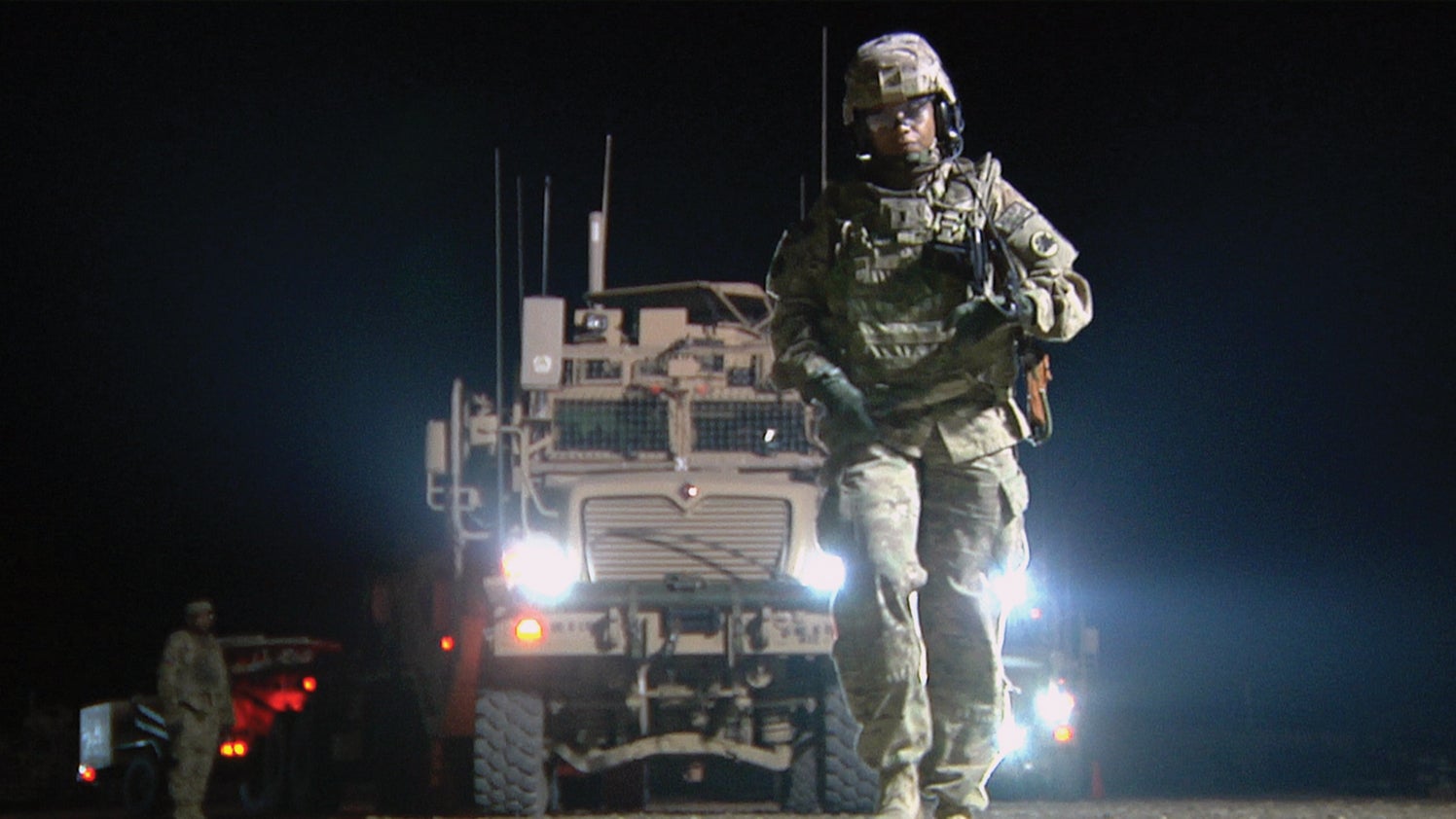 Over the past 13 years of war, the Army has come to operate as a true “total force,” relying on the combined strength of all components. In order to meet urgent demands, the Army National Guard has transformed. No longer a Cold War-era strategic reserve, the Guard has become an everyday, active part of the U.S. military’s global operations. Soldiers and units have received the latest equipment in order to complete emerging missions. Funding for more frequent medical and dental exams and treatment has paid dividends in increased personnel readiness. Guard leaders and First Army have worked together to eliminate inefficiencies and reduce post-mobilization training time by 60 percent between fiscal years 2007 and 2012. Commanders and staffs at every level have become accustomed to large-scale mobilizations.

When Army leaders talk about the transformation of the Army National Guard from a strategic reserve to an operational force, these are the types of changes they are referring to. They are concrete and measurable achievements that have resulted in the best-staffed, best-trained and best-equipped Guard in our nation’s history.

The quality of the force can also be measured by the number of Guard soldiers who have gained invaluable experience in fighting and leading in combat; nearly half of today’s Guard soldiers have deployed. Guard formations have performed the most complex missions our Army has undertaken over the past decade of fighting two wars, from brigade combat teams leading counterinsurgency operations on the ground to attack reconnaissance battalions performing close combat attack in the skies of Iraq and Afghanistan. They have been recognized for their service: Guard soldiers have received four Distinguished Service Crosses, 21 Silver Stars and 386 Bronze Stars with “V” device for heroism in combat, as well as more than 2,500 Purple Hearts for wounds suffered.

Guard leaders know that the key to their domestic success is the training and experience gained in performing their overseas missions. It forges teamwork, hones leadership, and refines tactical and technical skills. States have become well-versed in the administrative and logistical tasks associated with the rapid execution of complex mobilizations. These same skills and capabilities are necessary whether the activation is for overseas or domestic service. In the process, enduring partnerships have been built between active component commanders, National Guard commanders, U.S. Northern Command and states’ Joint Force Headquarters.

A great example of the capacity and depth that the Army National Guard provides in domestic response was during Hurricane Katrina in 2005. At that time, more than 80,000 Guard soldiers were mobilized for operations around the globe. As the storm approached New Orleans, the nation went into action, mobilizing more than 50,000 soldiers from every state and territory in preparation for and response to the storm.

While the Katrina response was historic in scope and scale, the Guard demonstrates its unique dual role by responding to large and small incidents alike. In fiscal year 2013 alone, Guard soldiers served more than 385,000 duty days in a non-federal status, responding to 132 distinct events in every state, two territories and the District of Columbia. That’s the equivalent of more than 1,000 soldiers per day, every day, all across America, deploying in their communities with limited or no advance warning. And 2013 was a slow year in comparison to most of the previous decade.

As Grass frequently says, “The scene of a disaster is no place to exchange business cards.” Guard soldiers are forward deployed in their communities. They already have key relationships with local first responders. This was clearly demonstrated in the fall of 2012 when the Guard was again put to the test with the response to Superstorm Sandy. Eleven states, with aggregate populations of more than 100 million, experienced a wide variety of destructive weather. The entire Mid-Atlantic and Northeastern U.S. felt the brunt of the storm. 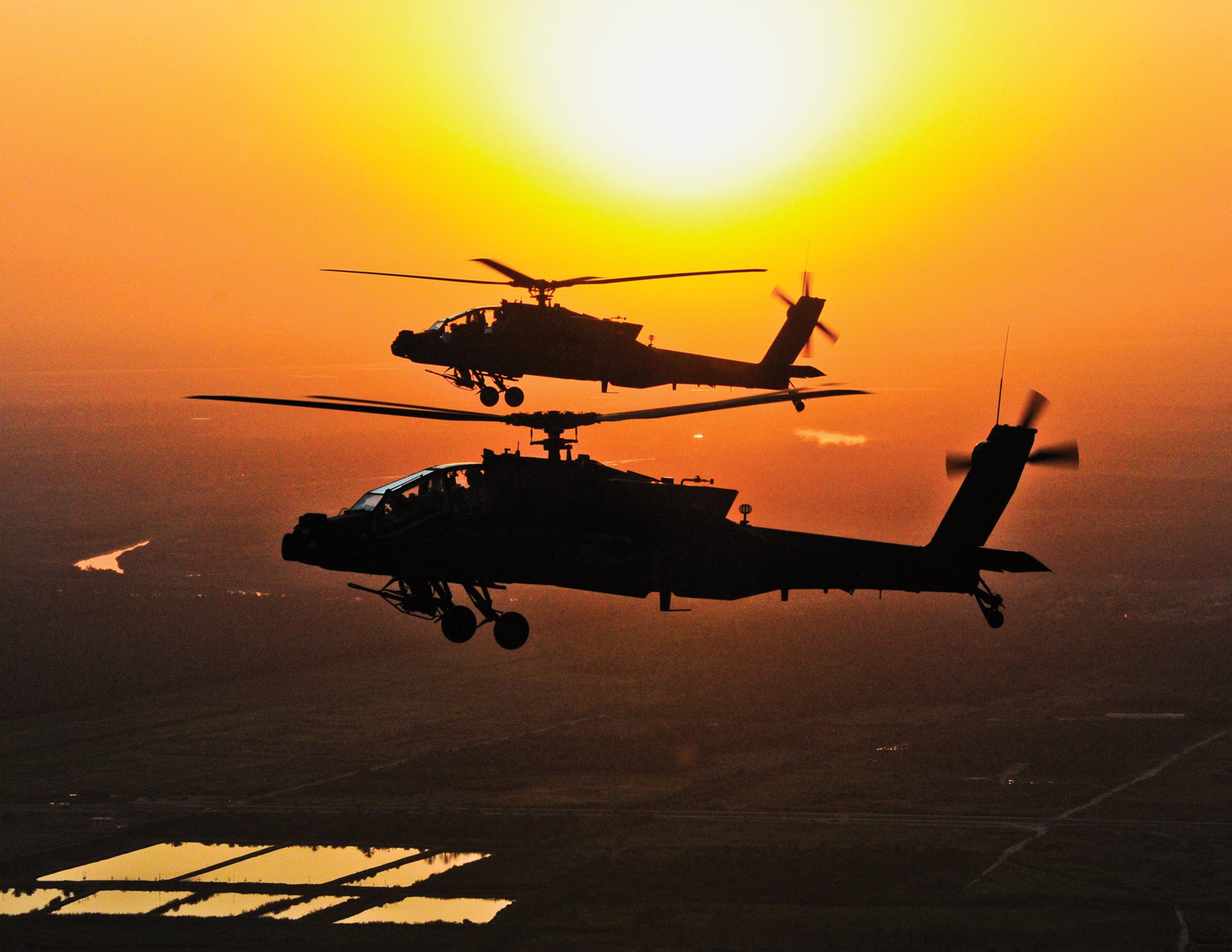 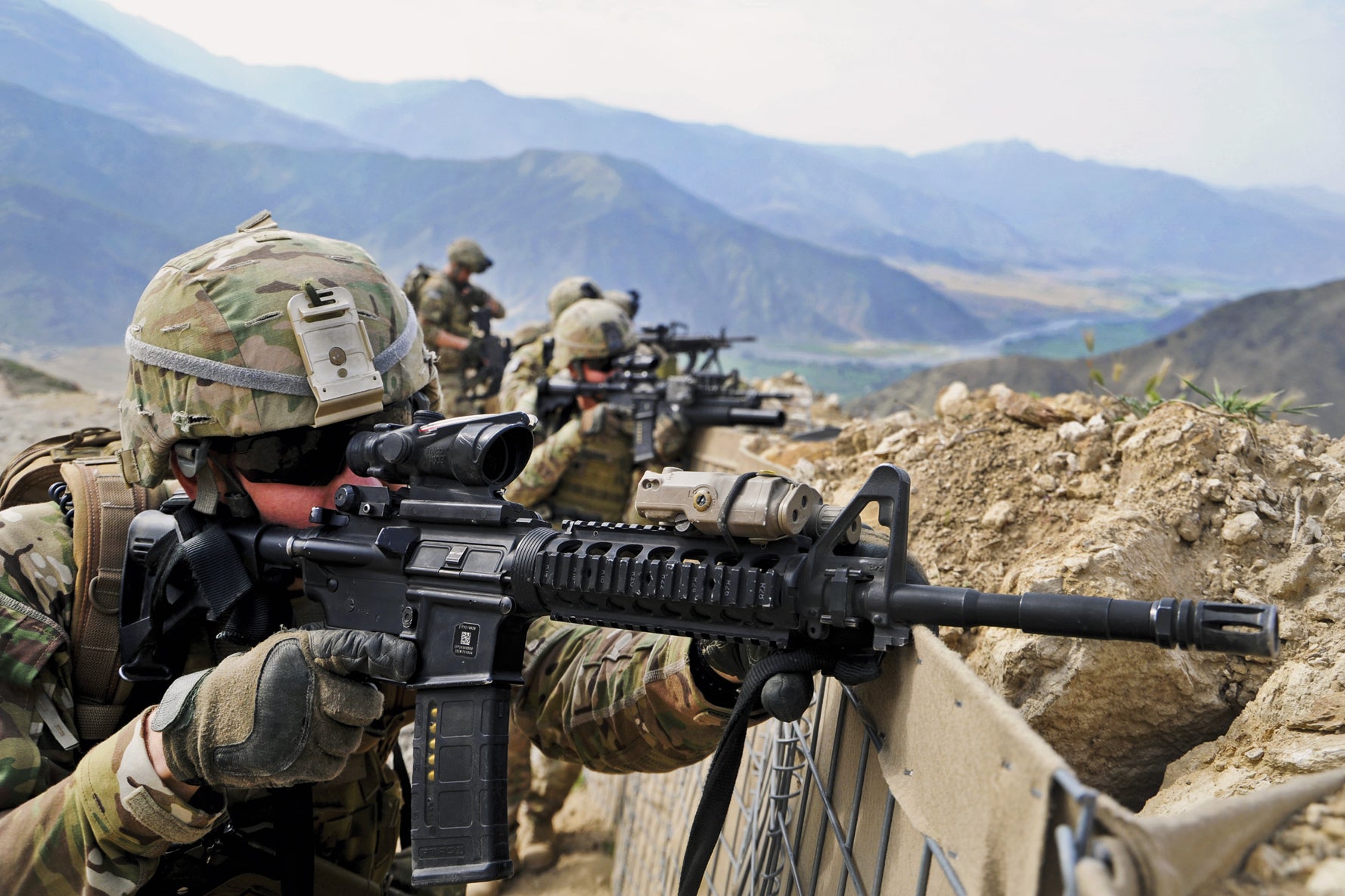 Because of the partnerships that had been forged since Katrina and because of increased combat and deployment experience, many of the obstacles experienced in 2005 were nonexistent in the response to Sandy. Of particular importance, new authorities were put to use, allowing commanders to be dual-status (commanding both National Guard and active component servicemembers simultaneously). As a result, governors and high-level federal commanders had a single, streamlined channel of command and communications to military assets regardless of status. Soldiers from the active Army, the Army Reserve and the National Guard, in addition to airmen, sailors and marines, all worked together to rescue citizens, protect property and restore order.

The Guard’s role in protecting the homeland today does not end with emergency response. More than 50 percent of DoD’s chemical, biological, radiological and nuclear (CBRN) response enterprise is resident in the National Guard. This includes the earliest-deploying units like the 57 full-time weapons of mass destruction civil support teams, which are designed to arrive on the scene of a CBRN incident within the first three hours.

As part of U.S. Northern Command’s integrated defense mission, the Alaska Army National Guard staffs the Army’s sole ground-based midcourse defense battalion, protecting America from ballistic missile attack. The skies over Washington, D.C., have been protected by Army Guard air defenders and missile batteries since 2003. We’ve partnered with U.S. Cyber Command to stand up the first of 10 Army Guard cyber protection teams in the past year, leveraging the civilian skills that our soldiers bring to this emerging mission. 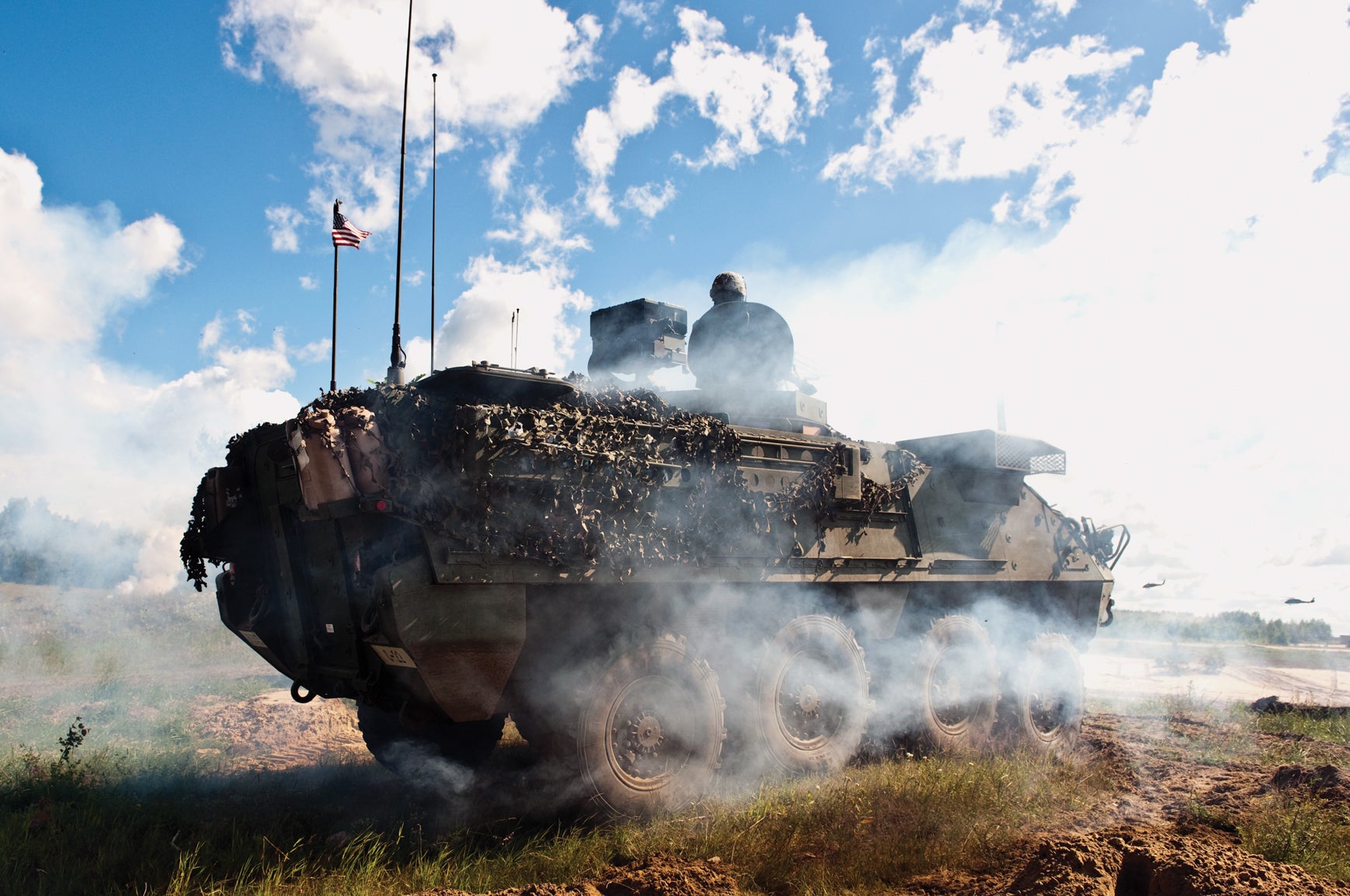 Soldiers from 2-104th Cavalry, Pennsylvania Army National Guard, deploy smoke and fire heavy machine guns from a Stryker during a battle simulation in the Baltic in June. (Credit: U.S. Army)

While the National Guard continues to build and foster partnerships in executing its various domestic missions, it also takes seriously the notion of partnerships as an instrument of military power abroad. This is demonstrated by the Georgia Army National Guard’s 48th Infantry Brigade Combat Team’s participation in the Chief of Staff of the Army’s Regionally Aligned Forces initiative, which addresses the need for building strategic partnerships to prevent, shape and win future conflicts.

Another example is the National Guard’s State Partnership Program, which has produced 68 bilateral relationships between individual states, territories and the District of Columbia and the militaries of sovereign nations over the past 20 years. Partner nations train with National Guard forces in joint exercises. They exchange best practices and deploy together in combat. In fact, since 2003, 15 of these nations have co-deployed to Iraq and Afghanistan 79 times with their Army National Guard partners. Beyond combat deployments, National Guard civilian expertise in areas such as farming, cyber, infrastructure development and reconstruction is in significant demand within developing nations eager to partner with America.

Over time, relationships between foreign civilian and military leaders and the National Guard have grown strong. Many leaders on both sides have worked together for decades over the course of their careers.

Indispensable at Home and Abroad

Whether it’s major combat operations, responding to disasters and emergencies in communities across the nation, or fostering domestic and international partnerships, the National Guard has proven to be indispensable. As budgets contract and end strength shrinks, the strong, ready and rapidly deployable National Guard of 2014 is providing a strategic hedge for defense planners and civilian decisionmakers as they recast the role of ground combat.

The continued maintenance of a National Guard that is ready for overseas employment will ensure that when the next disaster strikes here at home, the best the military has to offer will be on the scene, seamlessly integrated with civilian responders through relationships forged before the event.