The Army needs help from congressional staff members to explain the short-term damage that results from operating with only temporary spending, Secretary of the Army Eric Fanning told the audience at AUSA’s annual Congressional Staff Breakfast Oct. 4 at the Association’s 2016 Annual Meeting and Exposition.

Attended by more than 270 members of House and Senate personnel and committee staffs, the breakfast was also attended by the Army’s senior military and civilian leaders. 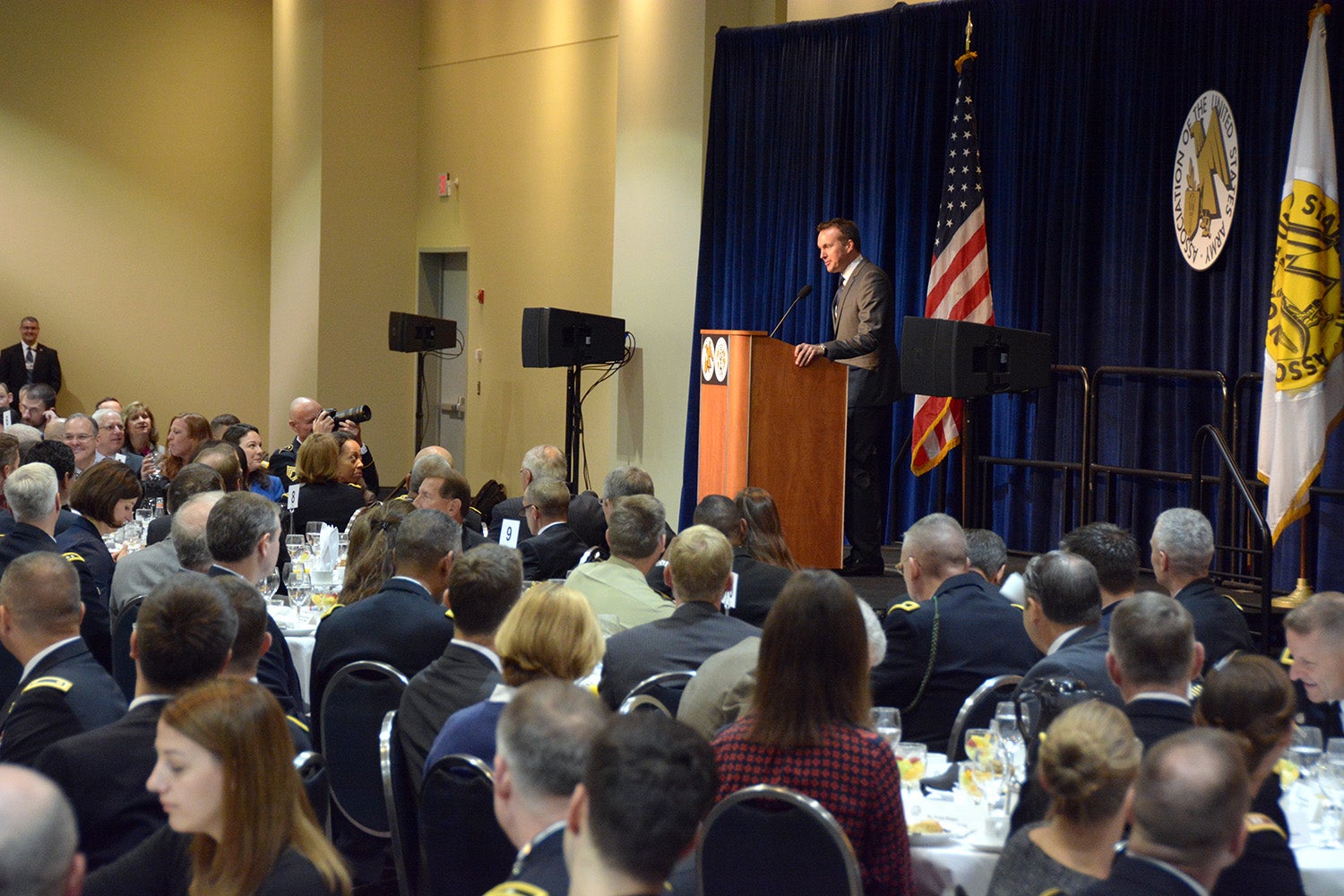 More than 270 members of Senate and House personnel and committee staffs attended the breakfast held during the Annual Meeting. Secretary of the Army Eric Fanning and the Army chief of staff, Gen. Mark Milley, addressed the gathering. (AUSA News photo)

Fanning said there is nothing new about the Army operating under a temporary spending measure, known as a continuing resolution or CR, because Congress has had difficulty passing federal budgets by the Oct. 1 start of the fiscal year.

“We have gotten pretty good at it,” he said. For 11 out of the last 16 years, the fiscal year has started without an annual funding bill.

Lawmakers may think they are doing the Army a favor by “keeping the spigot running,” but harm is happening.

“Most of you in this room know that, but there is a lot of confusion out there,” he said.

Unless adjusted, temporary funding limits the Army to spending at budget levels from the previous year – levels based on decisions made two years earlier.

In many cases, he said, the Army today is being asked to do far more than it was two years ago.

The Army prepares for potential disruption by trying to defer new program starts into the second quarter of the fiscal year, Fanning said, but that isn’t always enough. The Army is trying to increase training right now to improve readiness, something made more difficult by temporary spending.

Also, the Army’s share of European Reassurance Initiative funds is supposed to dramatically increase in fiscal 2017, but that extra money isn’t available under temporary funds, he said.

If the lapse in permanent funding extends beyond three months, the disruption will spread even more, Fanning said.