Fanning: Army is the service ‘most connected with America’

After two months on the job, Secretary of the Army Eric K. Fanning said a key part of his position is making the Army seem more than numbers.

That’s an easy case to make, Fanning said at a June 28 breakfast hosted by the Association of the U.S. Army’s Institute of Land Warfare, because the Army is the service “most connected with America.” 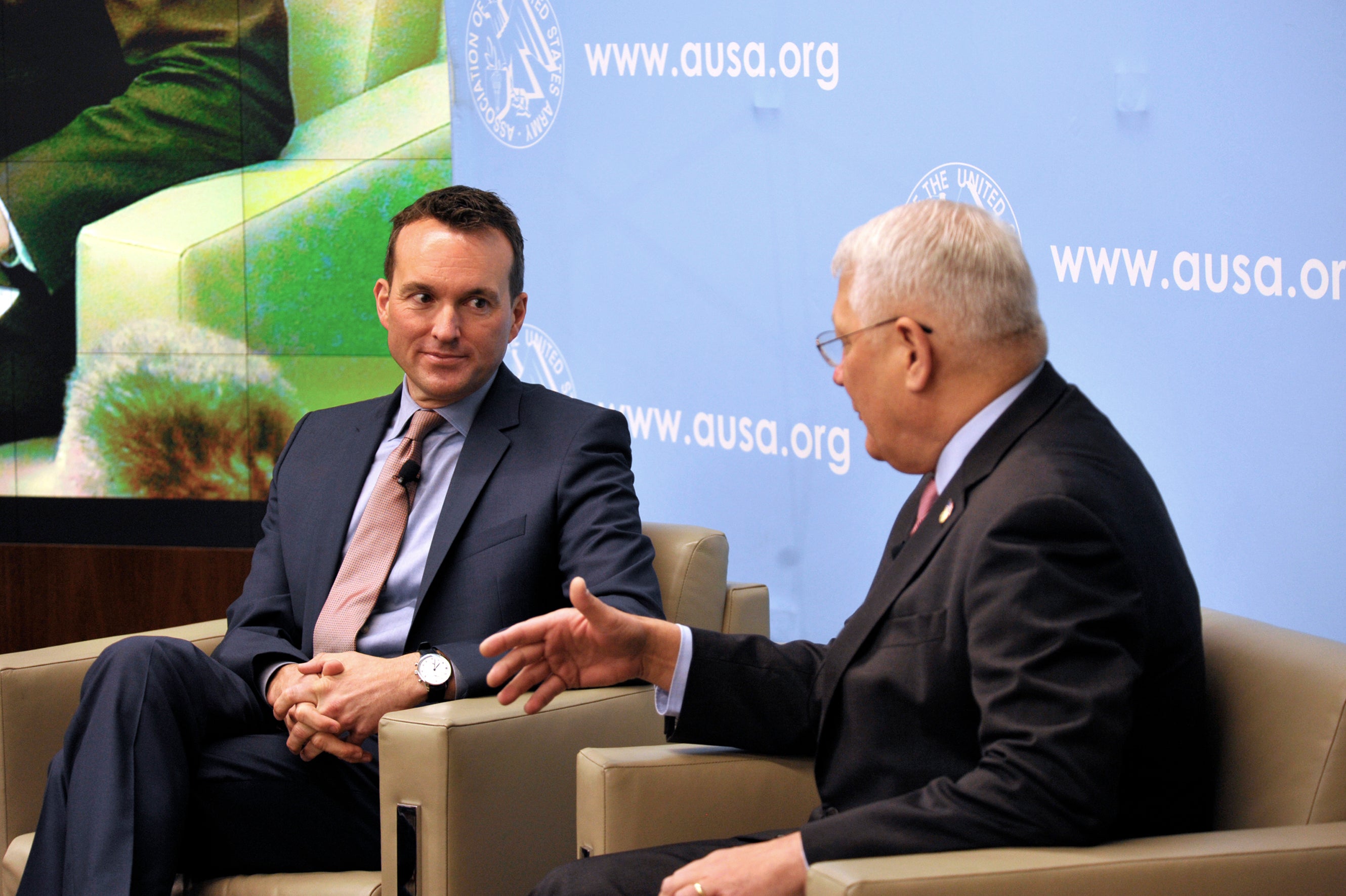 In a discussion led by retired Army Gen. Carter F. Ham, who on July 1 became AUSA’s president and CEO, Fanning said one of his top priorities at a time when the high pace of deployments is showing no signs of easing is to make sure soldiers in far-flung theaters around the world “know we’re taking care of their families back home.”

One of the top dangers facing the Army is budget uncertainty, Fanning said, voicing a similar concern raised by other Army leaders.

Without knowing how much money the Army will have two years from now, it is “very hard to put together a plan,” he said, and that is cheating the taxpayers.

Adding, “We are not getting a dollar’s worth out of a dollar of resources.”

“My primary focus is based on resilience, making sure our soldiers can do what is asked of them,” Fanning said at the breakfast, which was held at the AUSA Conference and Event Center in Arlington, Virginia.

While he noted a “tremendous” amount of work has been done in that area across DoD, “more needs to be done,” he said, “particularly on the prevention side.”

Another critical personnel concern for the Army is suicide prevention, a “very difficult issue to crack,” Fanning said.

He added, “We’re at the same rate we were last year; we just crossed over 100 suicides. One is too many.”

Fanning also wants to figure out how to reduce the stigma associated with mental health treatment among soldiers.

“To me, it’s a sign of strength anytime people realize they need help and seek help,” he said.

He also noted the variety of family programs available to soldiers and their families, and said oversight and integration of those programs “is as tight as we want it.”

Adding, “It should be as easy as possible for families to reach out and get the support they’re looking for.”

The Army’s hopes for getting the newest and best gear into the hands of warfighters may depend on eliminating layers of acquisition bureaucracy, Fanning said.

The Army is “not fielding capabilities as fast as we should” and is spending too much on bureaucratic processes rather than actual resources, he said.

Adding, “My focus is trying to clear some of that out, to empower people again.”

Sen. John McCain, R-Ariz., chairman of the Senate Armed Services Committee, shares that view. He included language in the fiscal 2016 National Defense Authorization Act intended to give Army Chief of Staff Gen. Mark A. Milley and his fellow service chiefs a larger role in acquisition decisions for their respective services.

“The military used to lead the way on a lot of technological development” like GPS and stealthy weapons, Fanning said.

The Army cannot do what the nation asks of it unless the Regular Army, Army National Guard and Army reserve components operate effectively as a wholly integrated Total Force, Fanning said.

Fanning said he has found the Total Force concept “already pretty well solidified” out in the field, noting: “You can’t tell who’s active, guard or reserve unless you ask, in many cases.”

The multinational Anakonda 2016 exercise in Europe in mid-June that involved U.S. active, guard and reserve soldiers was a perfect example, Fanning said. 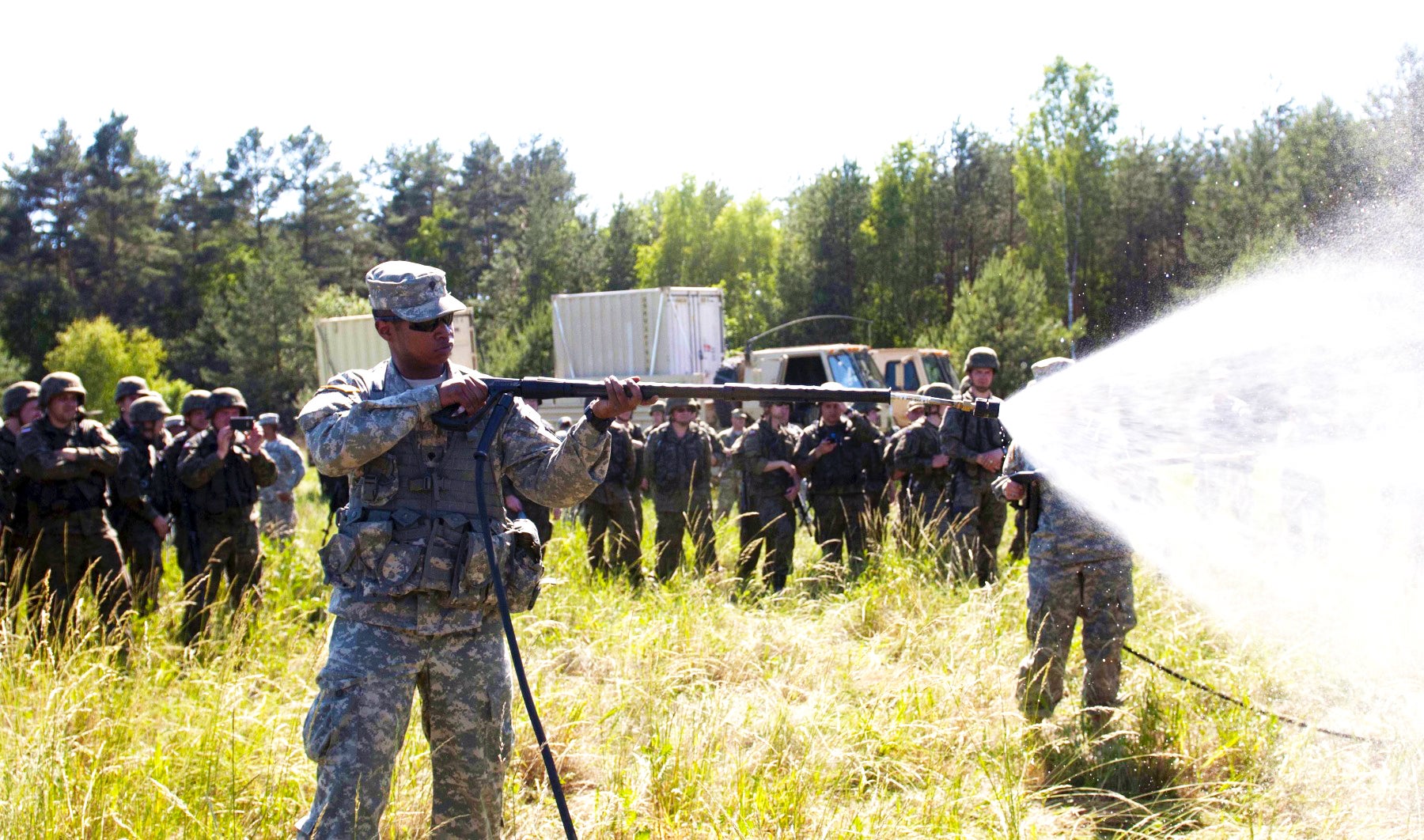 “The Total Force, as it is integrated and mixed for these exercises and deployments, is pretty impressive.”

He said his sense is that people join the guard and reserve for different reasons now than they did 20 or 30 years ago. “They want to deploy, they want to be operational,” he said, though he acknowledged that this operational zeal may sometimes create issues for civilian employers.

“What I would say is, support us as much as you can, but be as honest with us as you can about where the stress points are,” Fanning said.

Adding, “As we move forward and rely increasingly on the Total Force, we need everyone to be honest with themselves and with each other about what’s working, what’s not, and where there are problems so we can fix them and figure out how to move forward.”