Every Soldier Must Be Considered a Target

Every Soldier Must Be Considered a Target

The U.S. Army Training and Doctrine Command’s Multi-Domain Operations website in July republished an article from Business Insider titled in part, “Watch the US … blow the hell out of a warship in a clear message to China.” While the capability to sink a ship with shore-based missiles is notable, one can hope that the potential enemy does not interpret this as: “Look at us sink an obsolete, immobile, undefended ship, not firing back, in daylight.” What if they do fire back?

The U.S. Army Futures Command can fight above its weight. But Futures Command is just part of the larger system behind the creation, projection and sustainment of combat power. While the command moves forward, the larger Army must synchronize new developments in materiel and innovative thinking with competence in the fundamentals of warfighting. Lasting change depends on the determination of those implementing it. They must fight the temptation to put initiatives in the “too hard to do box” or to accept the “good enough.” Or worse, let machine intelligence and data replace clear-headed decision-making.

The current dialogue about topics like Multi-Domain Operations, drone swarms, artificial intelligence, space and urban/megacity operations also misses an important point. That is, considering the basics sustaining high-intensity fighting. This requires focus on what must be done now, and not wasting time trying to invent the word of the day. For example, what is a “contested battlefield?” It’s probably analogous to a “dark night.” To a squad leader under fire, everything is a “large-scale combat operation.” You want a “volatile, complex, uncertain and ambiguous” environment? Try dealing with a projected requirement of 15,900 enlisted infantry replacements per month for Pacific operations in the spring of 1945 as leaders faced the prospect of invading the Japanese home islands. And what about something like “nonviolent operations”? No one should discount a possible scenario, but the start point in planning should be the reality of intense, unremitting violence on a scale not encountered since Korea—or World War II.

Today’s situation is not particularly unique when viewed in historical context. However, many senior soldiers and civilian employees were either not in the Army or were junior in rank at the time of 9/11. Because their experiences are tied to forward operating base-based counterinsurgency operations, their impression of “scale” may be limited compared to those who planned to fight the Soviets. No wonder they’re concerned about the complexities of a maneuver fight. But neither a “woe is me” attitude, nor overconfidence, are appropriate.

Leadership should approach issues with a “what we can do” attitude (and change laws where necessary) instead of “what we cannot do.” Decades-long materiel development processes exist because congressional and DoD leadership accept them. Metrics based only on cost, schedule and performance instead of return to the end user should not measure success. Delivering innovative concepts and solutions in short turnaround cycles requires an Army/industry team approach to acquiring and managing materiel development and intellectual property.

No one ever got into trouble planning for the worst case. Small sustainment units will have to operate without space, air, cyber or sea-based support. Distributed operations under persistent enemy surveillance demand lighter but capable and low-signature units. They may have to erase the term “forward operating base” from their institutional memory. Can sustainment units maintain a customer’s combat power if they must operate from a small clearing on a remote island in the Pacific? Can they be effective without manufacturer field service support? These units must be as combat savvy, or as close to it as possible, as the units they support. They must understand tactics, survivability, protection and how their customers fight. They need to be well-armed. Fuel handlers must know how to call for fires—from the domain of choice. They need to know how to survive off the grid and—gasp—navigate without benefit of electronic support. Logistics leaders must underwrite time for this training and risk a temporary dip in production statistics that might otherwise reflect poorly in an evaluation report. 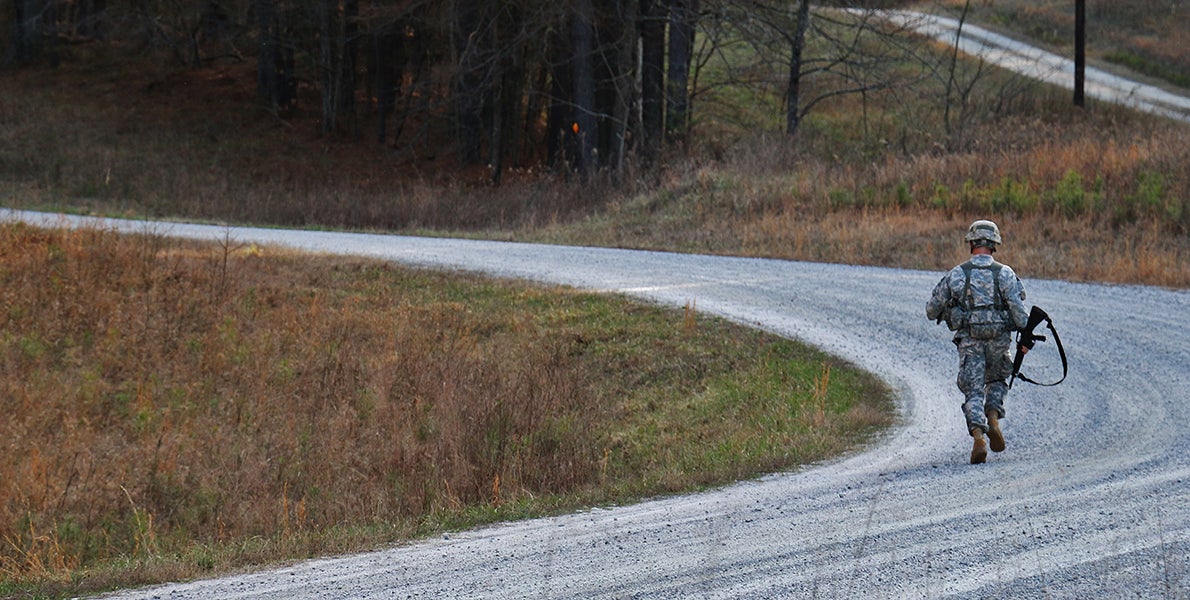 Technology dominance, or the lack, is not a new situation and there is no such thing as a “tech war.” For example, faulty pre-World War II planning assumptions about technology reducing the attrition of ground combat resulted in the Army nearly running out of infantry replacements in late 1944. Over 7 million soldiers were in uniform and infantry was at a premium. Infantry accounted for 661,000 of 821,000 Army battle casualties in World War II. Korea saw significant losses in units other than Task Force Smith. Technology—nuclear weapons—was not an option. Long-range conventional weapons can destroy a logistics unit as efficiently as they can a maneuver unit. Can we imagine the impact on systems, not to mention national will, of even a few thousand casualties per month? In the future, sustainment units will be as exposed as any other.

Simply rebalancing force structure within an umbrella of new concepts and technology is not enough. It is time to think seriously about reconstitution and regeneration of units of all types. These complex missions require practice on integrating a myriad of functions, and the Army brushes off this complexity at its own risk. There are associated decision-making and execution matters that have not been exercised to a great degree in some time, and in the “real world” on a large scale since the early days of the Korean War. Even then there was no real threat to rear bases.

Given the potential of a constrained time line for training and practice, one option is an immersive virtual reality solution that enables assessment of conditions and allocation of limited resources. The scenarios must involve urgency and intensity. They will stress planning assumptions, the personnel replacement pipeline, casualty treatment/evacuation and the capacity of the supply chain. Joint, interagency, multinational and commercial considerations are important, too. Navy or Army watercraft support from specialized vessels may be required.

Scenarios may also require detailed planning and synchronization of some end items and trained crews (e.g., maybe less resource-intensive weapon system replacement operations) even if entire units are not reconstituted. Retrograde of anything other than personnel of the affected unit may be the only alternative. What if the units conducting reconstitution operations are themselves attacked by conventional weapons? What if external support from another service or allied nation is cut off while these operations are underway? A cyber attack may be relatively easy, for that matter. What if the next enemy can inflict real damage to entire units that may be located in nearly inaccessible areas, yet under constant threat? Does one just write them off?

Failing to consider and exercise the worst case and confront what’s missing in the discussion of future warfare is a recipe for disaster.