To counter that threat, the U.S. must enhance its layered air and missile defense capability, said Dickinson, the commander of Joint Functional Component Command for Integrated Missile Defense.

He discussed those enhancements during the Association of the U.S. Army’s, Institute of Land Warfare Hot Topic forum on the Army’s air and missile defense capabilities.

According to a Feb. 13 Department of Defense press release, MDA requested $2.3 billion in the fiscal year 2019 budget for the GMD program.

There are currently 40 ground-based interceptors (GBI) deployed at Fort Greely, Alaska, and four GBIs at Vandenberg Air Force Base, Calif. By 2023, 20 additional GBIs are expected to be at Fort Greely.

The Army anticipates adding a Long Range Discrimination Radar by about 2020, Dickinson said. It is said the radar will effectively detect incoming ballistic missiles. Its location has not yet been specified, but it will likely be in Alaska.

Furthermore, the IBCS will eventually link the Army with the joint force mission command node sensors and launchers, he added.

The Patriot missile system is getting new software upgrades to be distributed to 15 Patriot battalions, he said. “The recent upgrade for the 1st Air Defense Brigade is a big win.”

A mobile, ground-based weapons system for indirect fire protection capability is being developed, he said, and it is going to Increment II. This system will defeat cruise missiles and unmanned aerial systems and is scheduled for fielding in the FY20 to 21 timeframe.

A counter rocket, artillery and mortar system (C-RAM) will be fielded in the FY20 to 23 timeframe with full C-RAM capability by 2030, he said.

A lot of developmental work is going on in the fields of electronic warfare and directed energy technologies, he said.

For example, a 5-kilowatt Mobile Experimental High-Energy Laser mounted on a Stryker has successfully shot down targets, including UASs, during exercises last year, he said. 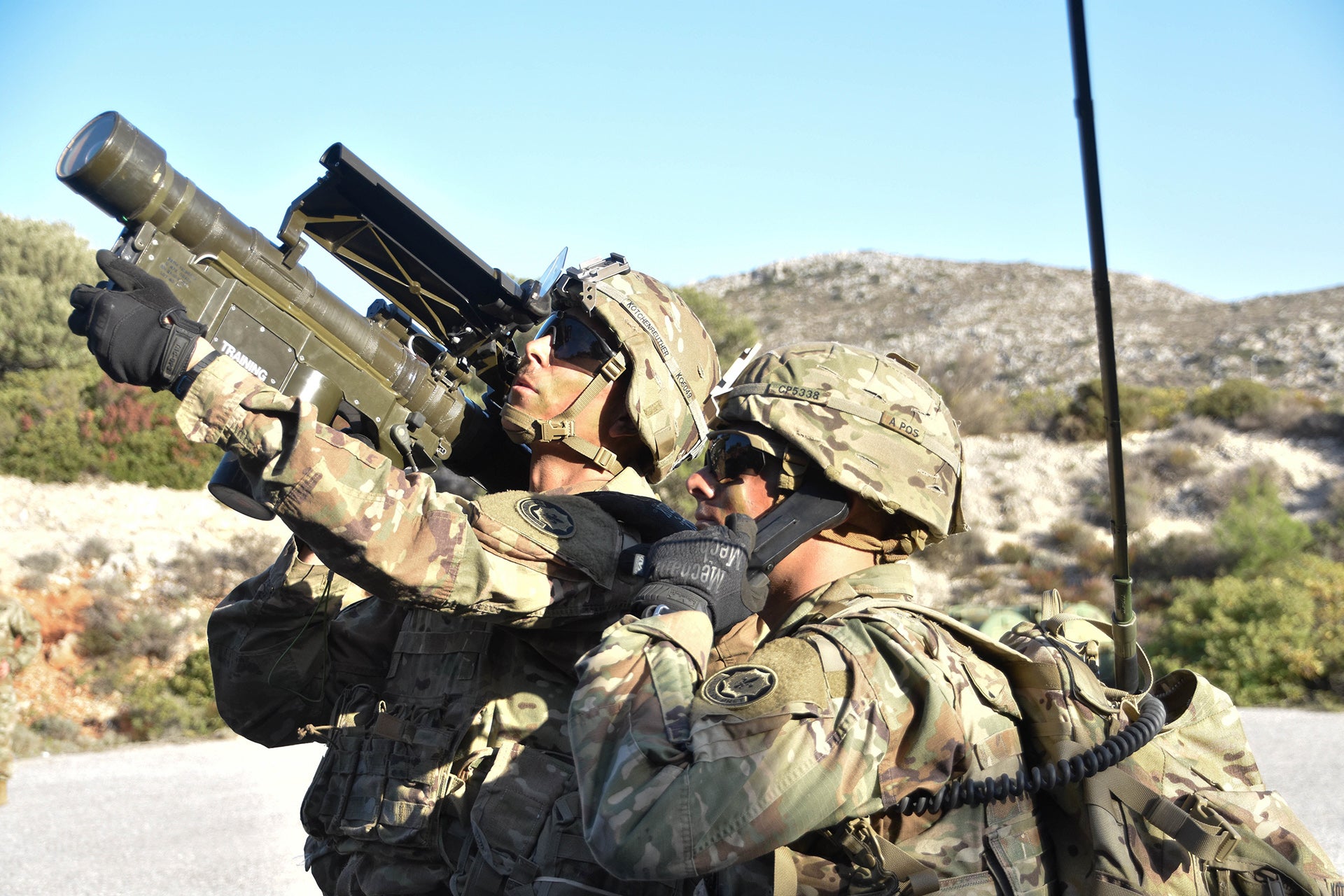 These soldiers will deploy in support of U.S. Forces Command the U.S. European Command (EUCOM), he said.

Another system is the Avenger missile system.

In order to create 72 fully functional Avenger sets to support EUCOM mission requirements, Army Materiel Command inspected and overhauled legacy Avenger systems that were stored in Pennsylvania and had been awaiting disposal, he said.