Tank Destroyers That Crippled the Panzers 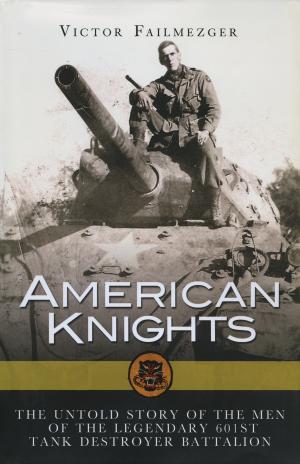 A military unit is the sum of its parts—its people. It is in the stories of those people that the unit comes alive again, even if that unit has been inactive for 71 years. This is what author Victor Failmezger does for the 601st Tank Destroyer Battalion in American Knights.

Created out of thin air in 1941, the 601st was made up of a hodgepodge of other units to fight the dreaded German armor. Through the voices of nine members of the 601st, Failmezger takes his readers on a whirlwind adventure from the sands of North Africa in 1942 to Berchtesgaden, Germany, in 1945. The nine men, all avid letter-writers, tell the story of their part in World War II as Failmezger subtly guides the plot along.

Failmezger, a retired Navy officer, was inspired to write the book after discovering wartime letters from his uncle, Lt. Thomas Peter Welch, who served in the 601st. Failmezger organized his work into a chronological record of the battalion’s campaigns in a book that is both easy to read and replete with fascinating historical vignettes. He allows the members of the battalion to speak of the events on their own, adding perspective and additional information where needed.

Because of his connections with veterans of the battalion, the author assembled an excellent collection of photographs and original maps. Each chapter is replete with operational maps to track the movement of the battalion in every campaign. Failmezger includes six appendices full of data on the makeup and organization of the battalion, vehicle and weapon capabilities, enemy equipment, and miscellaneous recollections of veterans.

The 601st Tank Destroyer Battalion was unique in that having a separate branch to counter enemy armor was a brand-new concept for the U.S. Army in 1941, born out of a need to defeat an anticipated threat. As such, tank destroyer units evolved throughout the war until near the end, when they were no longer needed because tanks themselves had become powerful enough. This was still years in the future for the men of the 1st Provisional Antitank Regiment, who assembled in 1941. They were quickly redesignated the 601st Tank Destroyer Battalion, consisting of a headquarters company, reconnaissance company, medical detachment and three line companies. The men barely had time to assemble their new equipment before they were off for North Africa and their first shots in the war.

Failmezger details the 601st’s entry into the war and outlines the difficulties U.S. forces in North Africa faced: poor equipment, a shortage of trucks, logistics failures, and a determined enemy. At the time, the 601st was equipped with M3 half-tracks, which had 75 mm guns mounted on them—hardly effective against German armor. The 601st doggedly fought on, however. Their first campaign was a learning experience, writes Failmezger; the tankers would apply these lessons in Italy, their next campaign.

Equipped now with M10 tank destroyers, the 601st fought their way through Sicily in 1943 before taking part in the Anzio invasion. Failmezger does an excellent job describing the World War I-like combat of Anzio, where the tank destroyers racked up an impressive number of enemy tank kills, earning the respect of the 3rd Division, to which they were attached. In just one day, Company B of the 601st knocked out 13 German Panzers. Failmezger details the day-to-day aspects of soldier life, from farm boys milking cows so their platoons could have fresh milk, to the anti-Semitic propaganda leaflets dropped by the Germans that the GIs mailed home with comments of amusement that the Germans would think Americans would “believe such rot.”

As the Allies broke out of the Anzio beachhead and moved on Rome, the 601st was in the thick of the fighting. The horrors of sustained combat are made vivid in the letters. One NCO in the 601st wrote of having to turn his platoon’s guns on some American infantry who were threatening to kill German prisoners of war.

Failmezger collected amazing stories from veterans of the 601st for this work, one of which bears particular note for its humor. It concerns an NCO of Company A of the 601st, who was returning to his unit after being wounded. After being told his outfit was somewhere near Rome, he took a jeep to find them. He ended up driving through vacant streets, arriving outside the Vatican around dawn on June 5. According to the soldier, he parked the jeep and ran inside, fearful he would never get a chance like this again. The Swiss Guard found him and, upon hearing he was an American, escorted him up to meet Pope Pius XII. After a five-minute audience, the sergeant returned to his company with an incredible story to tell.

The battalion enjoyed Rome for a few weeks before preparing for their next D-Day landing, in southern France. Failmezger details the intensive preparations for the “other D-Day,” as these landings often were called. The 601st seemed to always find themselves fighting in the less famous yet highly important campaigns of the European Theater. Because the landings were easy and resistance light at first, the 3rd Division and the 601st Tank Destroyer Battalion advanced too quickly, outpacing their supply lines. Lack of fuel and spare parts slowed their attack, as German resistance stiffened closer to the border of France and Germany.

The 601st ended its war at Hitler’s mountain home of Berchtesgaden. The battalion had spent 456 days in combat, fought in eight campaigns, made four amphibious landings, and suffered 683 casualties. It became one of the most decorated units in the U.S. Army in World War II, with three Presidential Unit Citations and the French Croix de Guerre.

Failmezger does not attempt to make an argument either for or against the idea of tank destroyers as a separate branch, instead focusing on the stories of the soldiers who manned the battalion. His book is a highly engaging work that is a valuable addition to World War II histories.

The Mechanisms of Doctrinal Change 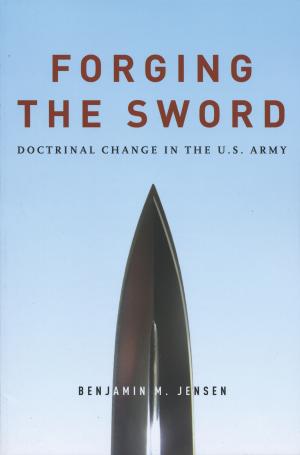 In the U.S. Army, doctrine tends to be a fraught term. Even defining it has proven to be controversial over the years, with one distinguished general officer notoriously describing it as nothing more than what the majority of the Army’s leaders believe at any given time about how to fight.

At the lowest level, of course, doctrine merely is the military equivalent of rules of the road, intended to ensure that friendly forces collide with the enemy, not each other. At that level—the level of tactics, techniques and procedures—doctrinal development tends to be relatively straightforward and its prescriptions uncontroversial, the qualifier reflecting that even at the basic level, doctrinal conformity often is honored more in the breach than in the observance.

It’s when doctrine aspires to the status of operational or even quasi-strategic theory, however, that both intellectual and institutional challenges arise. Benjamin M. Jensen examines these challenges in Forging the Sword: Doctrinal Change in the U.S. Army. Jensen holds a dual appointment as the Donald L. Bren Chair of Creative Problem Solving at Marine Corps University and as a scholar-in-residence at American University’s School of International Service in Washington, D.C. Jensen’s central concern is to refute what might be called the “Col. Blimp” description of military reform: the proposition that doctrinal change in the military occurs only when external pressures such as defeat or political demands overcome internal resistance. In his words, “This book challenges the prevailing wisdom of professional soldiers as unimaginative bureaucrats trapped in an iron cage.”

Instead, he insists, far from resisting doctrinal reform, the Army during the past 50 years has embraced and institutionalized it, adapting with remarkable success—and largely independent of external compulsion—to changing strategic, technological and sociological imperatives.

Jensen attributes that success to three crucial mechanisms: the creation of small doctrinal “incubators” independent of established force development organizations; the use of “advocacy networks” to debate and refine their products and to secure buy-in by the wider Army community; and the legitimation of both efforts and their results by invested senior leaders who welcome innovation and protect its authors.

Jensen finds evidence of all three mechanisms at work in the post-Vietnam War evolution of Army doctrine. He describes that evolution through four distinctly different variants: Active Defense (1976), AirLand Battle (1982 and 1986), Full-Dimensional (later Full-Spectrum) Operations (1993, 2001, 2008) and Counterinsurgency (2014). Each is formally captured in successive editions of Field Manual 100-5: Operations (later FM 3.0) and in Field Manual 3-24: Counterinsurgency.

Jensen is careful to point out the ways in which that progression reflected changing military commitments, budget pressures, and perceptions of the battlefield environment. But he is at pains to demonstrate that those exogenous factors merely helped condition the emergence of doctrinal ideas themselves derived from in-house study, field exercise and experimentation.

The pattern that emerges from his description is one of relatively linear and collegial change. This is perhaps inevitable, given the scope of history Jensen attempts to capture in a limited space. But if the book has a weakness, this is where it resides. Doctrinal changes in fact were considerably less straightforward and controversy-free than portrayed. The shift from Active Defense to AirLand Battle, for example, looked more like a revolution-from-below than the senior leader-orchestrated evolution Jensen describes, engaging players ranging from rebellious Army students at Fort Leavenworth, Kan., and the Naval War College and former Wehrmacht generals to a vocal and highly critical Senate staffer and NATO’s Supreme Allied Commander.

Similarly, though attributed in popular mythology to the influence of retired Gen. David Petraeus, the counterinsurgency doctrine formalized in Field Manual 3-24 in fact culminated a debate that had been raging for many years, involving participants as disparate as American academics, foreign counterinsurgency experts, and—as from 1976 to 1982—disaffected junior officers.

That said, Jensen is on firm ground in urging Army leaders not to take that process and the resources needed to fuel it for granted. As he puts it, “Do not cut off the flow of oxygen to the brain.” While senior leaders might not invariably relish, let alone initiate, what Jensen calls “creative [doctrinal] destruction,” their willingness nonetheless to resource and protect those who do is essential. In suggesting some of the mechanisms deserving that support, Jensen has done us a service.

Col. Richard Hart Sinnreich, USA Ret., is a former director of the Army’s School of Advanced Military Studies and co-authored the 1986 edition of Field Manual 100-5: Operations.