The following statement from Army Doctrine Publication 1, The Army, is important enough to be repeated in the introduction to Field Manual 3-94, Theater Army, Corps, and Division Operations: “The land domain is the most complex of the domains, because it addresses humanity—its cultures, ethnicities, religions, and politics.” Looking across the U.S. Central Command area of responsibility highlights the critical role that Army forces—the main land power component of the joint force—continue to play in the Middle East and Central and South Asia, from Egypt to Pakistan. Recent events provide a vehicle for exploring the versatility of the theater Army in a manner far more dynamic than its equally important role as an Army service component command.

The only constant in this volatile region is change—rapid change. This sometimes manifests itself as violence that places at immediate risk U.S. citizens and vital national interests of the U.S. as well as those of our allies and partners. Properly postured forces with established regional relationships provide combatant commanders the tools for immediate employment during emerging crises and contingencies.

The Army service component command, or theater Army, represents the land capability and Mission Command of land forces immediately available to combatant commanders. In addition to their inherent Title 10 responsibilities for all Army forces in a combatant commander’s area of responsibility, they also provide Army support to other services and Army executive agent responsibilities. Additionally, Army service component commands provide immediate situational understanding as a crisis begins to emerge, a byproduct of years of experience in a given area of responsibility.

U.S. Army Central has operated in the U.S. Central Command area of responsibility for 32 years and has an in-depth knowledge of its political, social, religious, economic and cultural environments. The command has gained an appreciation for the battlefield geometry of the area of responsibility, has fostered relationships through persistent partnerships and theater security cooperation activities, and understands the requirements it must provide for combatant commanders to conduct joint operations. In this context, assigned theater-enabling commands are indispensable. 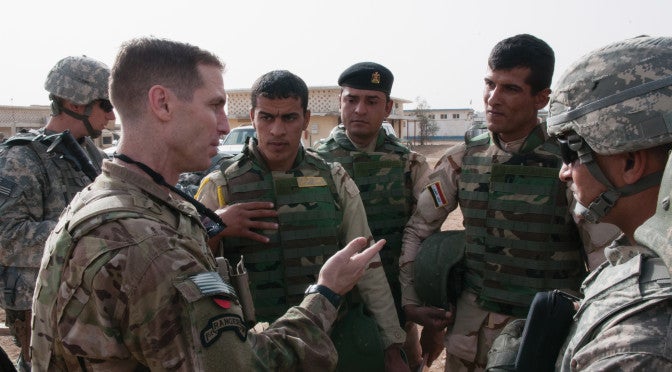 Unique Capabilities
Theater-enabling commands—including sustainment, signal, medical, military intelligence and, based on contingency requirements, civil affairs—provide capabilities unique in scope to the theater Army. The theater sustainment command, for example, has the capacity to train multifunctional sustainment organizations; conduct theater security cooperation activities with partner sustainment forces; set and reset the theater through distribution and redistribution of materiel across the area of responsibility; conduct theater opening activities and joint reception, staging, onward movement and integration; and set the sustainment architecture for specific contingencies.

The theater signal command provides the tools for Mission Command that include strategic and tactical networks necessary to support combined and joint collaboration in the electronic environment. The permanent presence of this network in the area of responsibility serves as the base from which expansion occurs when emerging missions require more capabilities. 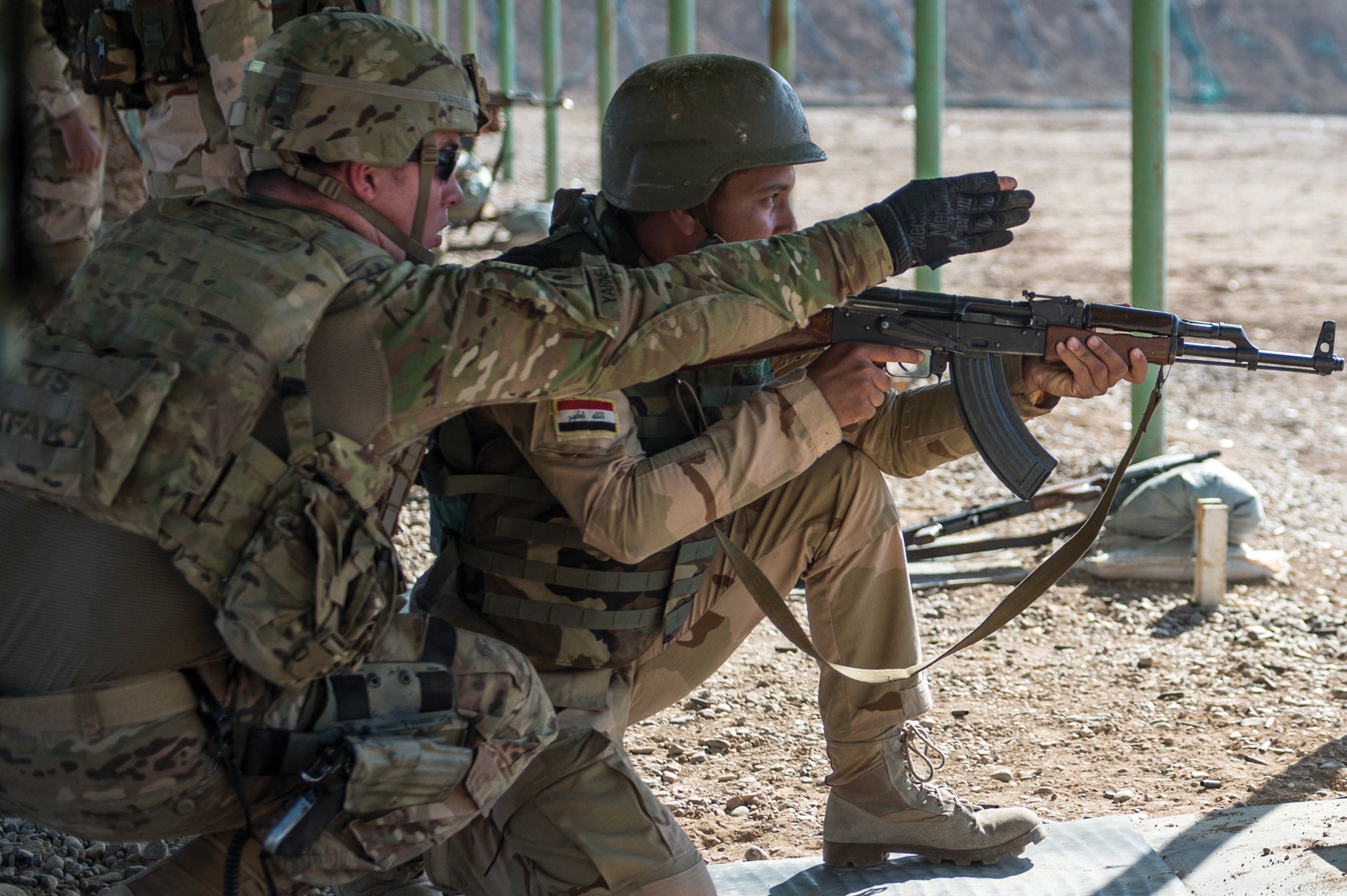 Meeting Combatant Commander’s Needs
The Army, with recommendations provided by the theater Army, tailors rotational forces to meet the requirements of the combatant commander. Continued analysis of the security posture, theater security cooperation requirements, and readiness to execute combatant commander plans resulted in several adjustments to these capabilities in the U.S. Central Command area of responsibility between the end of Operation New Dawn and mid-2014.

A review of U.S. Army Central’s posture in the months and years prior to June 2014 enables a better understanding of the path the command took as it once again expanded its role from that of a theater Army to a joint and combined force headquarters. Lessons learned from recent operations supporting Operation Inherent Resolve highlight additional capabilities that proved critical for combatant commanders.

In December 2011, the last U.S. forces crossed from Iraq into Kuwait, ending Operation New Dawn. Simultaneously, U.S. Army Central was completing a plan that operationalized a new regional security construct that accounted for the additional forces previously described. These forces, under the umbrella of Operation Spartan Shield, provided the means to maintain land presence in the Arabian Peninsula and Levant at the conclusion of the direct U.S. role in Iraq. These forces supported the theater campaign plan by conducting theater security cooperation activities while at the same time providing the base forces for a series of U.S. Central Command bilateral and multilateral contingency plans.

Well-postured in the region, U.S. Army Central turned its attention to the development of the Regional Land Power Network in 2013. This concept included the development of a coalition land operations center to fill a crucial gap. To gain the most from the regional partnerships being developed through theater security cooperation, there had to be a place, purpose-built, to allow for immediate and collaborative Mission Command with Gulf Cooperation countries and long-standing allies such as Great Britain, Canada, New Zealand, Australia and France. This concept proved prescient in late spring 2014.

When the situation in Iraq reached crisis status in June 2014, the national command authority directed U.S. Central Command to commence military operations against the Islamic State group, known throughout the region as Daesh. U.S. Army Central was designated the joint force land component commander for operations in Iraq. Having matured since the inception of the regional security plan in late 2011, forces immediately available, including the robust theater architecture established by the enabling commands, allowed for rapid transition from Phase 0 focused activities.

Challenges Expanded
As allies and partner nations communicated their desires to contribute capabilities, U.S. Central Command designated the joint force land component commander as the combined force land component command on Sept. 17, 2014. This expanded the number of challenges facing the headquarters as it had to integrate coalition capabilities while simultaneously establishing Mission Command system networks to support multinational collaboration. 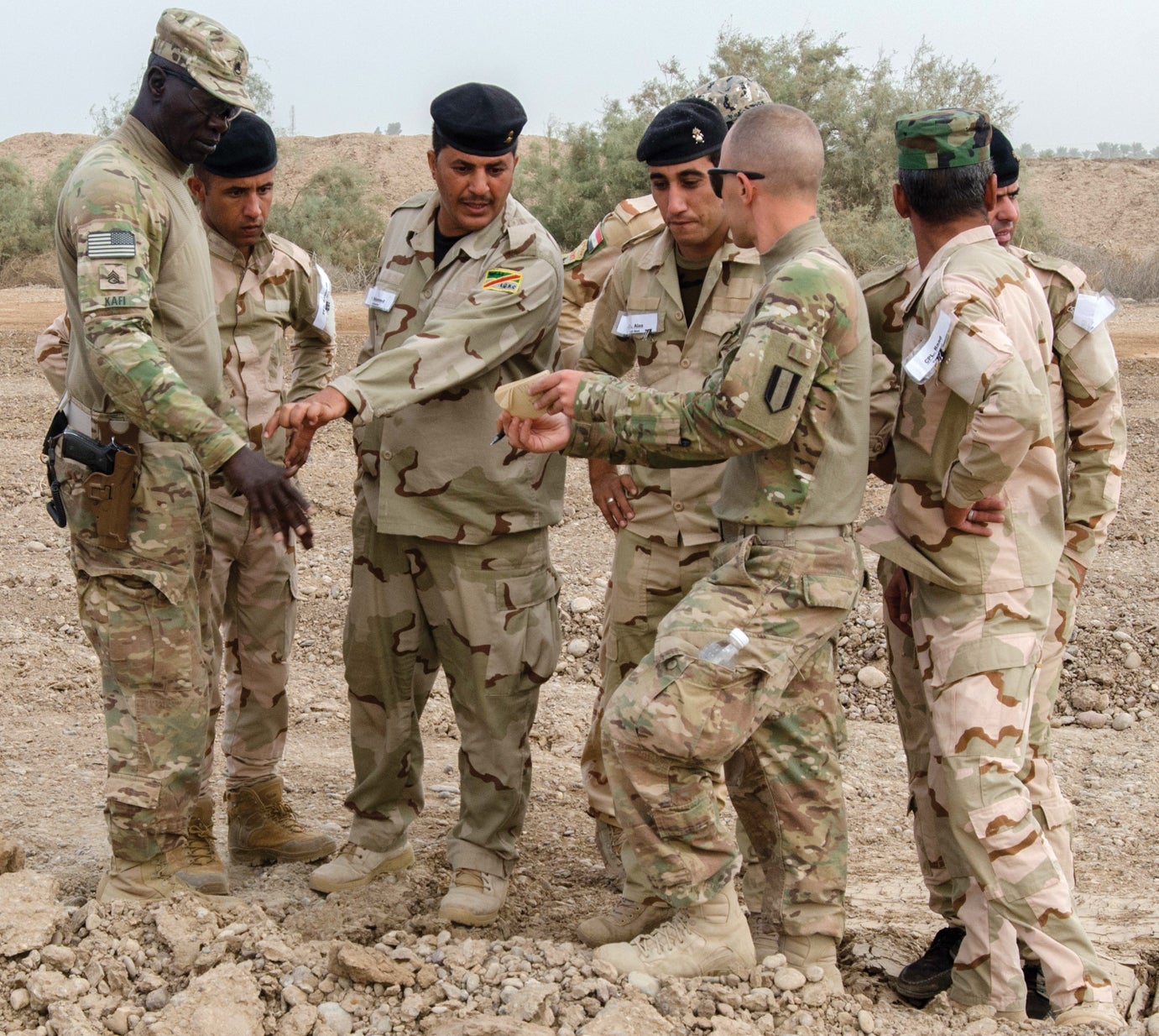 The time frame from document submission until capability was in place was anticipated at secretary of defense approval plus 120 days. To mitigate this gap, U.S. Army Central was able to work with the other U.S. Central Command service components in theater—another Army service component command standing relationship that proved vital—to assist with joint fills until the respective service headquarters could assess and fulfill their requirements. U.S. Army Central also requested and received augmentation from the Joint Enabling Capabilities Command and the Joint Intelligence Support Element, which provided significant assistance with joint functions and capabilities oversight.

Today, U.S. Army Central retains the designation of combined force land component command for operations in the joint operations area, while a corps headquarters serves as the CJTF-Operation Inherent Resolve headquarters. From the start of operations against Daesh until the deployment of III Corps, 15 months had passed in which U.S. Army Central served dual-hatted as a combined force land component command and CJTF-Operation Inherent Resolve, while continuing to accomplish its missions as an Army service component command on behalf of the secretary of the Army. No other command echelon has the depth and versatility to simultaneously perform these functions.

U.S. Army Central has served as the land component command providing Mission Command for land operations in the U.S. Central Command area of responsibility three times since 2001. Based on this historical precedent as well as lessons learned in recent contingency operations in Iraq, the combatant commander needs an immediately available joint and coalition capability and the theater-enabling capability inherent in the Army service component command to mitigate delays in responding to crises and contingencies. The Army service component command or theater Army, embedded in the theater and with persistent presence and enduring partnerships, provides that capability.