An Army research project about fluffing cotton is leading to renewed independence from foreign countries for a key component of artillery and mortar munitions.

The discovery is a major victory in the move to prevent potential disruption of vital military supplies—in this case, ammunition. This is similar to efforts to reduce the United States’ dependence on foreign supplies of rare earth metals, sophisticated magnets and other materials of which America has small or nonexistent domestic sources.

The cotton project came about because of changes in domestic cotton production. Raw loose cotton fiber has largely been replaced by a pressed, sheeted material not suitable to become nitrocellulose, the highly flammable and combustible ingredient in cartridge cases for artillery and mortar shells.

The project is responsible for all tube-launched, indirect fire munitions and mortar weapons, including precision-guided and smart weapons, fuse and fuse setters, and mortar fire control systems, in addition to conventional munitions. The last domestic supplier of baled cotton shut down in 2001, Klein said, while “the last known available foreign source abandoned the baled cotton market in 2010.” Some supplies were found. “Working with industry, sufficient quantities of baled cotton linters were purchased to maintain domestic nitrocellulose production for combustible cartridge cases at our Radford [Va.] facilities through May 2012.”

Attempts to use the pressed cotton stock had bad results, according to a statement released by Klein. Using the cotton stock required cutting or shredding the material, which produced clumps of cotton fiber instead of an even consistency. The result, she said, was uneven explosive power. Muzzle velocity variation could be as much as four times greater when clumps were present, and burning debris was sometimes left in the chamber, presenting a safety hazard.

T o resolve the issue, the Army looked at possible changes in the manufacturing process, turning to a DoD program for help. The foreign comparative testing (FCT) program, part of the Office of the Secretary of Defense’s Comparative Technology Office, allowed the Army to look at how nitrocellulose was produced in other nations.

The comparative testing program, managed in this case by U.S. Army Research, Development and Engineering Command, was created in 1980 with a goal of finding ways to more quickly field equipment by looking at preexisting research and development. Part of the idea is to allow the purchase of foreign equipment when it is immediately available and responds to a pressing need. The program also is aimed at improving the U.S. industrial base, which is what happened in this case.

A solution to the cotton problem was found by evaluating technology in use in France and the Czech Republic: a machine that fluffs the pressed cardboard-like cotton stock without damaging fibers. Known as a hammer mill, the machine has a drum with a rotating central shaft attached to hammers. As the shaft rotates at high speed, it shreds and fluffs the pressed cotton.

The Army purchased one of the machines in Germany. It was delivered in January to the Radford Army Ammunition Plant in Virginia. The plant is operated by BAE Systems, which will install and test the hammer mill. “Site preparation, utilities and handling systems are to be completed by September 2014,” Klein said. The single machine is big enough “to meet all anticipated needs for combustible cartridges and other cotton nitrocellulose users,” she said.

“Two foreign sources that utilize hammer mill technology have been qualified to supply nitrocellulose manufactured from U.S. sheeted cotton to fill the gap between the depletion of the existing stocks of baled cotton and the installation of a hammer mill at the Army’s nitrocellulose facility,” Klein said.

The ammunition plant, located on more than 4,000 acres between Radford and Blacksburg in southwest Virginia, was constructed in the 1940s to manufacture smokeless powder. Today, munitions, propellants and explosives are produced at the plant, which is undergoing another transformation to make it more efficient and flexible. 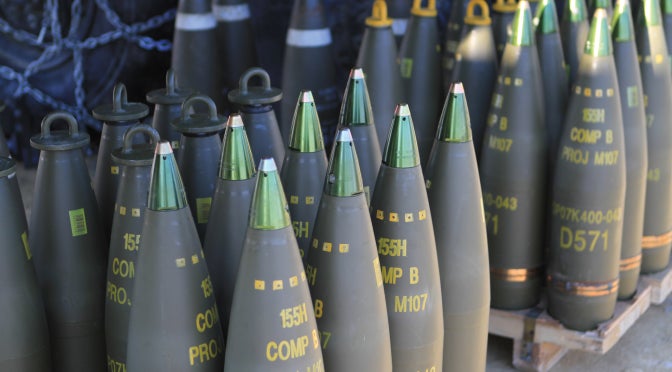 The cotton problem is just one example of a larger concern about the military’s dependence on foreign suppliers for some key supplies. Munitions have been one of the trouble spots. Rare metals and other elements are usually the chief concern. For example, samarium, a rare metal, is used in precision-guided munitions and in stealth technology for helicopter rotors. It is found in the United States, but the majority of supplies come from overseas. A May 2013 report by the Alliance for American Manufacturing raised concerns about the national security risk posed by having foreign suppliers for key defense-related items, suggesting stockpiling more samarium to reduce risks. (Its only mention of cotton is related to clothing and fabric, not munitions.)

The FCT program, which helped the Army find a solution to the cotton problem, has been successful in other areas. In December 2013, a team of Army engineers announced they had validated an improved alloy, Aluminum Alloy 7017, to use in armor plates with the help of the comparative testing program. This alloy can be welded. It is slightly stronger and slightly less corrosive, and it weighs less than similar alloys used in armor plates. In 2012, the Army said the FCT program resulted in an improvement in the processing of meals ready to eat, or MREs. A French processing system was found to keep beef and chicken more moist and tasty.