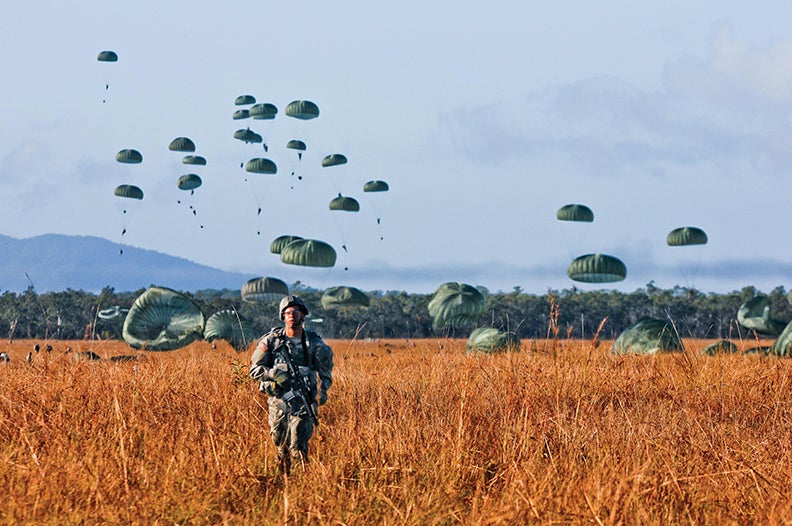 The U.S. Army’s core competencies extend well beyond sustained land combat. They adapt over time based on national strategy, changes in the operational environment and advances in technology to provide focus for capability and leader development. To be clear, the Army’s core competencies are higher-level organizational descriptions that are distinct from tactical missions and tasks. The Army currently recognizes two core competencies and seven enabling competencies, but these must be refined as the Army transitions from a force of execution to one of preparation.

How the Army explains its contributions to joint and multinational forces is fundamental to how it prioritizes and develops capabilities, how combatant commanders decide to employ Army forces, and how national leaders perceive the relevance of the Army. The Army’s role is often defined in terms of categories such as Title 10 requirements, strategic mission sets, warfighting functions and executive agent responsibilities. These areas, however, lack the operational framework that commanders can directly apply throughout the range of foundational activities, crisis operations and campaigns. Clearly identifying the Army’s core competencies is the single most powerful expression of these contributions.

The Evolution of Core Competencies

Historically, the Army has identified core competencies to define what it contributes to national security. A history of these competencies is shown in Figure 1. The 2001 edition of Field Manual (FM) 1 The Army recognized six competencies that encompassed the range of military operations and the phases of joint operations. Although this initial list was described as “essential and enduring,” Army core competencies have evolved over time in response to the market’s demands: that is, new strategic guidance, threats and capabilities.

The 2012 Capstone Concept for Joint Operations: Joint Force 2020 states that the strength of the joint force is the ability to combine the services’ unique capabilities. Combining current and emerging capabilities in new ways allows for greater military effectiveness, efficiency and synergy. Therefore, before considering new core competencies for itself, the Army should understand those of the other services.

The U.S. Navy identifies six core capabilities of maritime strategy: forward presence, maritime security, humanitarian assistance and disaster response, sea control, power projection, and deterrence. The U.S. Marine Corps provides joint commanders with forces and capabilities to effectively carry out its two core missions of assuring littoral access and fighting “small wars,” which require a “high degree of adaptability.” The U.S. Air Force describes its 12 core functions as those ways in which it is particularly suited to contribute to national security. Its core functions include nuclear deterrence operations, air superiority and rapid global mobility. Although this mix of capabilities, missions and functions is not completely analogous to the Army’s view of core competencies, it is useful to identify gaps among the other services that the Army can address, such as establishing a theater infrastructure.

Accounting for other armies’ competencies enhances interoperability and more effective land operations. For example, the British Army’s future core functions are contingent capability for deterrence and defense, overseas engagement and capacity building, and civil engagement and homeland resilience. The Canadian Army’s core competencies include the capability to conduct, and to set the essential conditions to enable success in, close combat and close engagement. The Australian Army identifies five essential lines of operation in Adaptive Campaigning, a conceptual response to the complexity of the future security environment: joint land combat, population protection, information actions, population support and indigenous capacity building. Considering these armies’ functions, competencies and lines of operation, it is clear that the U.S. Army’s core competencies must span from peacetime to war, give pause to adversaries and support partners, thereby ensuring that unified action is effectively applied across the range of military operations.

The Need to Change

The Army Chief of Staff’s annual future studies program, Unified Quest, has repeatedly explored what the future Army must do and how it will operate. This investigation included a reassessment of Army core competencies. This multiyear effort concluded that the Army must expand its core competencies in response to a complex operational environment, the demands of the nation and the ever evolving joint force. Select reasons behind these changes are included in Figure 2. As recently highlighted in “Reshaping the Army,” a November 4, 2013, TIME article by Mark Thompson, failure to change will result in an Army that cannot offer suitable options in defense of the nation.

Serving as the starting point for the 2014 Campaign of Learning, the following competencies will continue to be evaluated against multiple scenarios between 2020 and 2040. These proposed core competencies focus on what the Army provides in terms of capabilities and capacities beyond what other services and defense agencies provide. While not a definitive list, these seven competencies serve as the starting point for a much needed dialogue within the Army.

Project power. As a largely continental United States-based force, the Army is projected—or projects power—in and through multiple domains. Power is physically projected through the land, maritime and air domains, but cyberspace and space capabilities are also employed to influence the land domain.

Set the theater. The Army is the only service with the capability and capacity to provide the combatant commander with many theater framework capabilities, including Mission Command systems, logistical preparation, and the integration of fires and protection.

“LandCyber” operations. LandCyber operations are those that generate and exert combat power to enable freedom of maneuver and action in both the land and cyberspace domains to deliver decisive effects.

In order to remain the world’s preeminent land force, the Army must be in a constant state of self-evaluation and change. Major changes, however, largely occur as a result of the ebb and flow of conflict and available resources. An Army of preparation has to provide more for the nation and joint force than the more focused requirements of the past 12 years of war allow. The Army contributes more than combined arms maneuver and wide-area security. Indeed, it also shapes the environment, projects power, sets theaters, and conducts LandCyber and special operations. Collectively, these core competencies reinforce the Army’s commitment to the nation and joint force while it prepares for a complex and uncertain future.