The Army is in the midst of a reorientation—planning and preparing for conflict with peer and near-peer adversaries, as directed by the 2018 National Military Strategy. This reorientation will involve changes big and small, with the Army embracing both new technologies and concepts—such as unmanned systems and Multi-Domain Operations—and dusting off and updating old ones—such as camouflage and electronic warfare.

But one thing is strikingly absent: Army leaders are not giving sufficient consideration to the threat of nuclear weapons.

For nearly two decades, the U.S. military has been focused on combat against non-nuclear nation-states in which post-conflict counterinsurgency operations took significantly more time and resources than planned. As a result of these engagements, U.S. military readiness for conventional operations against a near-peer state has measurably degraded. A 2016 RAND Corp. report suggested Russia could overrun the Baltics before NATO could respond, and Russian President Vladimir Putin has suggested he would resort to limited nuclear weapons use to stop NATO offensives.

The rise of regional tensions on the Korean Peninsula has also caused some consternation as to whether U.S. military forces are prepared for hostilities from North Korea’s military, which is believed to have a mature weapons of mass destruction program.

The 2018 National Defense Strategy stresses, as a central challenge to U.S. security, “long-term, strategic competition,” by Russia and China in particular. The 2018 Nuclear Posture Review echoes this concern as one of the rationales behind the need to modernize U.S. nuclear forces. The question is, does the Army’s leadership recognize the need to train and develop its force to be prepared for a nuclear battlefield?

In a 2018 article published by the U.S. Army War College’s Strategic Studies Institute, Michael Fitzsimmons states the Army must pay attention to what will become an integrated conventional/nuclear threat environment, and the likelihood of an Army maneuver force having to operate on a nuclear battlefield is increasing.

In a similar vein, in a 2018 article published by the Modern War Institute headlined “The U.S. Army Is Wrong on Future War,” three Army officers argue that the Army’s leadership erroneously believes an armed conflict with Russia and China can be limited to conventional means, even as those nations modernize their nuclear forces and posture against U.S. national security interests.

Other defense specialists outside the Army have quietly expressed concerns, as well, that since 1991, when the Army lost its tactical nuclear weapons, it also has steadily lost its ability to understand the consequences of adversarial or friendly use of nuclear weapons within a theater of war. Over the past three decades, the specter of nuclear war has been relegated to a strategic scenario largely limited to attacks against one’s homeland and not against military forces.

If that is changing, in this “second nuclear age” where a nuclear confrontation is not limited to a bipolar superpower crisis, is the U.S. Army prepared? A review of the Army’s doctrinal concepts suggests it is not. Articles in Army professional journals such as Parameters and Military Review are bereft of nuclear conflict discussion. Maj. Brad Hardy, in a May War on the Rocks article, says nuclear education has atrophied in the Army’s professional military education pipeline.

To be clear, the Army has retained some technical expertise in this field, notably through its Functional Area 52 Nuclear and Counter Proliferation specialists. These officers understand nuclear weapons effects and routinely assist major commands and combatant commands with nuclear weapons plans. But senior leadership and Army maneuver units do not integrate this expertise into plans or exercises.

So, as a thought experiment, what if the Army were to seriously consider the possibility of resurrecting nuclear artillery by designating a field artillery unit with Army Tactical Missile Systems (ATACMS) as a nuclear-capable unit?

As the Army looks to replace ATACMS with a new system in the next 10 years, this would be an ideal time to examine requirements for such a capability. The National Nuclear Security Administration could rebuild a small number of W70-3 nuclear warheads, originally designed for the MGM-52 Lance missile, for the Army’s future long-range missile system. Or, as an alternative, the W80-4 nuclear warhead, already being developed for the Air Force’s Long-Range Standoff cruise missile, might be useful in a ground delivery system. 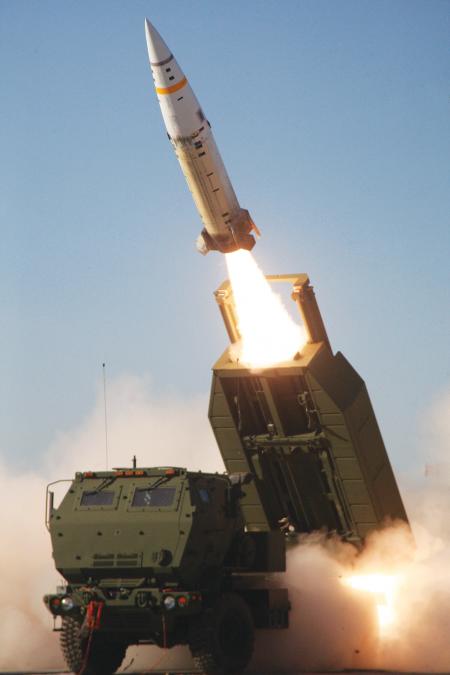 Such a tactical nuclear missile could be useful in several modes: demonstrations of intent, defensive fires against large conventional formations or targeting adversary nuclear forces in theater. Given the potential vulnerability of Air Force “dual-use aircraft” fighters carrying tactical nuclear weapons in Europe, this capability would strengthen NATO’s nuclear deterrent while reducing the chance of escalating the conflict to a strategic nuclear exchange.

Past Army doctrine examined how to effectively employ tactical nuclear weapons against enemy forces, using airbursts to minimize collateral damage. Today, there may be new uses for precision delivery of low-yield nuclear weapons—for instance, electromagnetic pulse effects to attack enemy communication systems or a penetrating nuclear warhead to destroy hard and deeply buried targets. Unless the Army owns a nuclear weapon, it remains unlikely that its leadership, let alone the rank and file, will feel compelled to prepare to fight conventional nuclear battles.

There are challenges, of course, to the Army getting a nuclear weapons capability, not least of which are political. The nuclear modernization program is politically charged, and the idea of increasing the budget to bring another redesigned (but not new) nuclear weapon into the active stockpile would be a tough sell. The Army would have to retrain on its nuclear competencies and reinstitute its personnel reliability program, and the field artillery community may not like having to make additional room for a capability it may never use.

If the Army does create a nuclear-capable field artillery unit even as a singular “insurance policy” intended to strengthen regional deterrence efforts, would U.S. allies in Europe or Asia be willing to host such a unit? These are formidable challenges, but can the Army afford not to investigate this option? And if such a step is deemed impractical, such a conclusion only reinforces the importance of other actions the Army should take to prepare to fight and win on a conventional nuclear battlefield.

As an example, the Army should incorporate nuclear deterrence education into its intermediate and senior military education. There is plenty of available material in the Air Force’s professional military education that could be of immediate use. There needs to be a scrub of Army and joint doctrine and concepts to acknowledge, at the least, that nuclear warfare will be an operational factor of future conflict. The Army’s general officers must join Air Force senior leaders and Navy flag officers to discuss strategic deterrence options and how to incorporate nuclear weapons in plans and strategies.

The possibility of limited nuclear war has reemerged as a viable concern for political and military leaders. The nation’s focus on nuclear weapons as solely a strategic concern has reduced the Army’s ability to envision a future battlefield in which tactical nuclear weapons use is a possibility. To be clear, this is not a case of trying to make nuclear war “easier” by deploying nuclear weapons within a theater of conflict. But U.S. adversaries such as Russia and North Korea believe there is a role for limited nuclear warfare. The U.S. should not be in a position where escalation to strategic nuclear conflict is the only option.

Al Mauroni is director of the U.S. Air Force Center for Strategic Deterrence Studies. He is the author of Countering Weapons of Mass Destruction: Assessing the U.S. Government’s Policy.