The Fairfax-Lee Chapter support for the Employer Support to the Guard and Reserve (ESGR) was re-affirmed recently when the Association of the U.S. Army chapter president, Ken Britt, signed the ESGR’s Statement of Support at a recent chapter event.

Accepting the Statement of Support was Geambro Hollis, the ESGR representative for Northern Virginia. 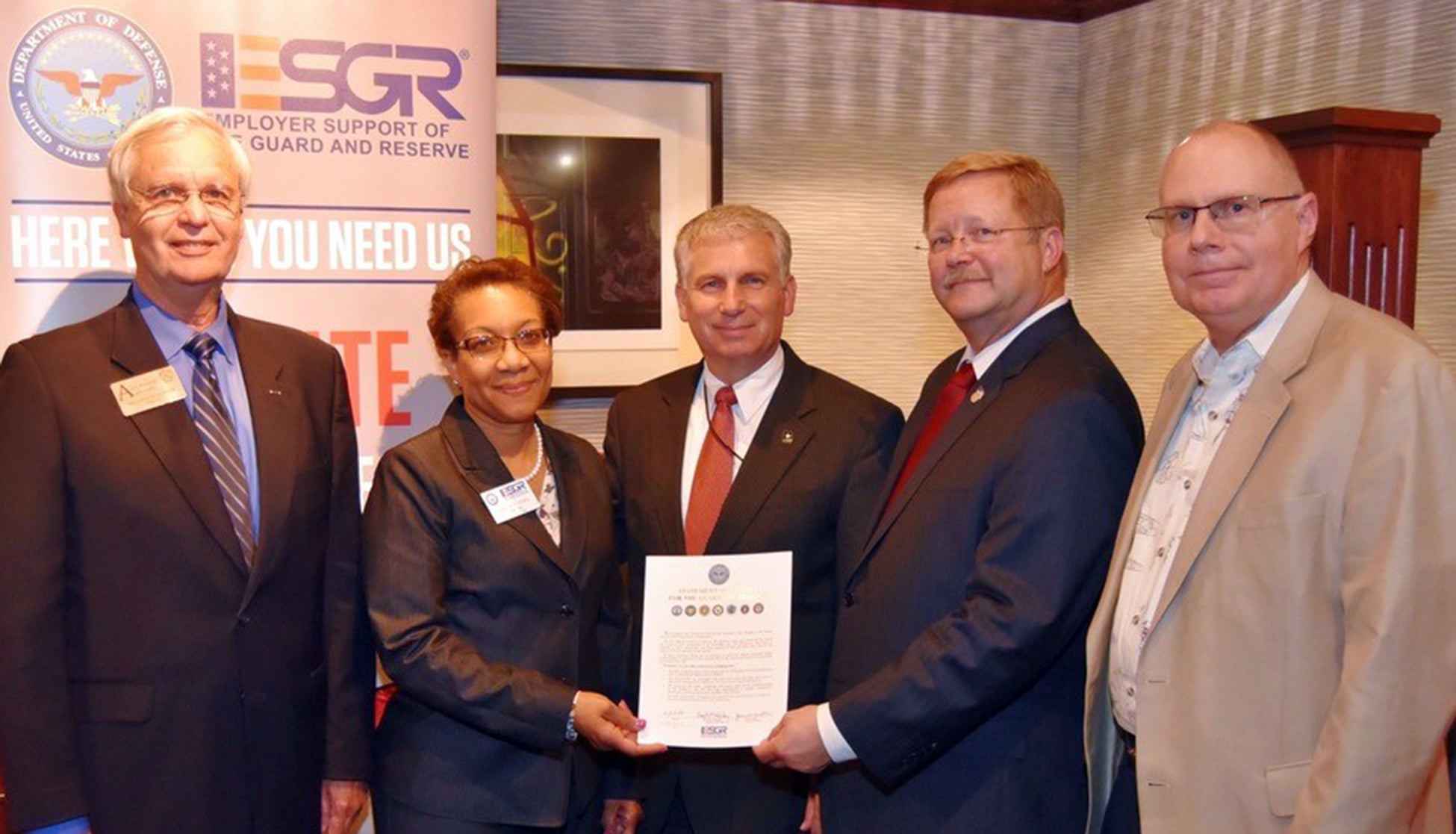 Also in attendance at the signing were Stephen Austin, assistant chief of the Army Reserve, and Gordon Sumner, U.S. Army Reserve ambassador.

ESGR develops and promotes supportive work environments for service members in the reserve components through outreach, recognition and educational opportunities that increase awareness of applicable laws.

It also resolves employer conflicts between the service members and their employers.

The importance of this event was underscored by the attendance of almost 40 chapter members and guests.

Also present at the signing were Donna Eldridge, president, and Lupe MaGuire, treasurer, of the Potomac Chapter of Gold Star Wives of America, Inc.