Big Changes Ahead for Army Medicine

First, and what she said is the easier part, are technological upgrades, something she described as “delivering new tools.” This includes finding ways of extending the life of a soldier injured on a future battlefield who may not have access to highly trained doctors and well-equipped hospitals for 72 hours or longer. Robotic surgery, new ways of stopping bleeding like injecting a caulk-like substance into a patient, and unmanned aerial ambulances that could scoop up a severely injured person from the battlefield and swiftly deliver them to a treatment facility, could all play a part. 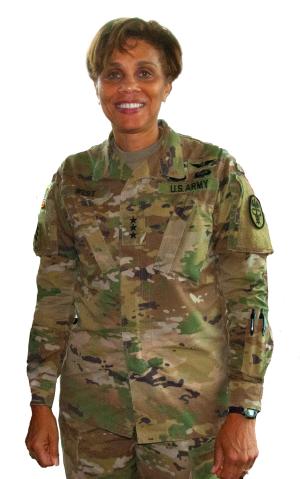 Second, and more complicated, is changing how people think about medical care. There needs to be “an openness to trying new things and to think differently,” she said, seeing a new mindset that there could be a better way of doing things. “In the future, gray matter will be the strategic differentiator,” West said.

A resilient brain is vital to performance, she said at a May forum hosted by the Association of the U.S. Army’s Institute of Land Warfare. “We make an average of 60,000 decisions a day, yet we are cognizant of only about 46 percent of them,” she said, suggesting it is possible to achieve another 4 to 6 percent through activity and nutrition.

Brainpower is also important to adapt to future medical care where rapidly evolving medical technology makes it possible to provide cutting-edge and lifesaving treatment on the battlefield. This has the potential to save more lives than the traditional emphasis on transporting casualties as fast as possible to a field hospital.

Medical Command is preparing for a reorganization West said presents an opportunity for big changes. The Defense Health Agency on Oct. 1 will assume responsibility for management and administration of all military medical treatment facilities, beginning with Fort Bragg, N.C.’s Womack Army Medical Center. “This will require a reorganization and restructuring of each service’s medical department headquarters to transition functions,” West said.

This is an opportunity to open minds about “completely new possibilities as to the how, when, where and by whom health care is delivered” with a “globally integrated, dynamic network that allows medical experts to extend our health care.”

She is not talking about eliminating face-to-face treatment. “Medicine is still an exquisitely human endeavor, and virtual care will never replace the powerful healing force that happens only when two people share the same space. Humans want to interact with other humans.”

The purpose of Army medicine won’t change, West said. “Our mission begins and ends with soldiers, and it always will,” she said. “The best available care will be there for them.”

West expects the Army will work with others to achieve a global medical network. “We will operate effectively wherever we may be asked to serve by leveraging technology, and the capabilities of our sister services and partners around the world and around the country,” she said.

One benefit is being able to monitor health and performance of deployed soldiers with real-time data streams. “This is real data that can be used to provide real decision-making power to a commander on who he or she selects to go on the next missions,” she said. The commander would know who has been getting enough sleep, who might be having medical issues and who is in tiptop shape.

Surgery-performing robots are also in the future, she said. They’d “perform tasks tirelessly for 24 hours a day, seven days a week,” and do it on the battlefield, she said. NASA is working on such a system to deploy on a future mission to Mars, she said, where there won’t be a human trauma surgeon aboard.

Stopping bleeding is a vital part of battlefield trauma care, all the more important when soldiers “may be isolated for 72 hours or more, requiring prolonged field care if injured in an austere environment,” West said. A self-expanding foam that works like home insulation might be able to stop bleeding, she said. “Can you imagine injecting foam which freezes everything in place to stop bleeding instead of having to worry about trying to find where you need to suture? That could be amazing. How many lives could be saved?”

Such innovation is part of what West sees as a responsive medical system built around the goal of having zero preventable deaths on the battlefield. “To make this happen, we need to focus on ensuring that our soldiers are ready, and that we are creating and sustaining responsive medical capabilities for the full range of military operations,” she said.

“We will challenge and change the status quo. There is an ever-evolving world waiting, and together as a team we will continue to achieve great things,” she said. “There is no doubt that we have great people, great tools and most certainly we have the greatest mission on earth.”