One of the highlights of this year’s Annual Meeting was the opportunity to recognize and celebrate the selection of our Army’s Best Warriors, the Noncommissioned Officer and Soldier of the Year for 2017-2018.

Competing in this year’s competition for the coveted Sergeant Major of the Army Jack L. Tilley award were 11 NCOs and 11 soldiers representing 11 major commands and their assigned organizations. 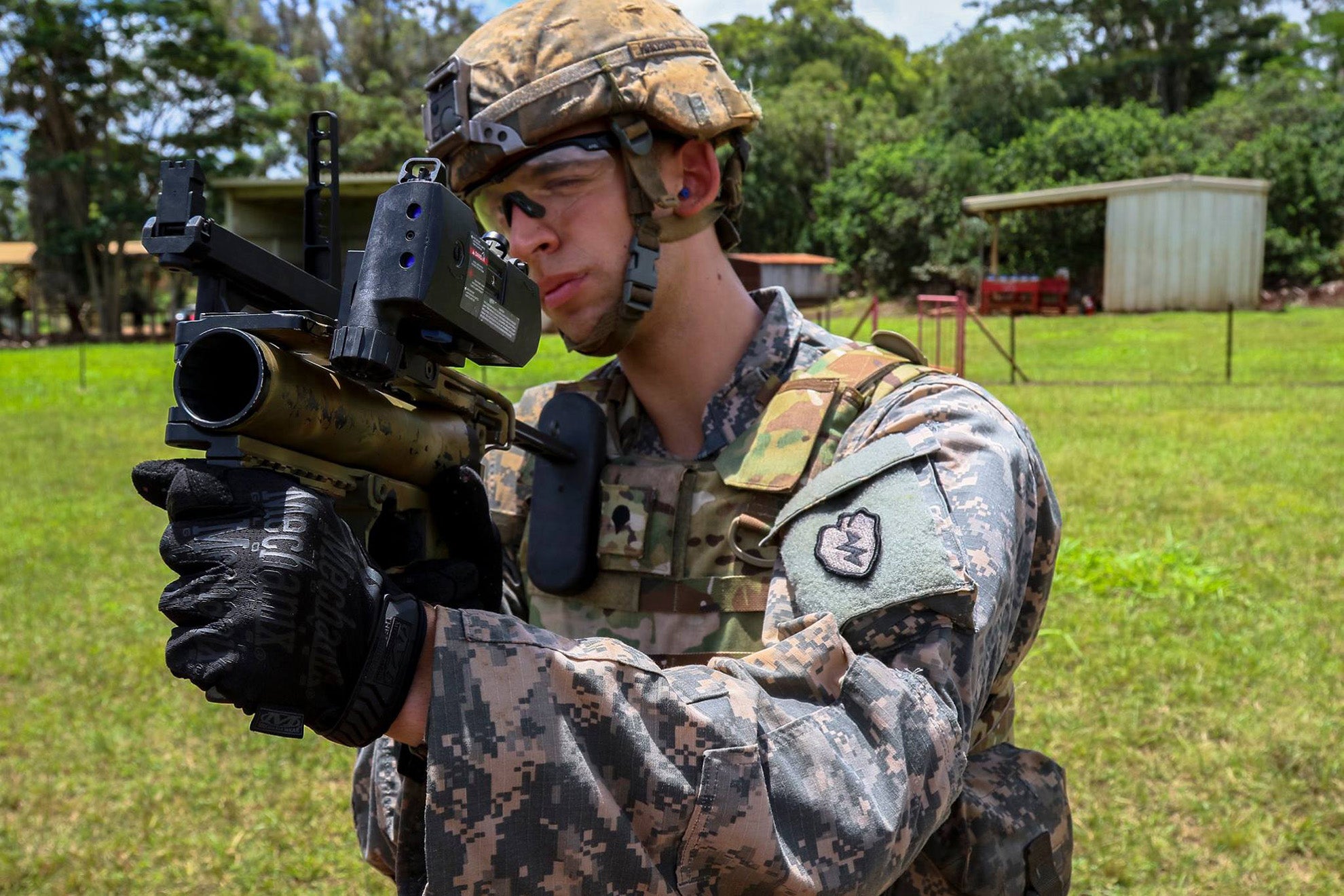 Starting on day one until the announcement by the Sergeant Major of the Army Daniel Dailey during the SMA Awards Luncheon at the AUSA Annual Meeting and Exposition, none of the competitors knew where they ranked in the competition or how they performed in any of the competitive events.

McCarthy, the noncommissioned officer of the year said the toughest part for him was the uncertainty of how he did in the competition from event to event, he said, “This competition was a great training event for me.”

Adding, “Everyone in the competition was a proven winner and a true professional. You couldn’t gauge where you stood with your competitors.” 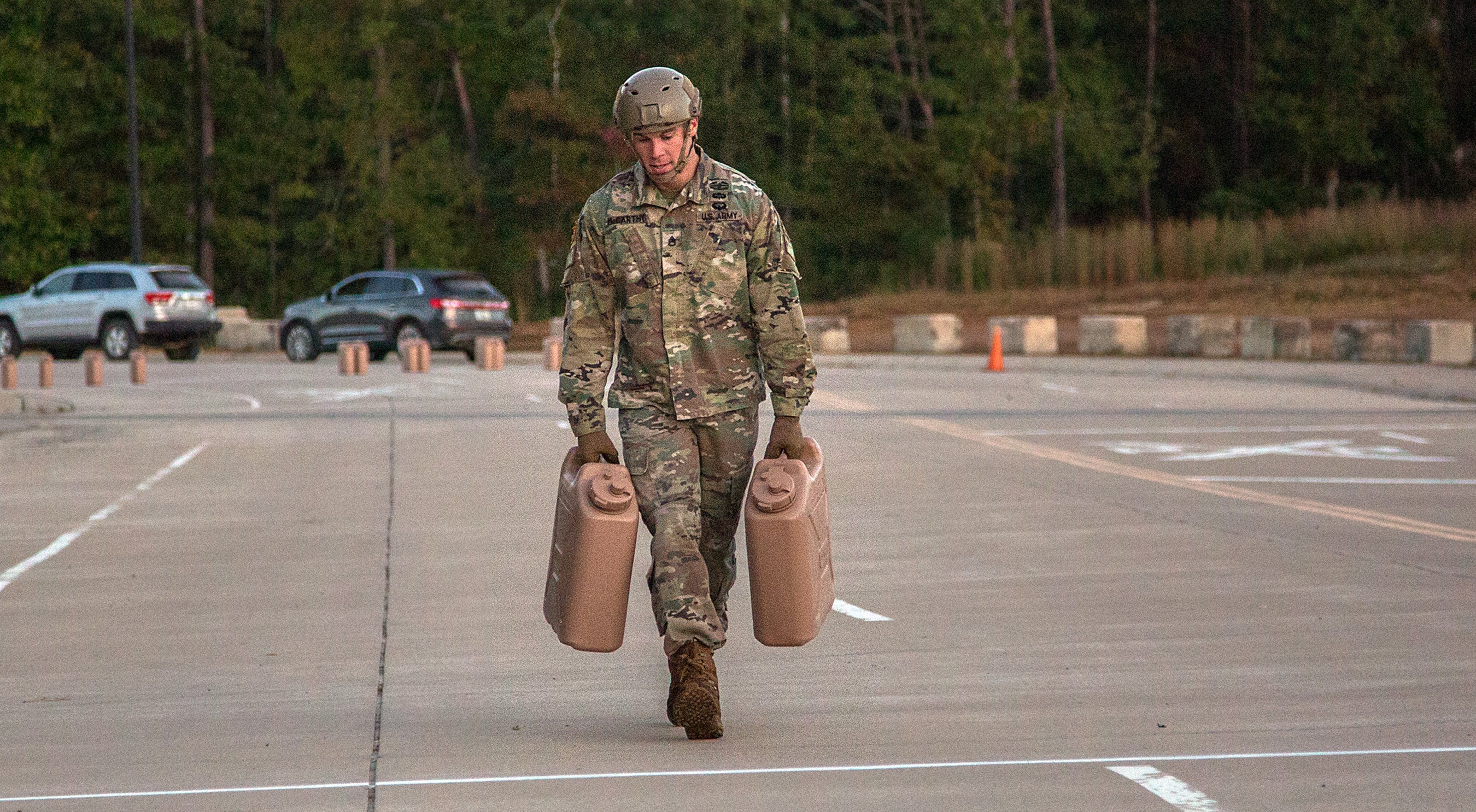 Ham, the Army’s Soldier of the Year, also said he never thought at any point in the four-day competition that he was winning because his fellow competitors were just as good.

“Just the caliber of the soldiers I’ve competed and trained with, I really feel like we competed with each other and not against each other,” said Ham.

Ham said the toughest part of the competition for him was the cumulative stress from event to event over the four-day period.

All the competitors competed as individuals throughout the competition consisting of phase one at Fort A.P. Hill and phase two at the Pentagon.

Adding to the isolation of the competition, all the human interaction during the competitive events were directly related to the role players who served as evaluators.

Starting on the first day with a situational briefing that placed the competitors in a fictional country as military advisors, assigned to provide their military expertise in a series of challenging covert operations to take place over the four-day period.

First, the competitors had to demonstrate to the “embassy” leadership that they had the fitness and endurance to complete the covert patrols and operations as individuals.

Going far beyond the standard three-event Army physical fitness test, these competitors faced a multi-event physical fitness assessments that included pushups, sit-ups and a 2-mile run coupled with lifting, carrying, climbing, rolling and sprinting their way to the completion of this initial task.

As all the competitors finished this physical challenge, they carefully selected the equipment they would need for the next several days, packed their rucksack and moved 15 miles to their basecamp for continued operations.

Arriving in the basecamp by late afternoon, each competitor was given a written examination of general military topics to complete before preparing for the next phase of the competition.

Over the next three days, the competitors navigated through a series of situational training exercises, as individuals, navigating to their first point, accomplishing the mission assigned and gaining the information needed to navigate to their next location.

Sgt. Maj. of the Army Daniel Dailey said, “The rigors of this year’s Best Warrior Competition went even further [than before] by stressing the characteristics of leadership required to be the Army’s Best Warrior.”

He added, “We bypassed the traditional format of competition, not in an effort to meet the marks on a checklist, but to think as a strong leader would in a true combat environment.”

Dailey noted, “They endured hunger, fatigue, lack of sleep and a myriad of mental and physical trials in their quest to be the NCO and Soldier of the Year.”

Embedded in the competition, competitors completed a graded essay on an assigned topic, conducted media interviews, reacted to and engaged the “enemy” with weapons, and demonstrated knowledge of numerous Warrior Tasks and Battle Drills during the exercises.

Additionally, the competitors faced a series of mystery events on the last day to test their leadership skills and resourcefulness.

All the competitors completed phase one of the competition at Fort A.P. Hill to advance to the second phase; the dreaded appearance at the Pentagon before a panel of the most senior sergeants major from across the Army testing their knowledge, appearance and military bearing. 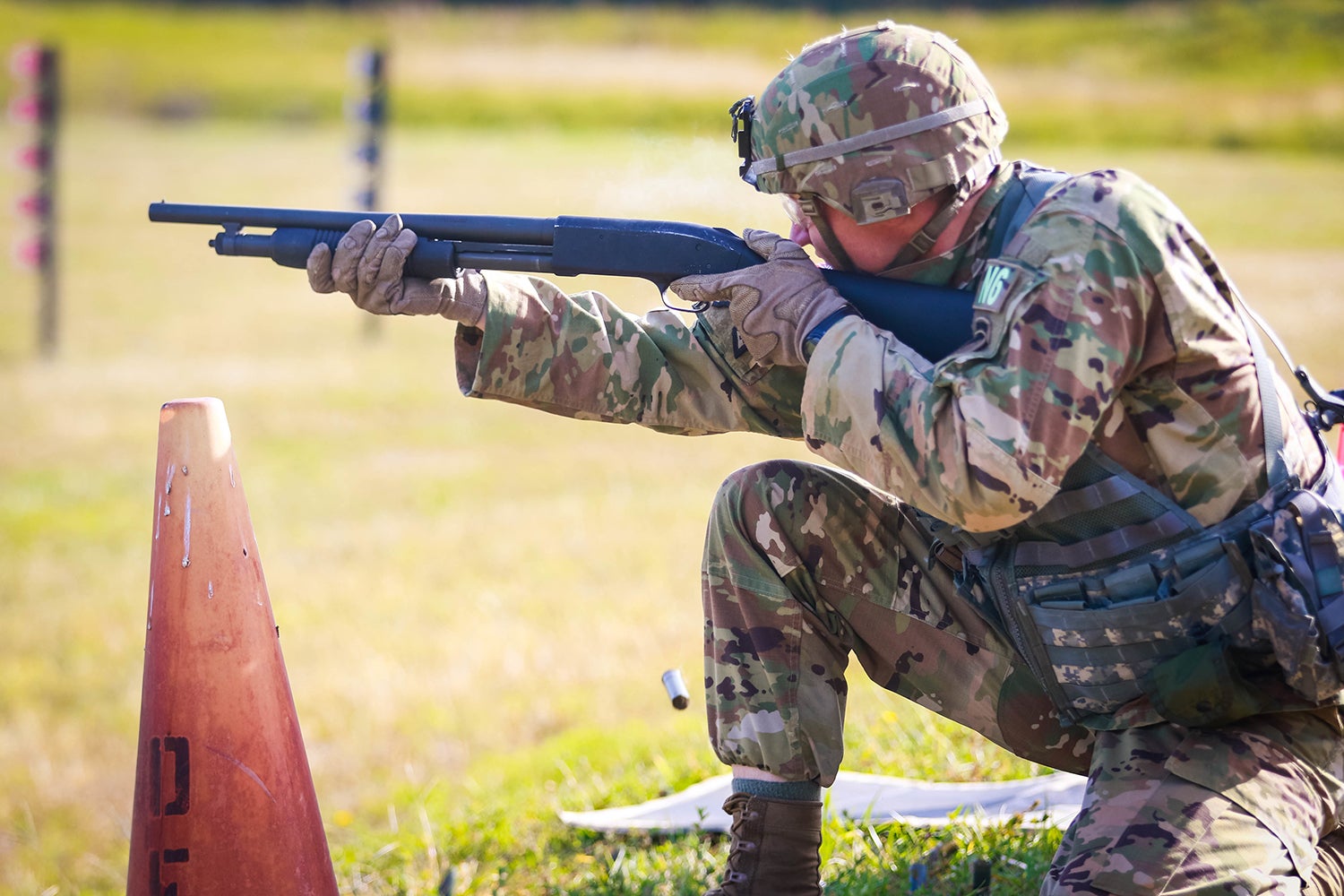 Noncommissioned officers and soldiers across the Army are now competing at the company, troop and battery levels, gaining the expertise to compete in next year’s Best Warrior Competition.

These competitions across the Army promote self-development, fitness and professionalism among our junior leaders and noncommissioned officers.

These professional development events are occurring every day around the Army; across the nation and around the world.

If you are interested in any of our professional discussions, this publication, social media, or our webpage, then join the team and be a member of the Army’s professional association.

There is no substitute for the knowledge and wisdom gained through experience, and when you are a young up-and-coming Army professional, associating with other members of your profession with varied experiences creates a unique opportunity to learn through the eyes of others.