Senior leaders are betting the Army’s future on guerilla-warfare-like teams to battle an enemy that threatens to weaken its overmatch.

The enemy comes from within—an entrenched bureaucratic culture that hinders the decision-making process on weapons and systems. It’s to the point that the world’s greatest land force moves so slowly in fielding new capabilities that some things—especially when it comes to advanced technology and computer systems—are almost obsolete by the time they end up in the hands of soldiers.

The bureaucracy-killer the Army will deploy as early as this summer is a new organization, the U.S. Army Futures Command, armed with an arsenal of cross-functional teams of experts who can quickly make decisions to swiftly field new capabilities.

Undersecretary of the Army Ryan D. McCarthy said the current process for delivering new capabilities is beyond reasonable repair. It will take “comprehensive change,” he said in an interview, suggesting a new process could reduce weapons and system development from the current five to seven years to two or less.

Army Vice Chief of Staff Gen. James C. McConville, interviewed alongside McCarthy, described Futures Command as a plan to move the Army out of the industrial age and into the information age.

The cross-functional teams—eight have been formed—are led by combat-experienced warfighters and include experts in requirements planning, science and technology, finance, program management, testing and materials. Empowered to work quickly, the teams also have a big gun in their arsenal because they report to McCarthy and McConville, whose roles as the Army’s chief management officers put them in position to make resource decisions.

McCarthy said he’s confident this will work. “What I’d dare say is there is no doubt for a decision that would take months to get to our level has gotten down to days,” he said.

The old system has been “very linear with many steps and many people in between who have the ability to slow down or say no,” McConville said. Cross-functional teams remove those speed bumps. That makes the process faster, making it possible to field systems while they are still cutting-edge advances and to also quickly make modifications, he said.

Formation of cross-functional teams to study how the Army could more quickly deliver on half a dozen high-priority capabilities have provided reason for optimism. “The behaviors are different, the types of recommendations they have brought forward have more rigor and precision, and it is helping us prioritize those capability portfolios so it helps with resource allocation,” McCarthy said.

Lt. Gen. Edward C. Cardon, who since 2016 has been the Army Office of Business Transformation director, headed a task force studying options for the new command and new processes. Eight cross-functional teams, each led by a one- or two-star general with combat experience, have been looking at high-priority areas where the Army wants to make big capability leaps. Army officials described this as an inward look to cut red tape, reduce bureaucracy and begin what they hope is a fundamental culture shift.

As they’ve talked since October about restructuring modernization efforts, McCarthy and Army Chief of Staff Gen. Mark A. Milley have described the change as moving everything from requirements to acquisition “under one roof” to streamline the process. They don’t mean that literally. Futures Command won’t be in one building or on one base. It will continue being spread over many locations, just as the myriad commands now in the process are widely spread. The locations will report to a commanding general, who has not been named. While generally considered to be the type of assignment requiring a four-star officer, McCarthy said it could be a three-star command. Cardon is one of those frequently mentioned as a possible first commander.

The new command will not come with extra people. It is expected to be staffed by shuffling people from other commands. Reducing the number of military or civilian workers is not a goal, but reassignments could lead to modest shifts at some installations. 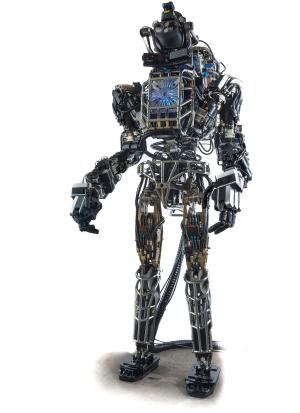 Overmatch Is the End Game

There is a goal of making certain the Army wins any battle. “We are certainly concerned about our adversaries getting ahead,” McConville said. “We want to make sure we have complete overmatch. We want to outgun and outrange and overmatch all of our adversaries as we look out there in the future.”

McCarthy agreed. “That’s exactly the point,” he said. “We want to win by a couple of touchdowns, maintain the overmatch that we’ve had for generations.” Potential adversaries “have made a lot of investments, and we’re paying very close attention to that. We will do whatever we have to do to maintain our best of breed in every domain. That’s the whole point, the emphasis behind this effort.”

There is widespread support for the initiative.

Army Secretary Mark T. Esper, an Army veteran with experience in the Pentagon, Congress and the defense industry, said during a late-January visit to Huntsville, Ala., that Futures Command is a way to reduce paperwork, improving processes to get faster results. “It is a different way of modernizing the force,” he said, pledging “an aggressive timeline” because “we just cannot afford, given what our soldiers need, to lose time.”

The Futures Command concept fits into guidance in the 2018 National Defense Strategy released by Defense Secretary Jim Mattis in January, which calls for a defensewide transformation that emphasizes performance, results and accountability. “If current structures hinder substantial increases in lethality or performance, it is expected that service secretaries and agency heads will consolidate, eliminate, or restructure as needed,” the guidance says. “The department’s leadership is committed to changes in authorities, granting of waivers, and securing external support for streamlining processes and organizations.”

The strategy calls for streamlined processes for weapons and systems. “A rapid, iterative approach to capability development will reduce costs, technological obsolescence and acquisition risk,” it says, pledging to “realign incentive and reporting structures to increase speed of delivery, enable design tradeoffs in the requirements process and utilize non-traditional suppliers.”

“Prototyping and experimentation should be used prior to defining requirements,” the guidance says, while endorsing use of commercial off-the-shelf systems when possible. 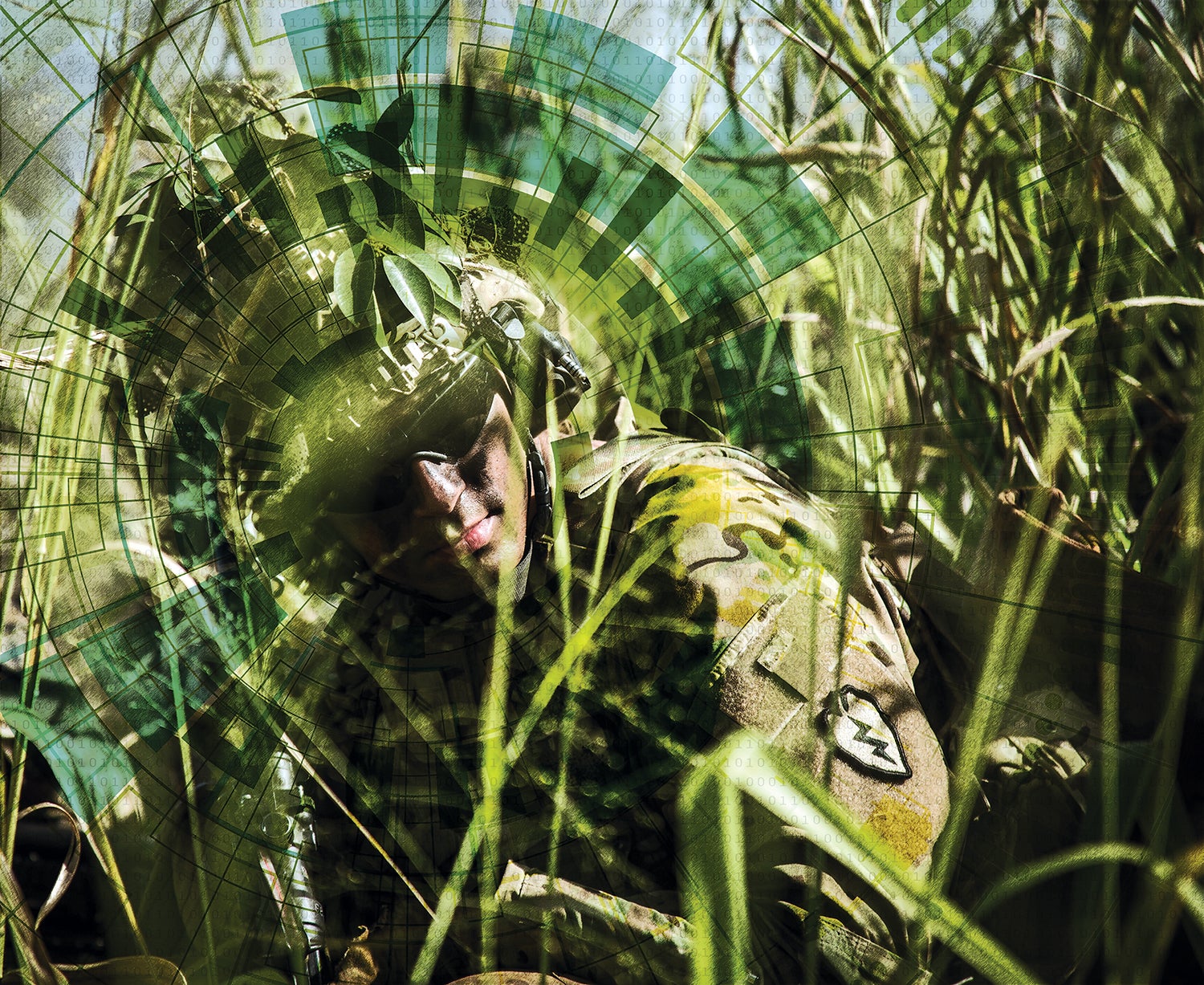 Prototypes for some of the Army’s top priorities are underway, said McConville, pointing to future vertical lift as an example. He emphasized the importance of also nailing down a prototype for the process so systems in development can move off the drawing board and into the field with reliable speed.

“We have two prototypes that are slowly moving forward that change the way we do vertical lift. We see the same thing in next-generation combat vehicle and in long-range precision fires, so we’re moving forward in prototyping those systems, but we also need a prototype process so we can move the system quicker, so we can work with industry and take advantage of many of the things they’re doing,” McConville said.

Creation of the Army Futures Command is a direct response to the need to bring about modernization with more urgency, as outlined by Milley’s remarks at a breakfast hosted Jan. 17 by the Association of the U.S. Army’s Institute of Land Warfare. Failure to modernize, he said, would be a “grave strategic mistake.”

“We do not want a level playing field, an even fight, a fair fight against our enemy. We want to be so dominant, so good, so capable that our enemies would never dare attack the United States and that our enemies know for sure if they did, they would lose,” he said. The mere act of modernizing the Army is a deterrent to war, he suggested.

Once dominant in range, targeting and munitions, the Army wants to regain its edge with deep-strike capabilities that can produce catastrophic damage. The ability to stop an enemy and prevent their freedom of movement is important, as is penetrating protected anti-access/area denial zones. This requires fast targeting, mobility and increased lethality of munitions.

The concept is simple. The current fleet of tanks and fighting vehicles continues to get upgrades but big advances are needed to guarantee the U.S. maintains a capability advantage. The Army seeks a new vehicle or vehicles that are more mobile and more lethal while offering more protection and increased survivability. Reduced weight is important. Alternative fuels would be good, as would the ability to generate power so the vehicle can operate independently. Unmanned operations also are a key option.

The Army is looking for an evolutionary improvement in lift capacity, with better reach, agility and more flexibility in missions. Manned and unmanned piloting is required, with improved weapons, surveillance and imagery capabilities. This requires some technological leaps, but the aircraft needs to be reliable and easily maintainable, preferably able to operate for extended periods without much maintenance.

Innovative integration of data-sharing and communications is a fundamental element of future warfare. Improvement is needed across the Army, from strategic commands down to the individual soldier. The network needs to be agile, mobile, and protected from intrusion and electromagnetic attack. It also must be simple so it can be operated and maintained by soldiers.

In addition, the Army needs to have a command, control, communications and intelligence network. The Army separately needs to improve position, navigation and timing capabilities.

Future adversaries are likely to launch blistering air and missile defense attacks, something shown as devastating in war gaming of a conflict in Eastern Europe. Hardened vehicles and shelters won’t be enough, so the Army needs defense against advanced air and missile attacks and also defense against less advanced drone attacks, particularly against a swarm of unmanned aerial vehicles.

There are several parts to this priority, which involves making each soldier more lethal and more survivable through weapons, equipment, armor and other devices. It involves physical and mental performance, using behavioral and medical science to get more out of each person. It also involves new training methods.