Military-to-military relations between the U.S. and France are at their closest and most dynamic since Benjamin Franklin strode the gardens of Versailles as minister to Louis XVI’s court late in the 18th century. Fast-forward to this year: Both armies—strategic partners and the oldest of allies—are refocusing on large-scale combat operations and multidomain operations readiness.

Both armies also are realigning their global presence while initiating necessary modernization efforts to adjust to new realities. These ambitious efforts afford an opportunity to build interoperability across the human, technical and procedural domains as the armies publish new manuals and field new equipment.

The military relationship with France is the United States’ first alliance. An early representation of this sits among giant paintings celebrating the victories of France since medieval times in the Grand Gallery of Versailles, the opulent palace of the French Bourbon kings. The monumental painting “Siege of Yorktown” commemorates the 1781 battle in which French army and naval forces helped clinch the U.S. victory over Britain in the Revolutionary War.

Gen. George Washington and the Comte de Rochambeau are seen at the center of the painting, directing combined operations against an expeditionary land adversary, while at sea, Adm. Francois-Joseph-Paul, count de Grasse, wrested control of the Chesapeake Bay from the British Royal Navy. Long before multidomain operations became a military catchphrase, the U.S. and France were putting it into practice.

Simultaneously, both armies draw on hard-won experience fighting side by side in places like Syria, Afghanistan and Mali to bolster multidomain operations readiness. They do so both as partners bilaterally as well as multilaterally, through organizations like NATO. This apparently seamless interaction is years in the making.

How did this energized pursuit of interoperability come about? In 2015, recognizing the imperative for bilateral synergies as their armies shifted toward large-scale combat operations, the then-chiefs of staff, American Gen. Raymond Odierno and French Gen. Jean-Pierre Bosser, signed a Strategic Vision Statement. The document outlined the mutually shared goal of enhancing interoperability across the full spectrum of operations. With NATO standards and doctrine as its basis, the statement set the direction for increased cooperation and interoperability along multiple lines of effort, including cyberdefense; command information systems; intelligence, surveillance and reconnaissance; fires; and sustainment.

In the following years, the two armies moved toward the end states outlined in the Strategic Vision Statement through the exchange of liaison officers; annual army staff talks; participation in conferences and exercises; professional military education opportunities; and a historic exchange of deputy commanding generals between the 3rd Infantry Division at Fort Stewart, Georgia, and the French 3rd Division in Marseilles. In the spring of 2021, the French army participated in a corps-level warfighter exercise at Fort Hood, Texas.

Concurrently, in 2016, the French army embarked on its most ambitious modernization process since the interwar period of the 1920s and ’30s. Gen. Thierry Burkhard, then-French army chief of staff, began a 10-year reform plan designed to prepare the army for high-intensity warfare and large-scale combat operations.

This new strategic plan refocused the French army after a decade of support to NATO counterinsurgency efforts in Afghanistan and Iraq, as well as France’s own counterterrorism operation, named Barkhane, in the Sahel region of Africa. Sound familiar?

Burkhard’s successor, Gen. Pierre Schill, continues to execute the strategic vision that refocuses the French army on division-level, large-scale combat operations. The French army’s strategic plan launched new projects in force structure, training and equipping its force, all backed by a new military programming law enacted by the French Parliament and signed by the president.

The plan propelled upgrades to France’s main battle tank, the Leclerc, as well as the development and fielding of a new generation of combat vehicles with corresponding sensors, weapons and command information systems capable of succeeding in multidomain operations. Unmanned systems and nonlethal effects also figure prominently in the plan. In order to support the necessary soldier skills to operate and maintain these capabilities, technical training and doctrine are being revamped.

As of this past summer, fielding of the new combat vehicles to maneuver brigades was ongoing after extensive testing in combat conditions during unit deployments to Africa’s Sahel region. One example is the October 2021–February 2022 deployment to Mali of a battle group equipped with a mix of legacy armored vehicles and the new Griffon armored fighting vehicle. The Griffon, equipped with new sensors, communications and command information systems, far outperformed the legacy vehicles in physical and decision-making agility under combat conditions.

The crawl, walk, run method continues. Interoperability is underscored as new capabilities, doctrine and tactics are developed and fielded. U.S.-France participation in each other’s brigade- and division-level exercises provides checkpoints for progress along the path of interoperability. In April 2021, the French 3rd Division participated, alongside the 3rd (U.K.) Division and the U.S. 1st Armored Division, in Warfighter 21-4. The exercise was the largest for the U.S. Army Combined Arms Center’s Mission Command Training Program in its 35 years of existence. For 10 days, the three divisions successfully simulated multinational, corps-level battle under the control of III Corps Headquarters at Fort Hood, Texas.

Exercise Orion 2023 next September and October will be the next major French army checkpoint. This large-scale exercise will include an alert exercise and a deployment exercise, followed by a division-level field training exercise and concurrent command post/computer-assisted exercises across multiple departments of southern, central and northeastern France. Orion is the French equivalent of the U.S. Army’s Louisiana Maneuvers of 1941 in scope and ambition as the army fulfills Schill’s vision of a return to large-scale combat operations.

Slated to participate is a division response cell from the Minnesota Army National Guard’s 34th Infantry Division, which will control key fires and sustainment tactical enablers.

In November 2024, Exercise Loyal Leda will validate NATO’s Rapid Reaction Corps’ ability to operate as a warfighting corps headquarters. Through command post/computer-assisted exercises, the Rapid Reaction Corps will plan and execute an Article 5 major joint operation against a peer adversary contesting NATO in all domains within its European area of responsibility. Article 5 specifies that an attack on one NATO-member nation is an attack on all.

With predeployment site surveys and planning conferences for Orion 2023 already underway, the right questions are being asked: How can France and the U.S. arrive at a shared common logistics picture that provides seamless commodity-sharing? Can French and American field artillery tactical data systems talk to each other? If not, how do the countries transmit fire missions and implement fire control measures digitally? Can a U.S. division headquarters element successfully plug into the French corps-level simulations software? What technical and legal agreements need to be in place for U.S. military vehicles to cross local administrative boundaries during an exercise? Train as we fight, indeed.

Challenges to interoperability are persistent. For example, the current generation of command information and simulation systems may require human intervention to solve technical problems. This is needed when pieces of technology cannot digitally communicate with one another.

Another challenge is a penchant for overclassifying information in the U.S. that limits information-sharing. This inhibits full integration into multinational exercises.

Lastly, despite the strong military-to-military desire to develop technical interoperability standards early, industry can be hesitant to partner with other nations’ firms.

As these challenges and questions arise and are solved, opportunities for bilateral cooperation emerge as well. The U.S. and France can continue to develop interoperability “on the fly,” or attempt to build interoperability before systems are developed through increased cooperation between the U.S. Army Futures Command and France’s Defense Innovation Agency. The areas of cyberdefense, robotics and command information systems are of mutual interest and a fertile field for cooperation.

Looking toward large-scale combat operations validation exercises Orion 2023, Loyal Leda 2024 and a Warfighter in 2025, both armies are  close to  achieving their respective chiefs’ intent: A U.S. Army division is able to train, exercise and operate under the operational control of a corps headquarters (NATO’s Rapid Reaction Corps headquartered in France) and function seamlessly in land operations as a peer formation alongside a French army brigade, and vice versa. The ongoing crisis in Eastern Europe lends new urgency to these goals. However, the achievement of tactical and operational interoperability across warfighting domains is more of a journey than a destination. This is an ongoing effort that will require bilateral prioritization in the years ahead. 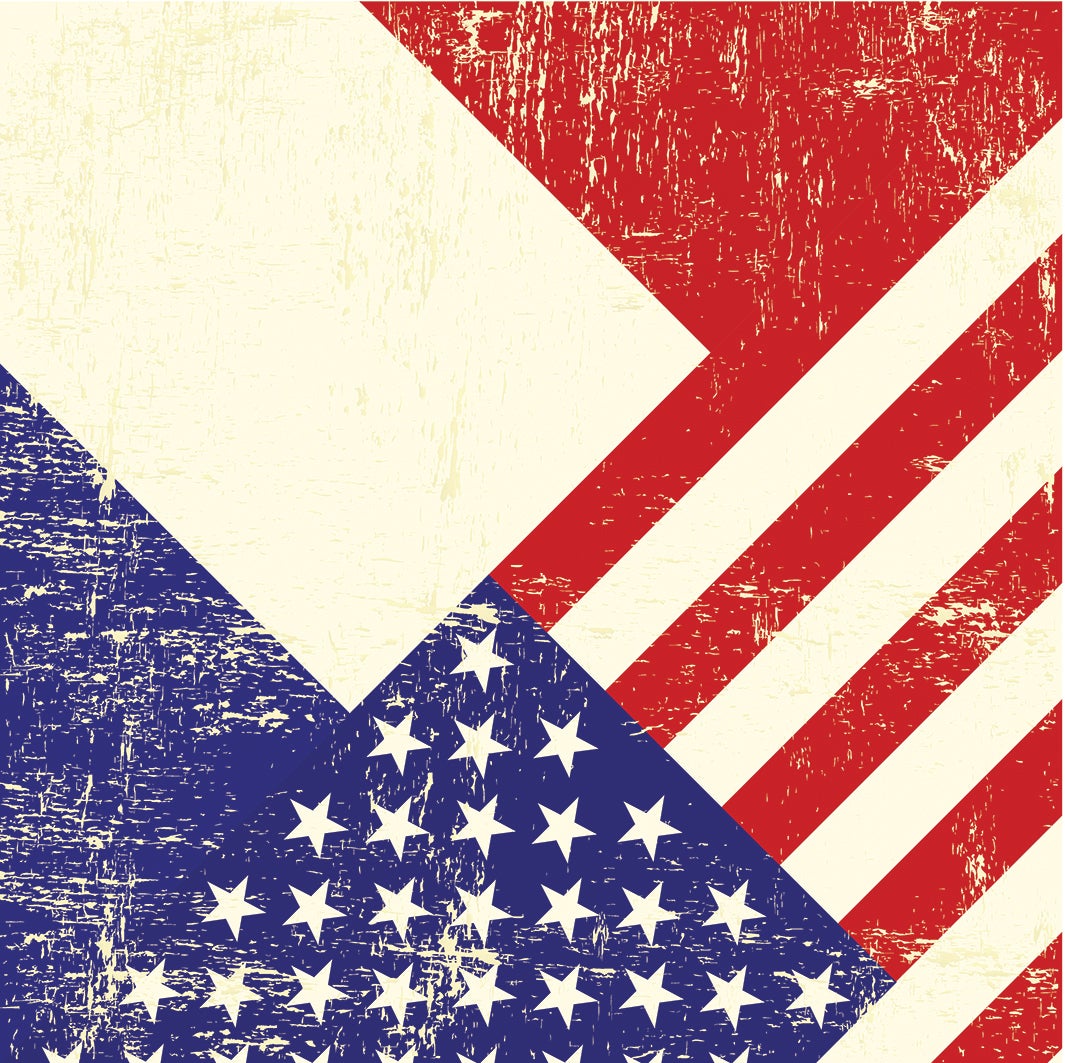 Lt. Col. William Hogan is the Headquarters, U.S. Army, liaison officer to the French Army Staff, Paris. A fourth-generation Army officer, he has a master’s degree in international relations from New York University. His book, to be published next fall, is titled Task Force Hogan: From Normandy to the Elbe.

Lt. Col. David Ashcraft is the U.S. Army Training and Doctrine Command liaison officer to the French army Center for Doctrine and Command Teaching, Ecole Militaire, Paris. He has a master’s degree in international relations from Yale University, Connecticut, and is a master’s degree candidate in Russian at Middlebury College, Vermont.