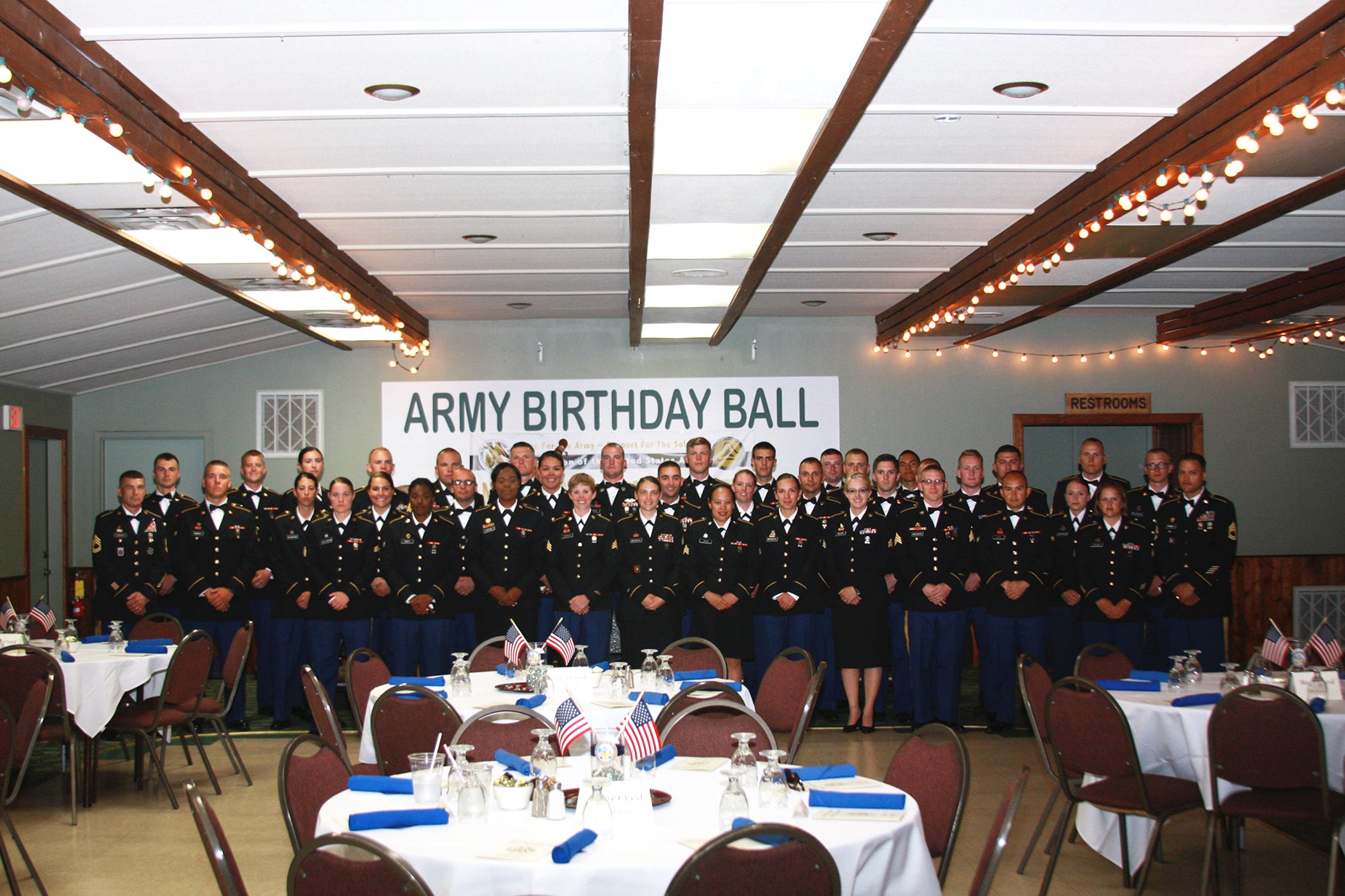 This event celebrated the 241st Army birthday as well the 107th birthday of Fort McCoy.

The mission of Fort McCoy is to “Underpin Readiness of the Force by Serving as a Training Center and a Support Site for Power Projection Missions.”

The class attending the Basic Leader Course included Army Reserve and Army National Guard soldiers from throughout the United States.

Their attendance at the birthday ball was coordinated by Course Manager Sgt. 1st Class Anthony A. Lukasik, a member of the McCoy Chapter.