Germany’s Tobias Wendl and Bvias Arlt won the race with a 1:27.326 clocking.

"There’s always a little bit of pressure when you’re sliding, but for Preston and I, the main thing was just get down to the finish without walls – do something that you’ve done hundreds of times, and just do it OK," said Mortensen, 28, of Huntington Station, N.Y.

Adding, "Second run, I tried not to do it OK, but we still managed to get down without any walls."

Griffall, a 2006 Olympian who just missed making the team in 2010, had even more reason to be concerned.

As the bottom guy on a doubles team, it’s often difficult to see what is happening.

"Our second run, like Matt said, we had some problems on the run," said Griffall, 29, of Salt Lake City, Utah.

"There’s a big scoreboard, actually, behind curve 14 – because I can’t see directly in front of me because Matt’s sitting there – so I was turned around and trying to look at the scoreboard to see what place we were in. And we’re still traveling at 60 or 70 miles per hour, and I couldn’t see where the place was on the board," he added.

Another four years instantaneously flashed through the mind of Griffall.

"I had no idea what place we were in, and Matt wasn’t doing anything, so there was no reaction at first. I was like, ‘Oh, my God, maybe we didn’t get the place that we needed,’" he recalled.

Adding, "I finally was able to see around him once we got further up the outrun and I saw that we were in second place [at that point in the competition] and at that point I knew that we had met the place we needed to in order to qualify for the Olympics.

"I was just extremely excited," Griffall said. "That was what we needed to do. I was happy for both Matt and I that we were finally able to do this after seven years. This is the goal that we had, and we finally met that goal."

Adding "I’m just trying to enjoy it right now and we’re going to look forward toward Sochi, get there and try and go for it – give ourselves the possibility of going for a medal."

Mortensen was "paralyzed by emotion" the moment he realized the WCAP duo’s second run was good enough to earn an Olympic berth.

"All that matters is that we qualified for the Olympics and we’re going to Sochi," he said.

"We ended up in ninth place today, which is same as last week, so that’s really, really good for us," he noted.

The next day, Mortensen and Griffall enjoyed a "victory lap," of sorts, by anchoring Team USA to a silver medal in the World Cup team relay, an event that will make its Olympic debut in Sochi.

"It’s unbelievable," Mortensen said. "I get emotional thinking about it. It’s been almost 17 years that I’ve been working toward this point, and for it to finally happen is like a dream come true."

Griffall hopes his third go-round might indeed produce the charm.

Adding, "This is the biggest event for our sport. It only happens every four years. We have World Cups and World Championships in between, but this is the big one, you know? Yeah, after Matt and I missed it narrowly in 2010, this has been a long time coming." 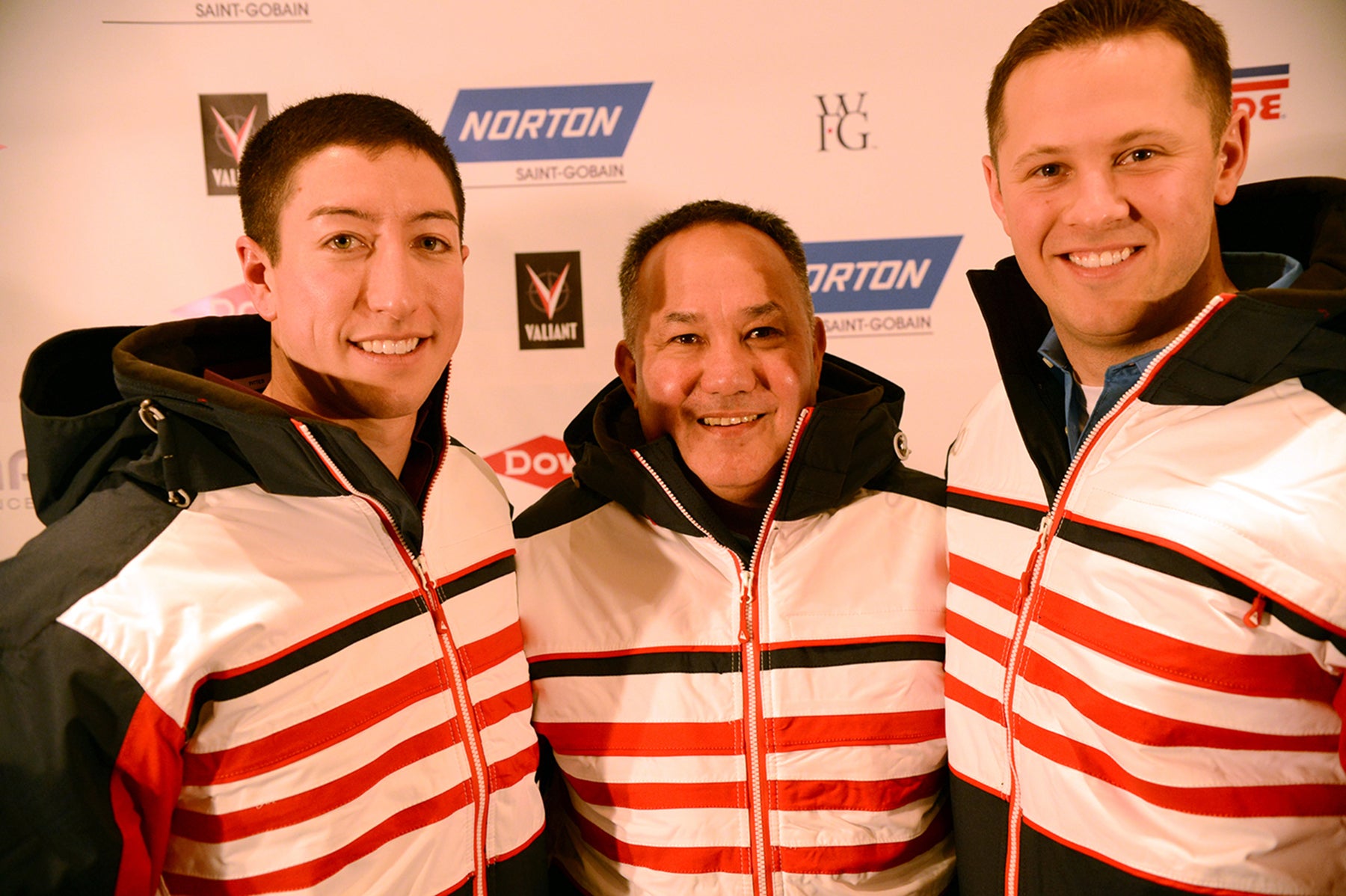