Army University: Will Education System Earn Prestige With Improvements and a New Name?

Army University: Will Education System Earn Prestige With Improvements and a New Name?

An ambitious Army plan to boost the quality and respect of its expansive professional education network attempts to capture the symbolism of America’s big-name schools. If university systems like Harvard, Stanford, Columbia and Princeton hold prestigious positions in society because of their rigorous admission, accreditation and academic standards, Army leaders hope they can do the same with symbolic and substantive changes in military education called Army University.

Army University is a brand, with officials sometimes calling it The Army University but also referring to it as ArmyU. Like major national universities that have a wide reach of affiliated colleges and schools, Army University will provide big-name identity to a collaborative network of 70 separate schools and additional independent research libraries, while also working with more than 90 public and private colleges and universities. Its “campuses” will range from basic training classes to education classes for officers, warrant officers, NCOs and civilians—basically everything under control of the U.S. Army Training and Doctrine Command, plus a few additions.

There are three key parts to Army University, according to planning documents:

- Increasing academic rigor and relevance is a goal for institutions that Army officials concede have sometimes seemed more interested in test scores and attrition rather than preparing soldiers for real-world problems. This requires faculty development, curriculum changes, and perhaps even different ways of accessing educational performance. It also means working to become accredited.

- Improving respect and prestige has many benefits, including encouraging soldiers to attend the schools, helping to recruit talented faculty, and aiding in the transition to civilian life by giving more credit to graduates.

- Better and shared management practices could make the Army’s education system more efficient, with savings poured back into making the schools better. 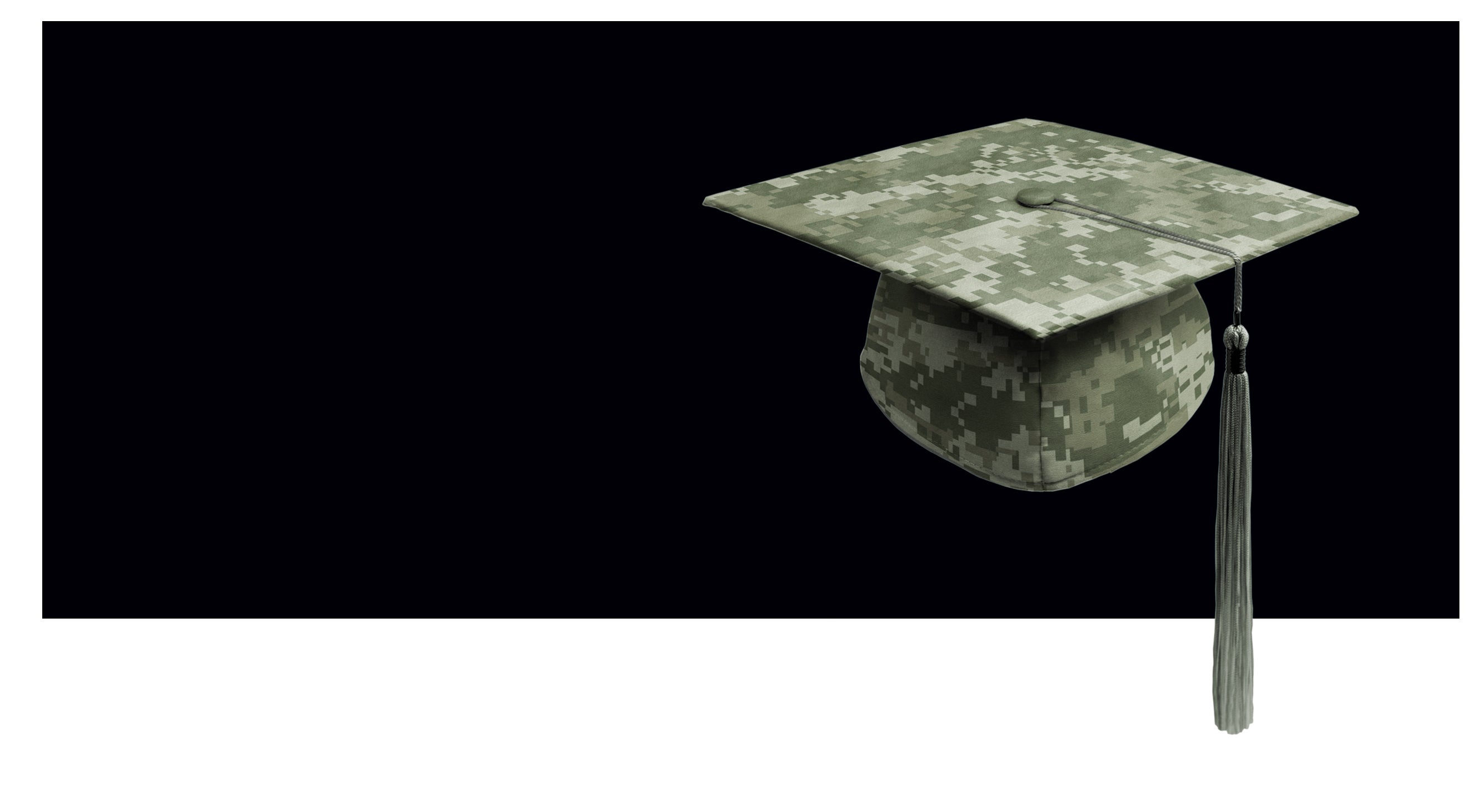 Because nothing is ever simple when making sweeping changes, there are outliers in the Army University consolidation. For example, the U.S. Military Academy is not under the Army University umbrella. It is described as an “affiliate,” following the overall plan of building world-class faculty and relevant curriculum along with taking other steps to gain more prestige for the already well-regarded institution.

The Army War College, located in Carlisle, Pa., will remain a separately accredited college, but the commandant will be vice chancellor for strategic education of Army University, shaping education and research programs.

Name Recognition Needed
Name recognition is a big part of the change. Though training and education are a core part of the Army, the number and variety of schools as well as diverse approaches to education and credit have resulted in soldiers and outsiders undervaluing the education system, according to a white paper on the Army University concept. Army University, with the name and accompanying changes, is an attempt to get soldiers who attend the schools and the faculty who teach at them the respect Army leaders believe they are due.

One element of building prestige is for soldiers to have an Army University transcript listing the academic credit received across all education programs. That transcript will be part of a soldier’s military record to show accomplishments; it also will be useful outside the Army to show in one document all the education a soldier achieved during his or her military career.

It is not easy. The prestige of attending and completing Army schools has not had the same standing as education from nonmilitary schools, something the white paper says is partly the result of the lack of name recognition and partly because Army programs lack the academic rigor of civilian institutions and often are not accredited. Less than a quarter of Army education programs are accredited by agencies recognized by the U.S. Department of Education.

Brig. Gen. John S. Kem, provost of ArmyU, said improving faculty is a key part of improving the reputation of Army schools. “Better faculty means a better outcome in the classroom,” he said. “We have said you have to be good to teach for us. We have never said that you have to have a certain level of academic credentials.” Having better-qualified faculty members who are recognized as experts in their respective fields makes the education more prestigious and helps with accreditation, Kem said.

Accreditation and faculty quality are important to soldiers, Army officials said, because not being accredited means soldiers don’t get credit for military education and training. “This generates an enormous hidden cost as soldiers pursuing degrees must complete courses in civilian institutions similar to instruction that they already mastered in the military,” the white paper says. “It is not uncommon to find career noncommissioned officers with ample credit hours of education but no academic degree because those credit hours were acquired across a career in different programs at different installations.”

Having credits earned by Army University would reduce this problem, although it wouldn’t necessarily guarantee that public and private schools would agree to apply those credits toward a degree.

‘Most Fundamental Change … Since 1881’
“We want to better Army education, provide accredited sources for our present and future soldiers, and increase the quality of our faculty,” said Lt. Gen. Robert B. Brown, commanding general of the U.S. Army Combined Arms Center at Fort Leavenworth, Kan. Brown also serves as commandant of the Leavenworth-based U.S. Army Command and General Staff College, an institution established in 1881. In the Army University integration of schools, Brown is the executive vice chancellor for training and education.

At a December conference about the initiative, Brown said, “This is the most fundamental change in Army education since 1881.”

A big part of the effort is aimed at enlisted soldiers, attempting to get them more credit—especially college credit—for military education.

Separate from the Army University effort, the Army also has a backlog of about 14,000 soldiers overdue to attend leadership classes. ArmyU is working on ways to better manage these classes. Completing advanced and senior leadership courses is becoming a mandatory promotion requirement. In 2016, completion is a prerequisite for promotion to sergeant first class. In 2017, it will be a requirement for promotion to master sergeant.

The U.S. Army Sergeants Major Academy at Fort Bliss, Texas, will be one of the first programs to attempt accreditation, Sgt. Maj. of the Army Daniel Dailey said. “We have a five-year plan to accredit the academy at the master’s degree level,” Dailey said. “Our academy has 1,490 hours of academic exposure time. How many graduate-level students have that level of exposure to their professors? I don’t think there are any.”

Accreditation of the academy, which has graduated more than 120,000 soldiers since its founding in 1972, is “long overdue,” Dailey said. “For years, we’ve been providing excellent training to our soldiers by way of tactical and technical education, but we haven’t done them justice in regards to certifying those courses within the equivalent civilian certifications and college credits. Army University is going to help us accomplish that goal.”

Representatives of about 80 colleges and universities attended a December symposium to talk about ways of getting more credit for soldiers for the professional education they receive and how to increase rigor in training. Another meeting is planned for June.

Schools represented at the meeting are already involved with training soldiers, with some offering distance-learning courses for college credit and others operating on-post. One of the vexing and unresolved issues facing soldiers is that credits earned through Army training and from schools affiliated with the Army do not always transfer to other colleges and universities, especially prestigious four-year schools. Improving the academic standing of the classes available to soldiers is seen as a way of trying to resolve this problem.

Army Not Alone
However, this is not an Army-only problem. Nonmilitary students transferring from community colleges to four-year schools face similar problems receiving full credit for courses already taken. A 2015 Pell Institute study on inequities in higher education in the U.S. says transferring from one college to another is one of the factors affecting equity in education. The report called for state governments and schools to “do more to ensure that students can transfer across higher education institutions without loss of academic credit.”

Columbia University’s Community College Research Center reports that students who transfer credits in efforts to earn a bachelor’s degree are less likely to complete the degree and take longer to complete the degree if they do finish, a problem well-known to soldiers who move from post to post collecting college credits. Taking longer to complete a degree is part of a nationwide trend that goes beyond the Army. A November report from the National Student Clearinghouse Research Center found just 53 percent of students who enrolled in college in 2009 completed a degree within six years.

There are gains in getting credit. For example, the U.S. Army Prime Power School at Fort Leonard Wood, Mo., provides up to 38 college credits in math, applied physics, mechanical engineering and electrical engineering for graduates, something possible because the instructors are professors from nearby Lincoln University. The partnership created at Prime Power is an example of what the Army wants to duplicate in other professional education courses.

Army University is not a new idea. It was first raised in 1949 by Lt. Gen. Manton S. Eddy, a former instructor and later commandant of the Army’s Command and General Staff College, who pushed the idea to the War Department’s Military Education Board as part of a postwar overhaul. The Air Force had created Air University in 1946, essentially for the same reasons the Army is considering today.

“It was hoped that the re-designation would help to correct the numerous problems that plagued the pre-war military education system,” according to Air University’s official history. “The schools that comprised the old system had operated independently and were poorly coordinated in scope, doctrine and curriculum.” Marine Corps University was established in 1989; like ArmyU, it includes professional education for both officers and enlisted personnel.

It is no coincidence that the Army, like the Air Force, is undertaking a postwar transformation of its education system. “History reveals that some of the best and longest-lasting transformations in military education occur in the aftermath of sustained conflicts,” the white paper notes. “The Army today is a veteran force with real-world experience derived from years of sustained combat. This experience informs our judgment and gives us a deep appreciation for the complex and unpredictable challenges ahead.”

Since the Army isn’t building a physical university, costs for the initiative are low: around $4 million in fiscal 2016 and $3.7 million in FY 2017, according to the business plan estimate.

Dailey said he hopes for quick improvements. “I want to accomplish these goals in 18 months,” he said of the effort to get the Sergeants Major Academy accredited. “That’s really aggressive, but I feel like we are 240 years behind on this.”