Are You a Strategic Genius?: Not Likely, Given Army's System for Selecting, Educating Leaders

Are You a Strategic Genius?: Not Likely, Given Army's System for Selecting, Educating Leaders

As we exit from our second war in this new century, many in authority sense something is missing in American strategic generalship. Wars in Iraq and Afghanistan have shown that the services have come up short at the strategic level, the level at which national security and political objectives are translated into war-winning plans and policies.

Much of the blame for this perceived sense of failure rests with the senior officers—mostly generals—who devise policy, advise civilian leaders, and command very large military organizations. In a strange irony, these same serving soldiers performed very well as tactical and operational commanders earlier in their careers. Why the difference? How is it that a midgrade officer can do so well as a tactical commander and then, when elevated to a position of national strategic leadership, perform poorly?

Part of the reason abides with how the Army selects leaders. For example, the Army does a terrific job of identifying tactical commanders, those at battalion and brigade level, using a proven command selection board system. Young officers from commissioning onward build their careers around the hope that someday they might command soldiers at higher tactical levels. Yet no service has a parallel career system for selecting, educating and rewarding officers for strategic leadership. 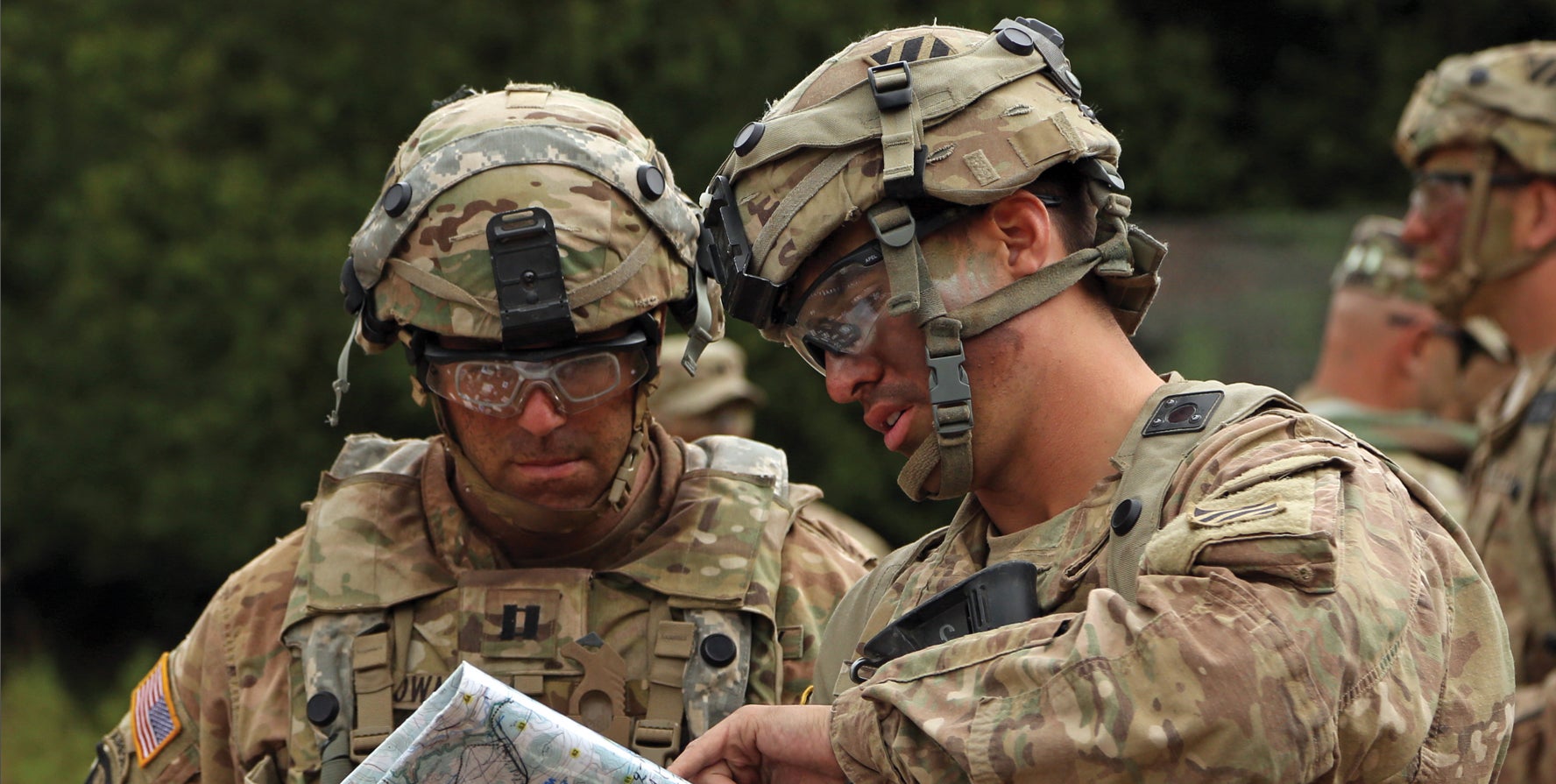 Every special calling in life, if it is to be followed with success, requires peculiar qualifications of understanding and soul. Where these are of a high order, and manifest themselves by extraordinary achievements the mind to which they belong is termed genius.

Strategic genius is hard to define. Great strategists of the past were not all military men. Not all were appreciated in their time, nor did they all achieve great rank and stature. Four categories of generals embrace the collective sum of strategic circumstances and attributes that define strategic genius in war:

The problem with the system today is that the Army advances those due for stardom at a point in their careers when their potential strategic genius has yet to be observed or tested. The Army’s system of paper evaluation selects tactically proficient young captains and promotes them early or “below the zone.” While not all selected below the zone make general, it’s safe to say that most selected for general were at one time in their earlier careers selected below the zone, mostly very young.

This would be a fine system if tactical genius and strategic genius were related. But experience has shown that great tactical skill does not equal great strategic skill. In fact, tactical and strategic genius are unrelated. Officers with potential for strategic leadership are morally as well as physically brave. They may not be able to make the convoys run on time, but they have a special talent for seeing the future and conjuring a battlefield that has yet to appear. These are young men and women who are intellectually gifted. They can think critically. They are more interested in studying warfare than practicing it.

The Army has a terrific program called Functional Area 59 (Strategist), which educates exceptional young officers in strategy. Unfortunately, the Army promotion system grinds these officers off at field grade. The best become strategic advisers to strategic decisionmakers, or they wind up retiring from teaching positions at senior-level schools. It’s a painful dichotomy that those officers best prepared intellectually to become strategic decisionmakers are least likely to rise to positions where they can exercise their decisionmaking talents. You can count on the fingers of one hand the number of FA 59 officers who make general.

If we are sincere about the need to find and nurture strategic genius, then the system should elevate many more strategically gifted officers to positions of real influence. To find and nurture true strategic genius, we must establish a rigorous, intellectually accountable, eliminative system for selecting, educating and professionally rewarding those few whom the Army needs to anticipate, plan, advise and command at the strategic level of war, and then reward their intellectual excellence with promotion to the highest decisionmaking positions in the military.

Developing strategic genius will be a long, expensive and eliminative process and thus must be limited to only the talent the Army needs at the strategic level. Not every officer promoted to flag rank needs to be a professional strategist. By my unscientific count, the Army needs about 100 flag officers and senior colonels-in-waiting. The 100 would include division commanders and their chiefs of staff, other general officer key staff principles, and directors on the Army Staff.

Also included would be the Army share of joint, coalition and political selectees in operational and strategic billets on the Joint Staff, National Security Council and Congress, as well as attachés in the most sensitive countries. I would add all senior strategic-level commanders and operational staff principals in combatant commands, including senior generals, officer commanders and directors of intermediate and senior service colleges as well as those in Army-specific think tanks that are spotted in every Army command.

How might we find and assign the best and brightest to these critical positions? Start early after captain-level command to identify those with the strategic right stuff. This small, selective group of young captains would begin their apprenticeships by attending a top-tier, fully funded graduate school to study the art of war. To culminate at general and colonel with a cohort of about 100, the Army should select about 350 potential strategic leaders to allow for attrition from resignations, retirements, and nonselect for advancement in the program. The 350 should be selected by an Army-level board that uses several instruments to determine suitability of young officers for strategic-level positions. Selected officers would in time develop an official intellectual resume that highlights their academic standing, performance in graduate school, skills as an instructor, and candid comments by commanders and mentors concerning capacity for strategic leadership.

Arguably the Army’s greatest contribution to officer education is its “honors” program, the School of Advanced Military Studies at the U.S. Army Command and General Staff College. The number of SAMS graduates who have demonstrated strategic genius in battle proves the enormous success of the program. A system for developing strategic genius should be built by leveraging the SAMS model, a model that begins at the staff college and continues through the war colleges to culminate in eliminative intellectual assessments by senior Army leadership prior to selection to general.

If the existing SAMS course is to be a proper steppingstone for future strategic leaders, the school will have to be changed somewhat. The course would be two years with attendance mandatory for those in the strategic leaders program. To accommodate such a large cohort, SAMS would need to be a bit bigger, perhaps 100. Two years in residence would allow the best to complete all requirements for a Ph.D. in strategic studies.

The number of prospective strategic leaders would be further winnowed over time by their relative success as battalion-level commanders. Those who make the command cut would matriculate into a “strategic SAMS” level course conducted at the U.S. Army War College, a course similar to the existing Advanced Strategic Arts Program. If the total requirement for strategic leaders Armywide will be about 100, then such a course would matriculate about 40 per year to account for failures and normal attrition.

Again, criteria for acceptance would be very stringent: successful battalion command, and passing an entrance exam that tests strategic knowledge and executive-level thinking as well as oral and written communication. Most of these officers will likely be graduates of SAMS, but the war college-level program must account for late bloomers and officers who show particular talent from the reserves.

Early entry would be allowed for the very brightest, those brilliant soldier-scholars who can move up to sensitive billets very quickly. The course should last at least a year. All segments of this strategic SAMS should be rigorously graded with termination a consequence for those who fail. The course would be case study-based and stripped of all the fluff that clogs war colleges today. No foreigners, no civilians or officers from another service. Reward for completion should be immediate selection for higher command and staff positions, and a guaranteed fast track to general.

Oversight for the program should be superintended by the Army chief or vice chief of staff and remain outside the Army’s human resources bureaucracy. The chief should select a board of senior general officer strategists to pick both the intermediate- and senior-level students. Assignment of these “strategic Jedis” should be left solely to senior Army leadership. Instruction to the brigadier general’s board should include a strict quota for the strategic SAMS graduates, with the intent that they alone would fill particularly sensitive strategic general officer billets. Much like SAMS today, in time this system would become self-sustaining as Army leadership learns its value and trusts its products.

Some might conclude that such a program is elitist. It is not. All large organizations like the Army want the most capable and intellectually gifted to reach the top. This program merely seeks to guarantee that only those gifted with strategic genius become strategic decisionmakers and commanders. Likewise, the accountability embedded in such a system would provide an objective and fair barrier that would keep from responsibility those who do not have depth of intellect.

Harsh? Perhaps. But war is harsh. And as we have seen throughout our history, mediocre generals get soldiers needlessly killed and put the nation at risk.

Portions of this article originally appeared in Scales’ book, Scales on War: The Future of America’s Military at Risk, which was published by the U.S. Naval Institute in September.