With the Army’s reduction in size over the last several years across all three components, and a continued reduction for at least the next two years, retaining and developing the very best soldiers and leaders is a key component of readiness.

As Army Chief of Staff Gen. Mark Milley has said, “Readiness is our number one priority and there is no other number one.”

Manning, equipping, training and leader development are the four components of readiness.

To get the manning and leader development pieces correct for the Army, a focused effort on talent management and potential are essential for getting the right soldiers into those positions where they can make the greatest contributions.

Changes are coming for the Army’s senior noncommissioned officer corps, Sgt. Maj. of the Army Daniel Dailey said Oct. 4 at the 2016 Association of the U.S. Army Annual Meeting and Exposition. 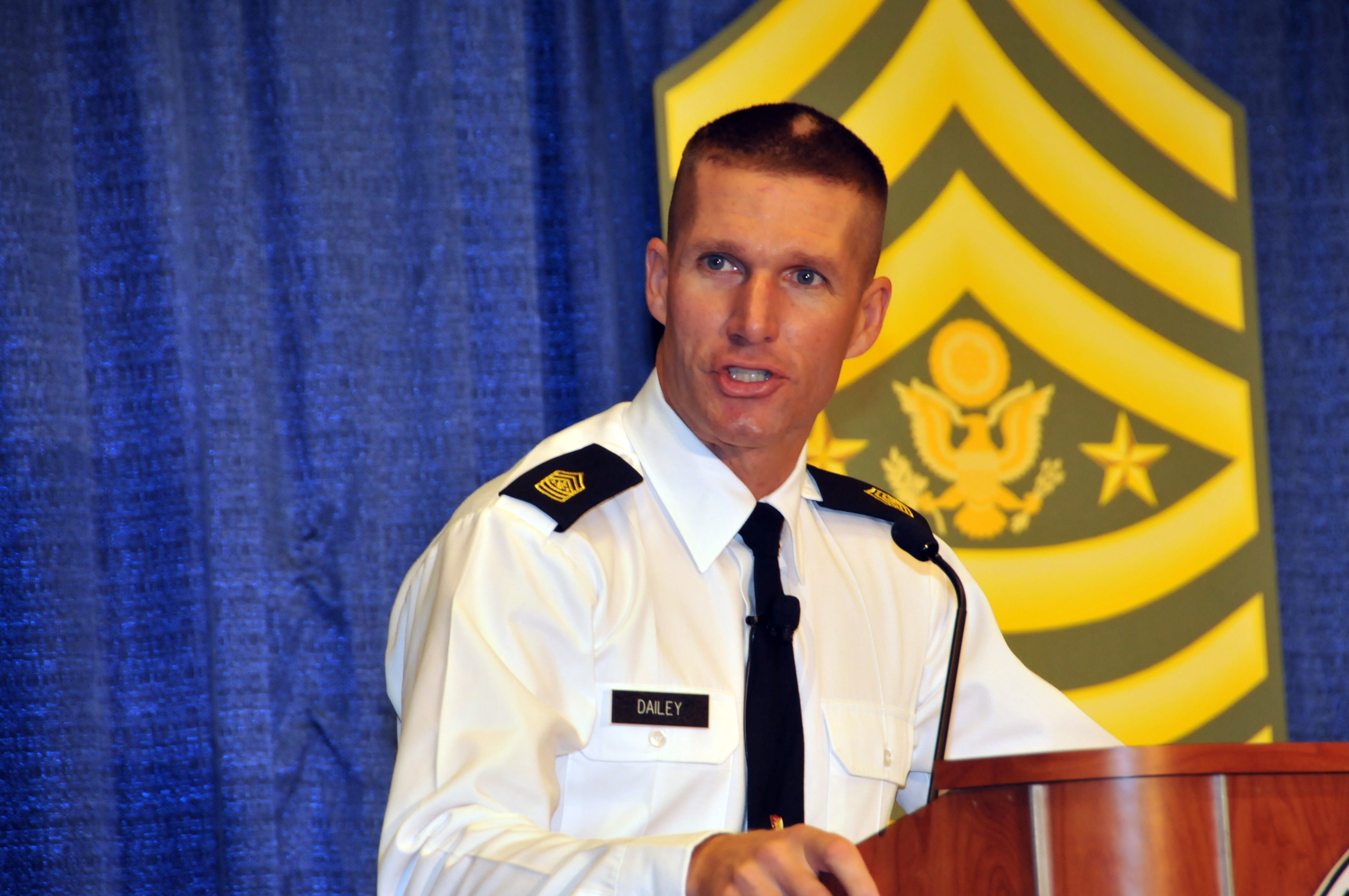 “We’ve made some very significant changes” to the education and promotion systems for senior NCOs, Dailey said at the Sgt. Maj. of the Army’s (SMA) Professional Development Forum.

“Across all the MOSs (Military Occupational Specialties) in the Army, there is no pyramid that describes a progressive and sequential leader development system,” Dailey said.

In the future, sergeants major will be ranked by talent through the Department of the Army secretariat based on peer reviews, and will compete for positions.

“This will allow us to use that talent list to fill the operational needs of the Army,” he said.

This year, Dailey said, the new process will be used for command sergeants major, “and next year, we’re going to do that with all sergeants major, for all positions. And if you don’t get selected for a position, you go home.”

He said that right now, promotion rates for Army enlisted soldiers are “embarrassing. We’ve never, in the last 30 years, gone above a 20 percent aggregate promotion rate for enlisted people. We are losing talent every single day.”

One primary cause for the attrition is that the Army is sending NCOs to the USASMA too late in their careers.

Dailey that 69 percent of sergeants major have been in the Army for 27 years or more.

“That means that they graduate from [USASMA] and I can only use them for about 24 months,” he said.

Dailey said that the Army should get 10 years of service from sergeants major, but in order to do that, “we have to get promotion rates back up” to 30 or 35 percent.

One sergeant major attending the forum asked Dailey about the image of senior NCOs to the civilian world, saying that many people outside the military don’t understand the high level of education, training, and responsibility a soldier acquires during a long career.

“How can we help America see how valuable we are once we get out?” he asked.

Dailey responded that civilian-equivalent credentialing for NCOs is a major line of effort, saying, “We have to start making sure that we give you the credit for the things you do.”

There are two reasons that USASMA graduates don’t get that credit, he said.

“First, we don’t have the requisite level of education for the facilitators at USASMA … but we have built that requirement into the academy for the future.”

More important is how senior NCOs at USASMA are evaluated. “We’re going to transition to written assessments” rather than the current multiple choice evaluations, Dailey said.

Adding, “It’s going to be hard, and there will be higher attrition rates. But if we want the requisite level of education to be considered and valued by the civilian population, the testing must be commensurate to that level.”

Dailey said these initiatives are in the second year of implementation at the USASMA, and he believes they will be fully accredited at the graduate level in 18 months.

At the SMA forum, three noncommissioned officers were presented awards for outstanding leadership.

The Strickland award is given each year in honor of the memory of Sgt. Maj. Larry L. Strickland, the Deputy Chief of Staff, G1 sergeant major who was killed in the September 11th terrorist attack on the Pentagon.