Army leaders recognize AUSA for its service to soldiers and families

"It’s important for me to state up front that this annual event [Association of the United States Army Annul Meeting and Exposition] is extremely valuable – valuable to the Army as a whole, valuable to our soldiers and civilians alike.

"And it really gives us a very unique opportunity to listen, to teach and learn, to work with people not just from within our own ranks, but across the services, with members of Congress and their staffs, other government agencies, academia, and, of course, industry.

"And it’s [the AUSA Annual Meeting] become a vital component of our development of both the civilian as well as the military, and current as well as future leaders." 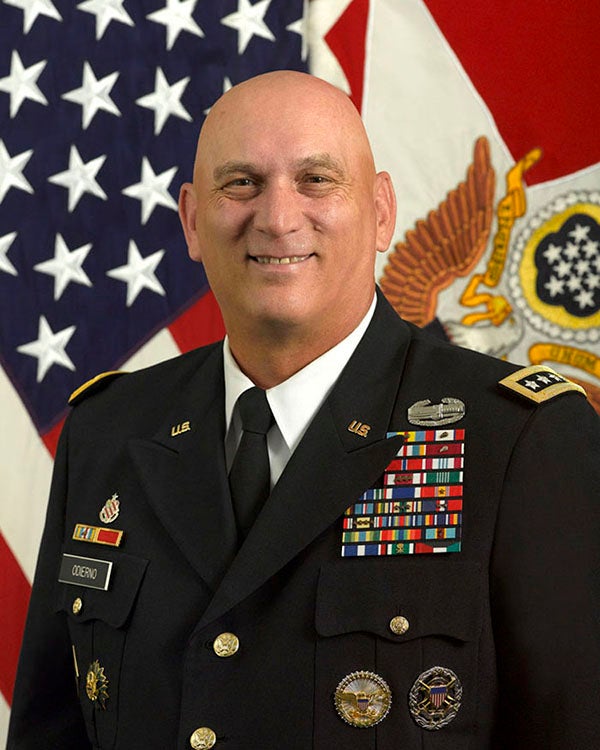 "Obviously, I want to thank General [Gordon R. Sullivan, USA, Ret., president of the Association of the United States Army] and the AUSA for putting on this very important forum [AUSA Annual Meeting and Exposition] that allows us to talk about our profession and to talk about where the Army is headed and to see the technical capabilities, but also have the forum set up where we talk about families and leaders and the way ahead.

"It is such an important forum for us.

"We are so pleased that we are able to do it this year.

"It is the steadfast commitment of General Sullivan and the team that made that happen.

"So thank you, Sir, thank you for everything you do."

"AUSA has served as the "voice of the Army and support for the Soldier" since 1950 when Gen. Wade H. Haislip, then-Army vice chief of staff, formed it through an amalgamation of the Army’s different associations to ensure our needs were voiced consistently across the entire force.

"Today, AUSA is a constant presence on Capitol Hill educating and informing members of Congress, speaking with one voice to ensure each of the 435 members of the House of Representatives and our 100 Senators understand the priorities of the Army, the needs of our Soldiers and their families, and the promise to our Gold Star Families and retired Soldiers.

"I especially thank its volunteers: Active, Guard and Reserve Soldiers, Family members, Army civilians, retired Soldiers and countless friends of the Army, who support the 122 local AUSA chapters based all across the country and around the world."

John M. McHugh was sworn in as the 21st Secretary of the Army on Sept. 21, 2009. Previously, he was a member of Congress representing Northern and Central New York. He served as the ranking member of the House Armed Services Committee with responsibility to oversee the policies and programs for DoD and each of the armed forces. He also served as chairman of the Morale, Welfare and Recreation Panel and as chairman, later ranking member, of the House Armed Services Committee’s Subcommittee on Military Personnel.

Gen. Raymond T. Odierno, Chief of Staff of the Army

Gen. Raymond T. Odierno is the 38th Chief of Staff of the U.S. Army. His previous assignment was commander, U.S. Joint Forces Command. He has commanded units at every echelon from platoon to theater, with duty in Germany, Albania, Kuwait, Iraq and the United States. Odierno served as a brigade executive officer in Operations Desert Shield and Desert Storm, commanded the 4th Infantry Division during Operation Iraqi Freedom, and served as the commanding general, Multi-National Corps-Iraq (III Corps) for the surge of forces in Iraq.

Sgt. Maj. of the Army Raymond F. Chandler III was sworn in as the 14th Sergeant Major of the Army in March 2011. Previously, he served as the 19th commandant of the U.S. Army Sergeants Major Academy (USASMA), the first enlisted commandant in USASMA history. As Sergeant Major of the Army, he serves as the Army Chief of Staff’s personal advisor on all enlisted-related matters, particularly areas affecting soldier training and quality of life. He devotes the majority of his time to traveling throughout the Army observing training and talking to soldiers and their families.