Three soldiers, selected as the 2016 Army athletes and coach of the year, were honored at the Association of the U.S. Army Global Force Symposium and Exposition in Huntsville, Alabama.

The awards were presented during the professional development forum at the symposium by Gen. Gustave Perna, commanding general, U.S. Army Materiel Command. 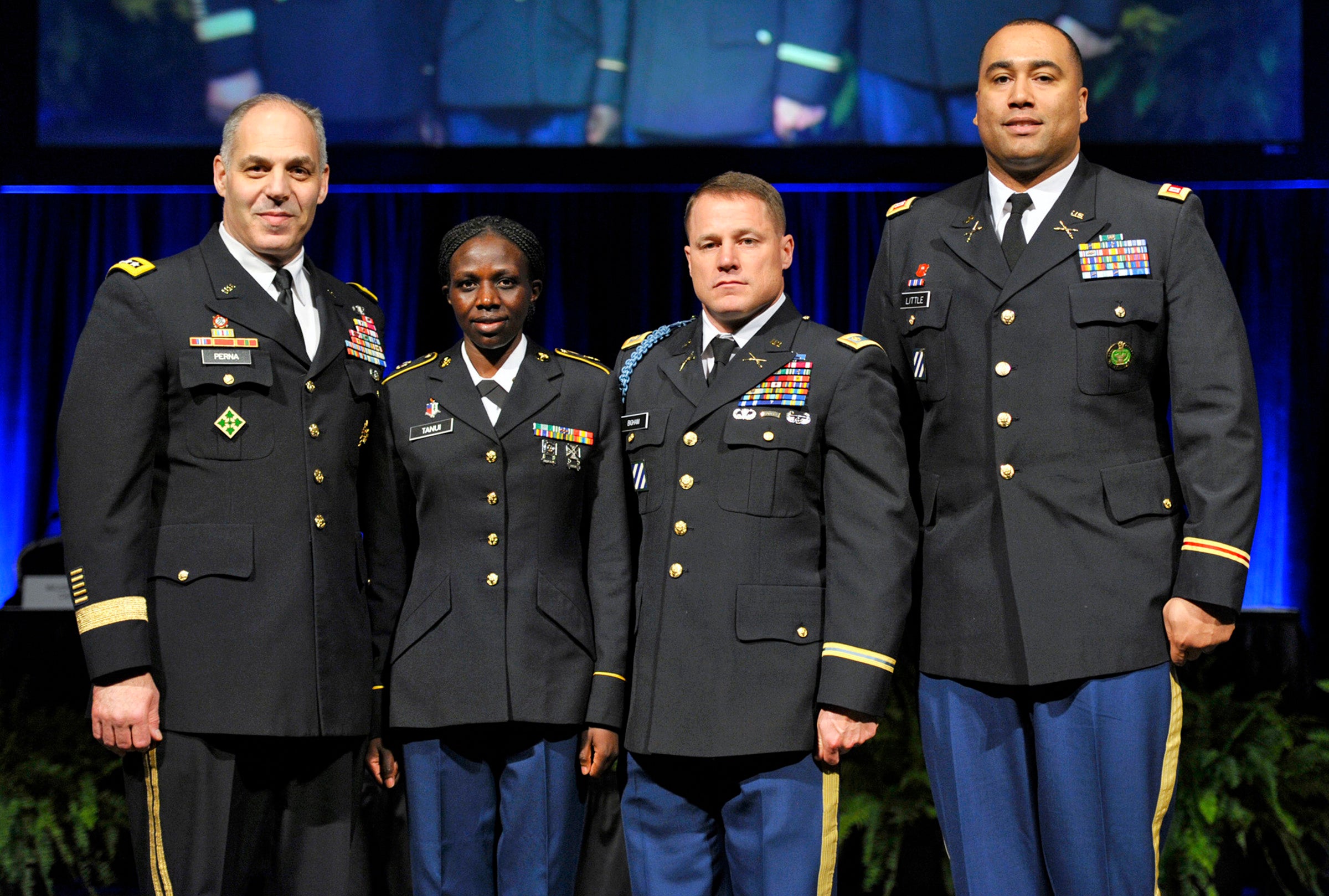 In 2016, Bigham competed in the International Powerlifting Federation Raw Powerlifting Championship in Killeen, Texas – a professional, Olympic-caliber competition with more than 62 countries represented. He took four gold medals at this event.

As a member of the U.S. Army Powerlifting Team – USA Powerlifting, last year he participated in six world- and national-level events, where he distinguished himself as a superior Army athlete.

He broke numerous world powerlifting records in the International Powerlifting Federation and League.

Also, he broke more than 10 national and state records during 2016.

He is married to Kelly of Rock Hill, S.C., and they have five Children: Dillon (currently deployed with the Air Force), Derek (currently stationed at Fort Bragg), T.J. (14), Townsend (12), and Auten (9).

This accomplishment contributed to the All-Army Team winning both these events that were held in Washington D.C.

She also competed in the USA National Cross Country Championship in Bend, Ore., helping the All-Army Team to emerge victorious.

Tanui volunteers at the Fort Riley – Army Community Services, the Intercontinental Hotels Group and at the Post Library as a library aid.

She also has participated in local races in Kansas, and, due to her exemplary athleticism, she has been selected to become a member of the prestigious Army World Class Athlete Program at Fort Carson, Colo.

He was the head coach of the All-Army Men’s Basketball Team that won the gold medal at the 2016 U.S. Armed Forces Basketball Championship.

This was the All-Army Team’s first gold medal since 2004.

The team finished this competition with a perfect 7-0 record.

Overall, the record for the 2016 All-Army basketball season was 11 wins – zero losses.

In the local community, Little serves as the assistant men’s basketball coach at Columbus State University, and also volunteers at various camps and clinics.

Lt. Gen. Guy Swan, USA, Ret., AUSA vice president for education, said at the ceremony, “These three outstanding soldier-athletes represent the best of America’s Army as they serve in their assigned duties and also compete in athletic competitions for our Army and our nation. We are very proud of you.”