I had the opportunity to visit Fort Leonard Wood, Mo., one of our premier military bases and home to the Engineer, Military Police and Chemical Corps schools.

Part of my visit to Fort Leonard Wood was to fulfill a special request from the Army Community Services (ACS) office to support its kickoff event for this year’s Army Emergency Relief campaign. 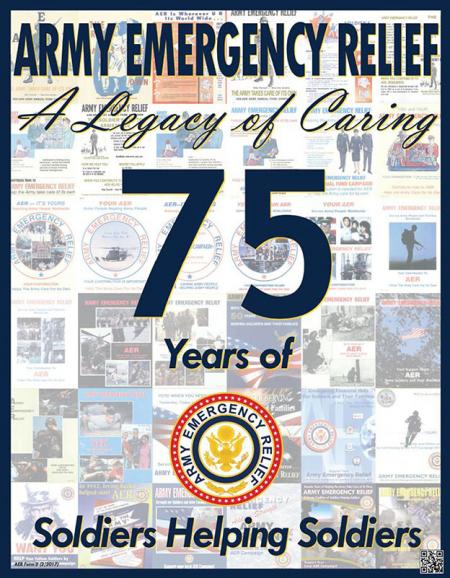 To prepare for this part of my visit I scheduled an office call with the Army Emergency Relief (AER) leadership here in Arlington, Va.

Reflecting back on my time as the Sergeant Major of the Army and the honor I had sitting on the AER Board of Managers with other senior Army leaders and family members, I was very impressed with the changes in the AER Charter to improve soldier and family access to assistance.

Armed with my new-found knowledge of AER, I was ready for the task of speaking to the command and senior leaders at Fort Leonard Wood.

I think it is important to share with all of you some of the wisdom and golden nuggets I found on this journey, all focused on supporting our soldiers from all the three components – Regular Army, Army National Guard, Army Reserve –our retired soldiers, surviving spouses and Army families.

This year is AER’s 75th anniversary. It was established on Feb. 5, 1942, by Secretary of War Henry L. Stimson and Army Chief of Staff Gen. George C. Marshall.

AER is incorporated as a private nonprofit organization with the primary mission to provide financial assistance to soldiers, active and retired, and their families. Their motto is; “Soldiers Helping Soldiers” and their focused principle is “Helping the Army Take Care of its Own.”

The organization operates under the authority of Army Regulation 930-4, and falls under the control of the garrison commander.

To set the stage for understanding and appreciating the need for AER in today’s modern Army, I recapped the chief of staff’s three strategic priorities: Readiness, Future Army and Take Care of the Troops.

Gen Mark A. Milley said, “Readiness for ground combat is – and will remain – the U.S. Army’s number one priority.”

AER is a tool focused on the strategic priorities of Readiness and Taking Care of the Troops.

So how does the Army compare today with where we were 10 years ago in 2007?

Comparatively, in 2007 we averaged approximately 230,000 soldiers forward stationed or deployed in more than 70 countries around the world.

Today with more than 100,000 fewer soldiers, our Army is deeply engaged in supporting the six geographic combatant commands in many more places than we ever had imagined.

Soldiers and family members today face a similar amount of stress on the force as soldiers of decades’ past. Stress today is short dwell periods between deployments, intense focused train-up periods prior to deployment, and nine months or more of “boots on the ground.”

With every deployment, a soldier leaves behind his or her family and friends who anxiously await their return.

Army spouses find themselves living as single parents, taking on the role of mother and father, many of them trying to balance family with a demanding career of their own.

In all these cases, life happens – unpredictable types of occurrences that stress marriages, monthly budgets that sometimes exceed a family’s emergency savings if they had one at all.

But soldiers and families do not necessarily turn to AER as a first choice for help.

AER’s research reflects the demand for financial assistance has remained consistent over the years, but the number of soldiers and families asking for help has decreased.

In a survey, soldiers told AER their top four reasons for not seeking assistance: they felt there was a negative stigma for seeking help, they were unaware of AER and its benefits, soldiers had concerns about getting their chain of command involved in their personal financial business, and they were embarrassed for their situation.

Statistically, 49 percent of all soldiers in the rank of private to specialist sought out financial assistance from institutions other than AER.

Research shows these soldiers are getting help from pawn shops, car title loans, rent to own, pay day loans and now in the tax season, tax refund advances.

Depending on the soldier’s credit rating, the amount of money needed and the risk to the lending institution, some of these “other” loans are known to be as high as a 388 percent interest rate.

So, as leaders we ask ourselves: “Do we want our soldiers and their families seeking an interest-free loan or grant from AER or going to a payday lender?”

Reflecting back on my Army career, I was fortunate to have a first sergeant who believed all noncommissioned officers in the company, like the officers, needed to have additional duties beyond their traditional occupational specialty.

I had multiple additional duties in the company, and while I worked hard in my core occupational specialty, I learned many new skills and gained a much broader knowledge of the Army doing these “volun-told” duties.

As a first sergeant, my subject matter experts in the company, troop or battery on soldier and family support activities, were my Sergeant Audie Murphy Club and Sergeant Morales Club members.

These noncommissioned officers had demonstrated a strong working knowledge of the programs supporting soldiers and families regarding drug and alcohol abuse and prevention, sexual harassment/assault response and prevention, the chaplain, ACS, AER and AUSA.

Educating and informing soldiers and their families about Army programs and initiatives is the role of the noncommissioned officer and is almost always best received and taught from peer to peer and junior leader to soldier.

So, the role of the AER noncommissioned officer during this trying time is to provide each team, squad and platoon with an information briefing about the Army’s programs.

The briefing should be designed to be informative and provide every soldier and leader with a solid understanding of the benefits and to provide them with the opportunity to engage.

Many soldiers and leaders today do not know that soldiers and their families can access AER assistance from 77 Army installations worldwide.

Access to AER can also be made by the Air Force, Navy/Marine Corps and Coast Guard military aid societies in 270 locations around the world.

Effective Sept. 9, 2015, all ranks now have direct access to AER where a unit commander or first sergeant review is not required.

The serving Board of Managers, the Army and the AER leadership team established a series of safeguards for this hands-off approach to AER access by soldiers and their families.

Soldiers in the paygrades of E-1 through E-4 in Initial Entry Training (IET) still require a commander or first sergeant review.

Paygrade E-1 through E-4 must also have a minimum of 12 months in service or have completed IET whichever is greater. Regardless of rank, soldiers are limited to two assists within 12 months.

Some of the other new changes to AER policy and eligibility include minor home repairs with an eligibility of up to $5,000.

All these changes are focused on extending AER access to soldiers and their families during times of need by providing them a financial alternative far exceeding alternative means.

Today we say happy 75th anniversary to AER for all they have done and continue to do for our soldiers and families.

Special thanks to retired Master Chief Petty Officer Chuck Mathews for his work and effort as the AER manager at the Fort Leonard Wood ACS office.

See your AER unit representative to learn more about AER and visit the website at www.aerhq.org.