Advocates Can Round Out Army Recruiting Efforts

Advocates Can Round Out Army Recruiting Efforts

The Army has invested considerable resources in its advertising efforts. Airing expensive television ads, increasing the number of recruiters and offering bonuses for recruits costs the Army hundreds of millions of dollars each year. While the results of these efforts are hard to measure, the Army has historically achieved its recruiting goals, with the recent exception of 2018.

The customer purchase journey is a four-step process in which customers:

Effective marketing and customer engagement efforts seek to guide customers along the journey by capturing their attention in Step 1 with the goal of creating advocates for Step 4. A customer who purchases a product or service and then encourages friends and family to make a purchase is much more valuable than a customer who doesn’t. While the Army has concentrated marketing efforts on Steps 1 and 2, little emphasis has been placed on advocacy.

Our approach to implementing the customer purchase journey model and measuring its effectiveness is scientific, as any marketing effort should be. Our hypothesis is that advocacy is the most cost-effective marketing technique the Army can use. Initial support for this hypothesis is that many soldiers have a family member who also served. A recent article in The New York Times reported that 79% of current soldiers have a family member who served, with 29% reporting that a parent had served. These numbers are not sufficient to prove cause and effect, but they show a pattern that military service tends to run in families.

We have constructed a basic framework for data collection that will allow the Army to test our hypothesis and adjust its marketing efforts accordingly.

The easiest way to understand why soldiers join the Army is to ask them. By constructing a comprehensive survey given nationally to recruits soon after they enlist, Army marketers can gain direct insight into the reasons why someone joins the Army. Questions can ask why the recruit has enlisted, how many and what types of advertisements they have seen, what words they associate with the Army brand, etc. Not only will this survey confirm or deny our hypothesis, but it also will help shape the Army’s marketing strategy. If our hypothesis is correct, a plurality of those surveyed will indicate that a friend or family member significantly influenced their decision to enlist. 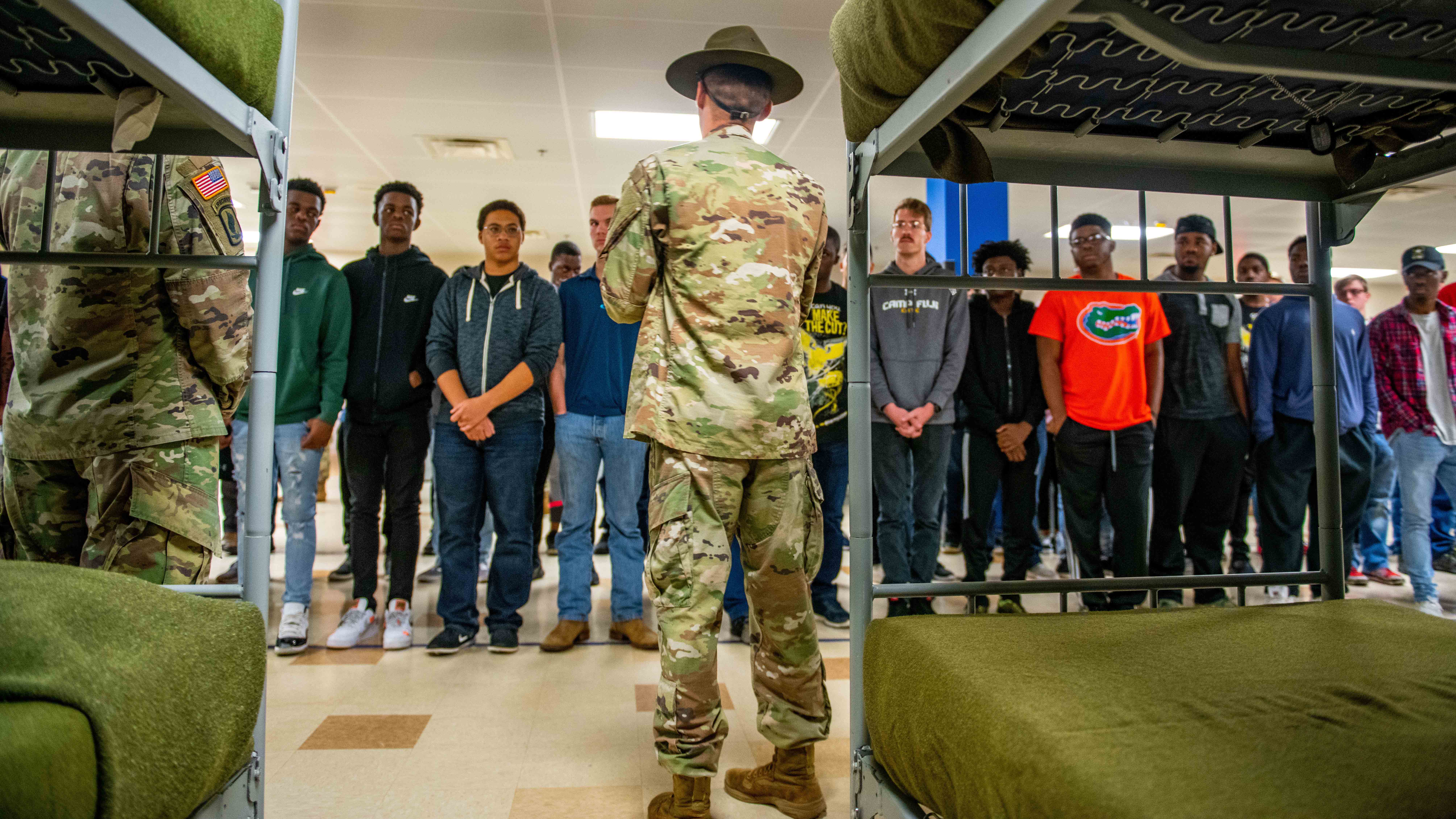 Our hypothesis is also about cost-effectiveness. Advocacy, in its current form, doesn’t pay or incentivize anyone to encourage enlistment. The Army may be spending zero dollars on its most effective marketing tool. By investing a small amount of resources on incentivizing advocacy, the Army may be able to drastically increase the effectiveness of Army advocates.

Phase 2: Identify why a soldier chooses to leave the Army or reenlist

Those who enlist and take the survey will eventually decide to reenlist or leave the Army. All would be given a survey similar to the one they took when they joined the Army. This will help Army marketers measure how a soldier’s motivation changes over time. Those who choose to leave the Army will be given a brief survey asking them what influenced their decision and whether they would recommend Army service to others.

For those who say they would not recommend Army service, they would be asked what the Army could have done to make it more likely they would recommend it. Those who choose to reenlist would be asked similar questions. Army marketers can then use this data to better understand why soldiers choose to leave the Army or reenlist and use that data to help the Army improve its value proposition. In customer purchase journey terms, this would increase the value a customer gets when consuming the product. The easiest example would be a pizza restaurant increasing the quality of its ingredients to better meet the expectations of its customers.

In an Army context, this would mean identifying why a soldier leaves the Army and then taking modest steps to improve. For example, if 80% of mechanics at a post leave after their initial term in service and cite being overworked as the reason, leaders may choose to allocate additional mechanics to that location to prevent overwork. Steps like this will not only help the Army retain talented soldiers but also will make it more likely soldiers will value their Army service and become advocates when they leave.

Parents who served in the Army and value their time in service likely will not need additional incentives to promote Army service to their children. But younger former service members who decide to leave the Army may become powerful recruitment tools if properly incentivized. While details of implementing such an advocacy program would need to be examined, the simplest type of program would provide financial incentives to participants who successfully encourage someone to enlist.

For example, soldiers leaving the Army with a strong service record and who indicate that they would recommend Army service to others would be asked if they would like to participate in the Army Advocacy Program. Those who choose to participate would attend a training course designed to help them understand and communicate the value of Army service. Those who complete the training would be given a reference number. When a recruit provides an advocate’s reference number, the advocate would receive a monetary reward, probably $200 to $300. To remain eligible for the program, advocates would be required to publish a certain amount of advocacy messages on their approved social media accounts.

Measuring the effectiveness of this program is simple. By accurately tracking advocate reference numbers, marketers can see exactly how many recruits were influenced by an advocate. They can then overlay that number against program costs to determine how much it costs per recruit.

While creation of an advocacy program would be optimal, it is not required to adopt the framework of the customer purchase journey. Simply understanding why soldiers decide to stay in or leave the Army and taking modest, evidence-based steps to improve the soldier experience will yield cost-effective results for Army marketing.