The business world has a term to describe core missions to customers and investors—value proposition—and it is considered crucial to every company’s business strategy. If you can’t distill what makes your organization valuable down to a few compelling points, then maybe it doesn’t have a good reason for existing. Or, maybe you’re in the wrong job.

The notion of a value proposition has meaning for any military service trying to preserve its core capabilities in peacetime. That’s especially true in democracies, where political leaders don’t need to use force to stay in power. Unless military institutions can frame their message to democratic leaders in terms that have political salience during prolonged periods of peace, they risk being dismantled to a point where they invite derision, not to mention aggression.

The U.S. Army knows this story all too well. In the centennial year of 1876, a service that had enrolled a million men during the final year of the Civil War had shrunk to a mere 28,565 soldiers. Clearly, the Army’s leaders had not developed a convincing value proposition for maintaining robust land warfare capabilities. Something similar happened after World War I, when the Army collapsed from well over 2 million men in 1918 to less than 140,000, even as fascists began to make gains in Europe and the Far East.

No matter how important the Army may have been to national survival and success in the past (it has fought more than two dozen wars), it still needs a convincing narrative after each war ends to explain why it should not be stripped of funding. So, if you think that falling from 570,000 active duty soldiers in 2010 to 420,000 in 2020 is the worst fate that can befall the service, think again. Only one in five members of Congress has served in any branch of the military, and most of them aren’t history buffs; thus, the reasons America still needs a robust Army have to be explained clearly and persuasively.

With that in mind, it is important to address two facets of the strategic messaging challenge that Army leaders face today. First, what should the core of the official narrative be? Second, how should that narrative be told? The Army has a good story to tell, but it hasn’t distilled that story into a coherent value proposition that outsiders can readily grasp. Until it does, it risks institutional annihilation in a political process that has little use for past victories and is all about getting reelected. 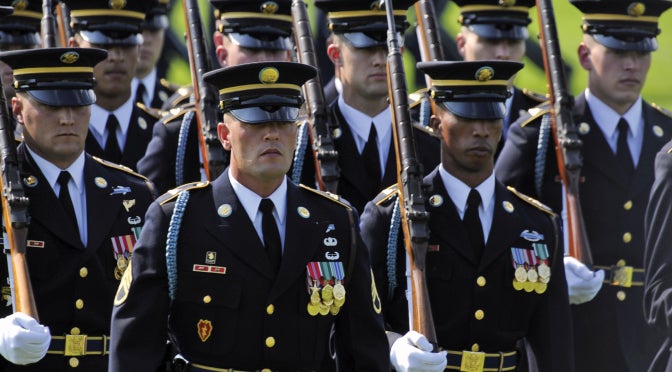 When telling the Army’s story in Washington, D.C., it is always useful to begin by reminding audiences of how cheap the service is. Many legislators and journalists have an exaggerated notion of the claim that the Army makes on federal resources. In fact, at roughly $120 billion in fiscal year 2015, the Army’s base budget would represent less than 3 percent of a $4 trillion federal budget. Throw in funding for overseas contingencies and veterans’ benefits, and the Army’s total carrying cost is still less than 5 percent of the budget. Obviously, the Army is not the main reason why the government is running big budget deficits.

With overall military spending headed for barely one-eighth of federal outlays later in the decade, the other services can make similar claims. Therefore, the crux of the Army’s value proposition has to involve stating the things it can do that the others can’t.

It doesn’t take much analysis to realize that the Army in many ways is strategically unique: 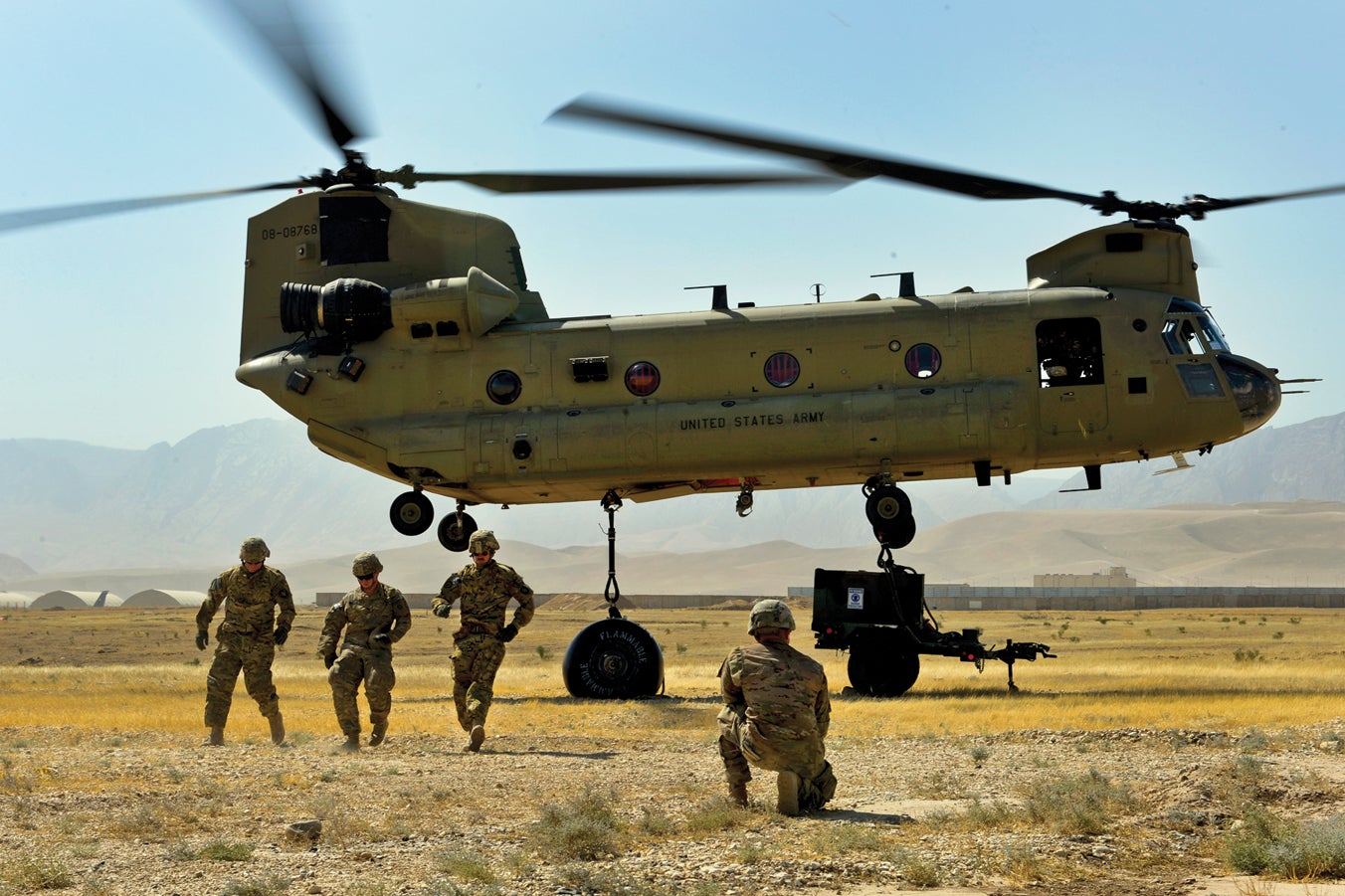 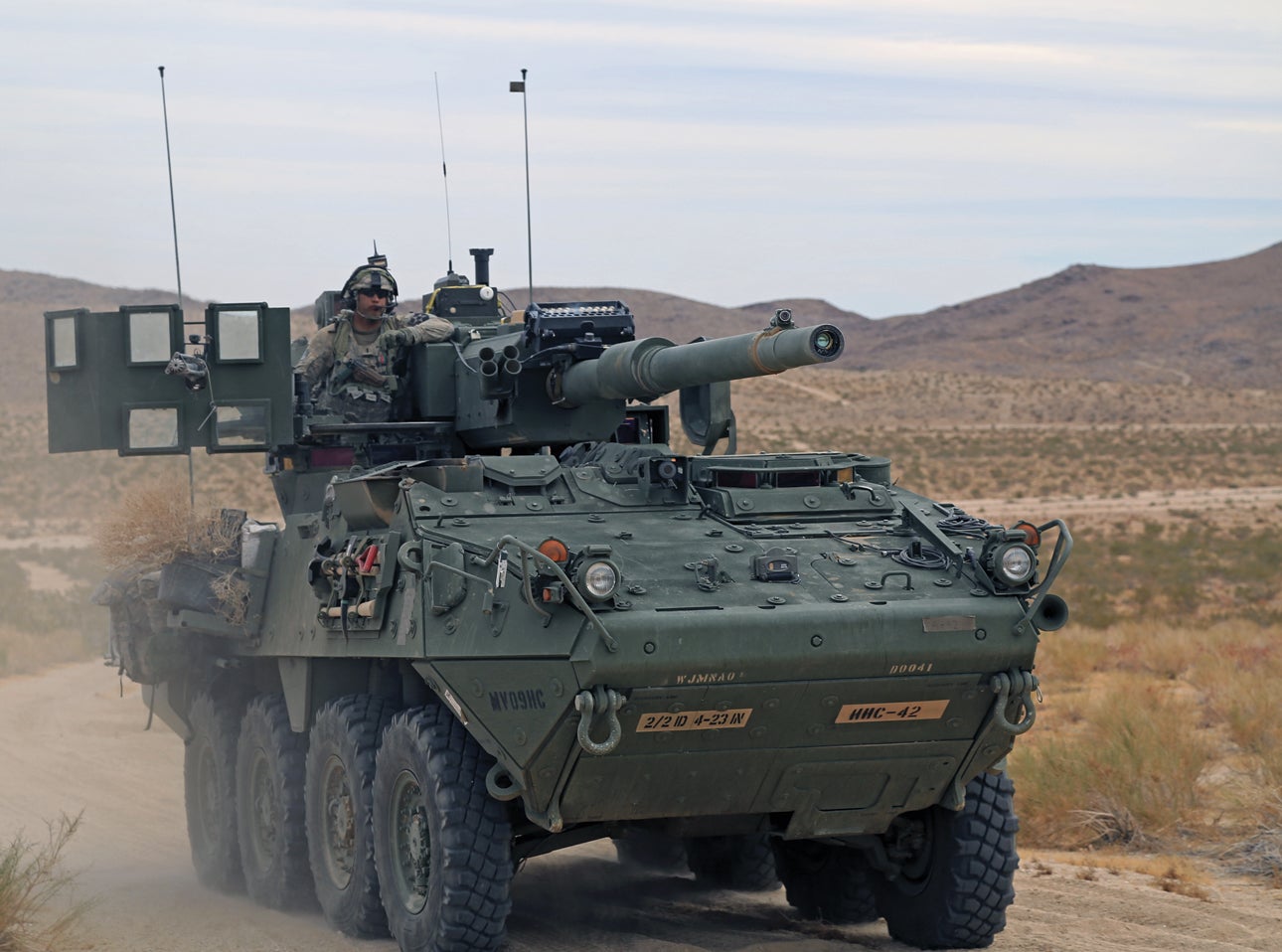 The core of the Army’s value proposition is that most wars can’t be won without its participation because it possesses unique capabilities, and the cost to the nation of sustaining those capabilities is less than one in 20 federal dollars. That brings us, however, to the question of how these points should be hammered home to a political system that is frequently distracted or divided. The Army didn’t have to think much about that for a dozen years after 9/11 because it was incurring more than two-thirds of the casualties in foreign wars, and political leadership was falling all over itself to send soldiers the funding they needed. Those days are over, though, and service leaders need to think more about how they tell their story.

One thing they don’t need to do is try to make their narrative sound like the syllabus of a course at Harvard’s John F. Kennedy School of Government. There is no need to dress up military imperatives in academic jargon, and the Army will likely lose if it tries to fight its political battles on such an alien landscape. What it should do instead is speak in the blunt language of warfighters who have risked their lives for America and understand the consequences of conflict in a way that few academics could. Several years ago, a senior marine told me he figured Washington was being generous with military funding because many voters felt guilty about the sacrifices warfighters were making, but you don’t have to play on the guilt of the 95 percent of Americans who will never serve to bolster the value proposition for the Army. 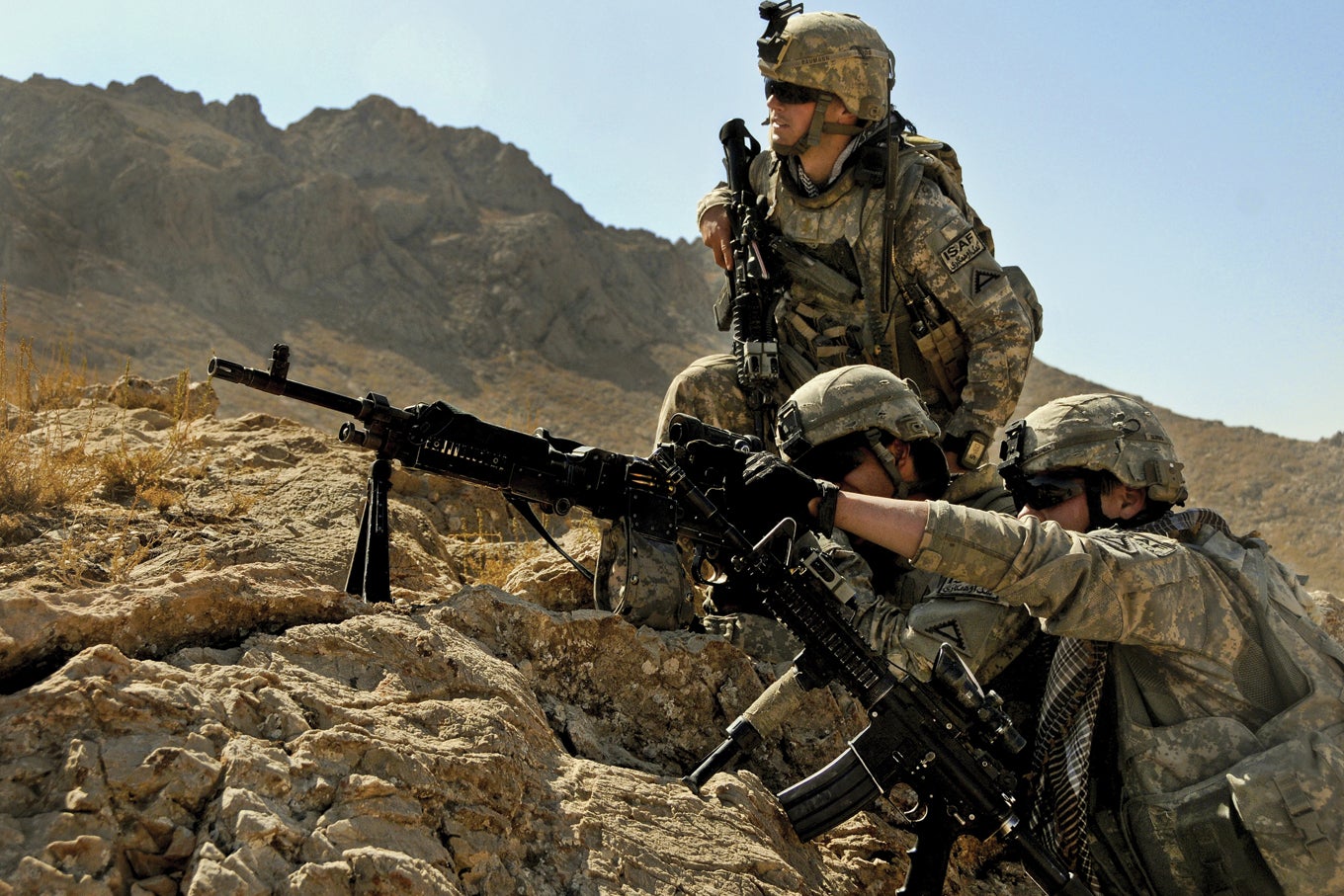 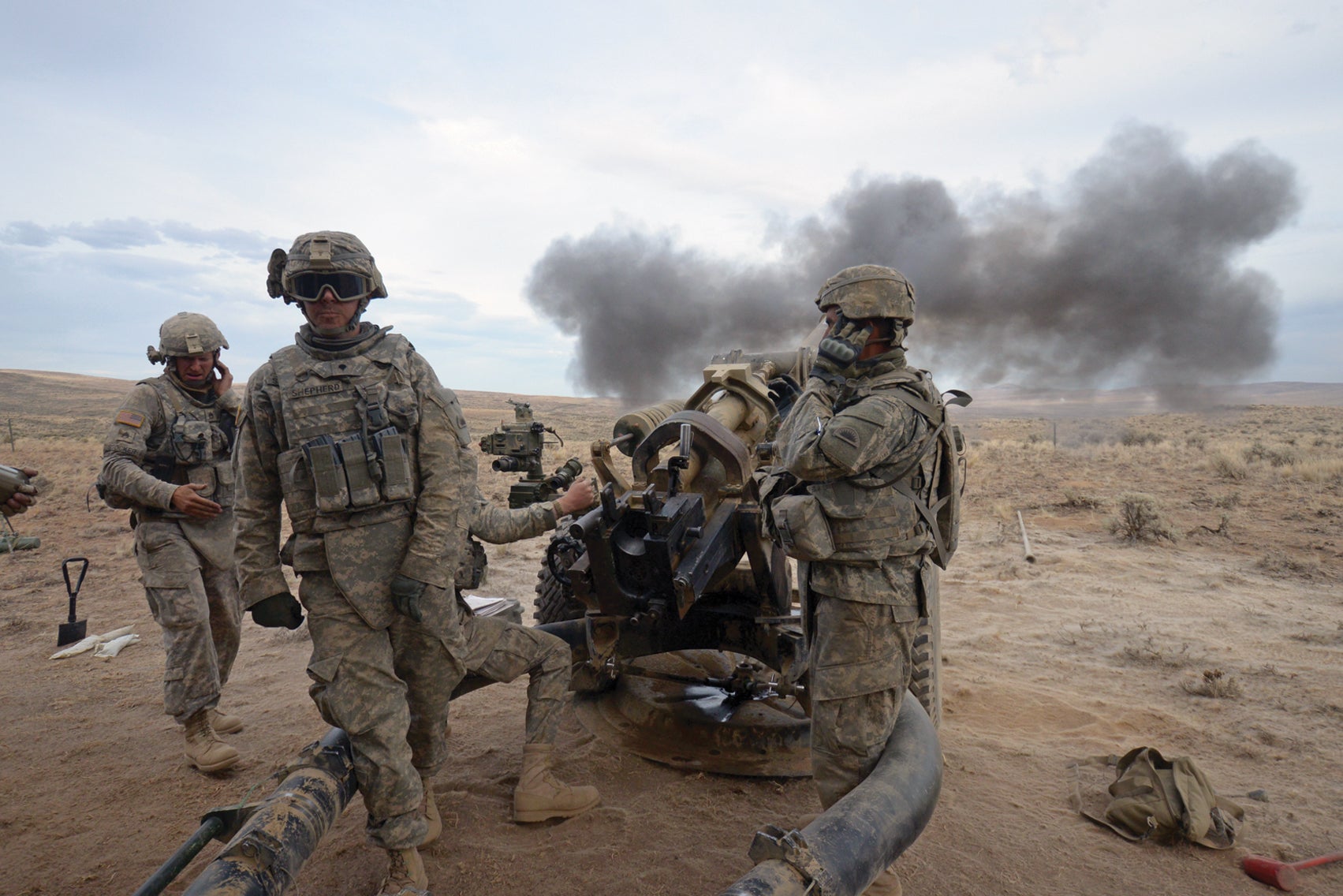 There’s no need to dress up the value proposition in anything other than the truth. Without adequate funding, soldiers will die and wars will be lost, but Army leaders need to be far more persistent about stating the facts in public, even if it means getting in fights with wrong-headed politicians. No matter how angry senior warfighters may be behind the scenes about the dysfunctions of the political system, their passion doesn’t come through in public. If senior Army leaders don’t raise their voices or pound their fists about what politics is doing to readiness and modernization, the political culture will not respond—not, at least, until it feels threatened again.

This is not the kind of campaign that the Army can outsource to think tanks or professional associations, both of which tend to be too diplomatic to state the facts clearly. It requires the active participation of soldiers who have risen to the top of the Army through decades of service and sacrifice. I’m not just talking about those who run the active duty component. The constant skirmishing between the Regular Army and the reserves—especially the National Guard—dilutes the Army’s message and makes institutional imperatives sound like bureaucratic preferences. Uniformed leaders across the whole force need to make common cause in stating the Army’s value proposition to a distracted political system; otherwise, the hard times may have barely begun.

Loren B. Thompson is chief operating officer of the nonprofit Lexington Institute and chief executive officer of Source Associates, a for-profit consultancy. Previously, he was deputy director of the Security Studies Program at Georgetown University and taught graduate-level courses in strategy, technology and media affairs there. He has also taught at Harvard University’s John F. Kennedy School of Government. Thompson holds a bachelor’s degree in political science from Northeastern University, and master’s and doctoral degrees in government from Georgetown University.