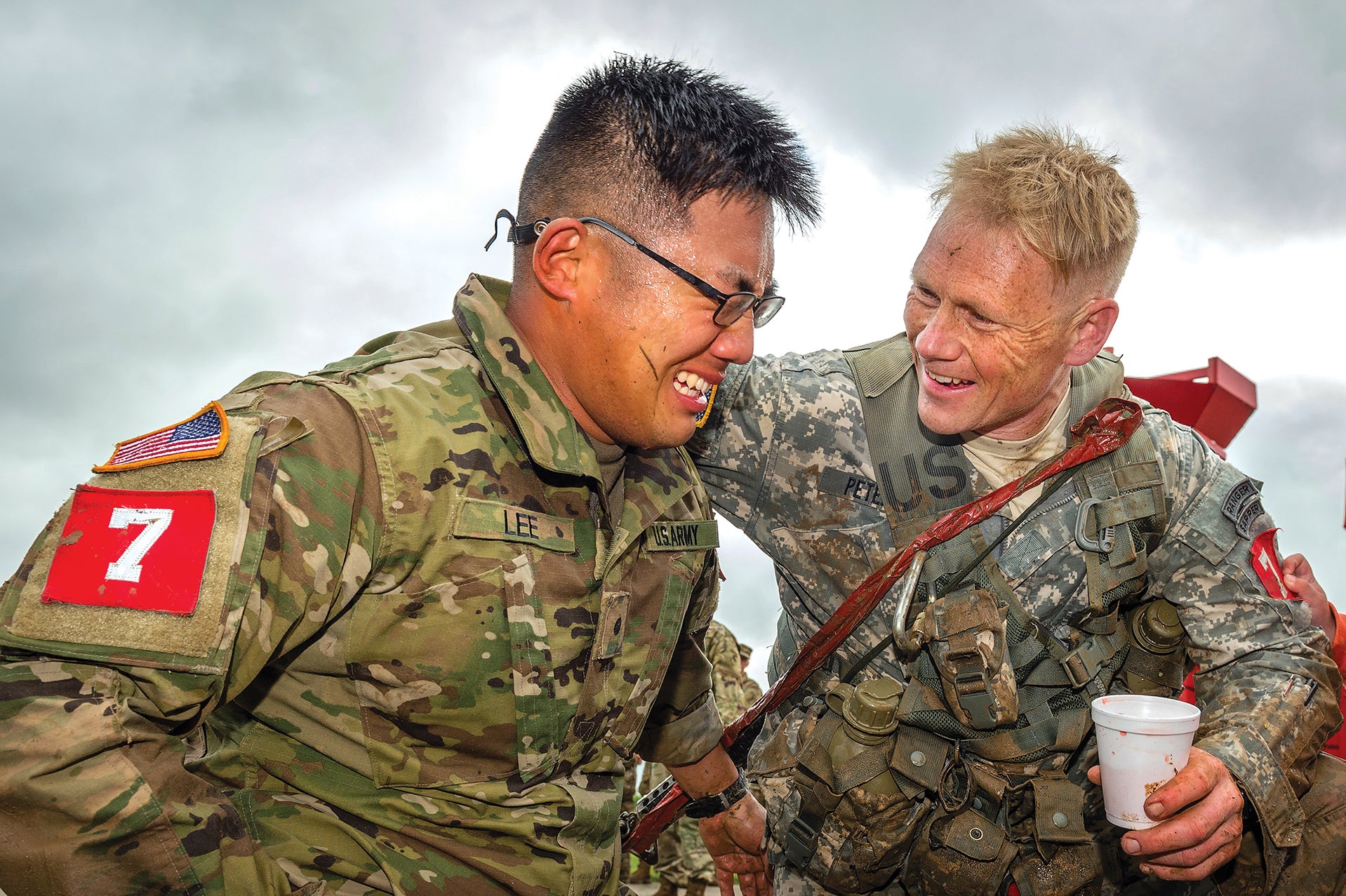 The winner of the 2017 ARMY magazine photo contest is a Department of the Army civilian from Fort Leonard Wood, Mo., who knows how to find action.

Michael N. Curtis, an Army photographer for more than 30 years, submitted photos he took during a Best Sapper competition. “I am a working professional photographer,” he said, shooting and editing images every day as part of his work. “I entered the contest just to see how I would stack up with other photographers.”

Curtis said he knew from experience he’d get good action photos at the competition which features 48 teams, each of two members, who are trying to be recognized as the toughest engineers in the Army. There are 50 hours of competition over three days covering a distance of about 50 miles. “Anytime that a photographer can capture pure emotion it will resonate with the viewer,” he said.

The photo was taken in April with a Nikon D4.

Curtis wins $500 for his first prize in ARMY magazine’s 2017 SFC Dennis Steele Photo Contest, named in honor of the former U.S. Army and ARMY magazine writer who died in 2014. This is Curtis’s first win but not his first entry in the contest. 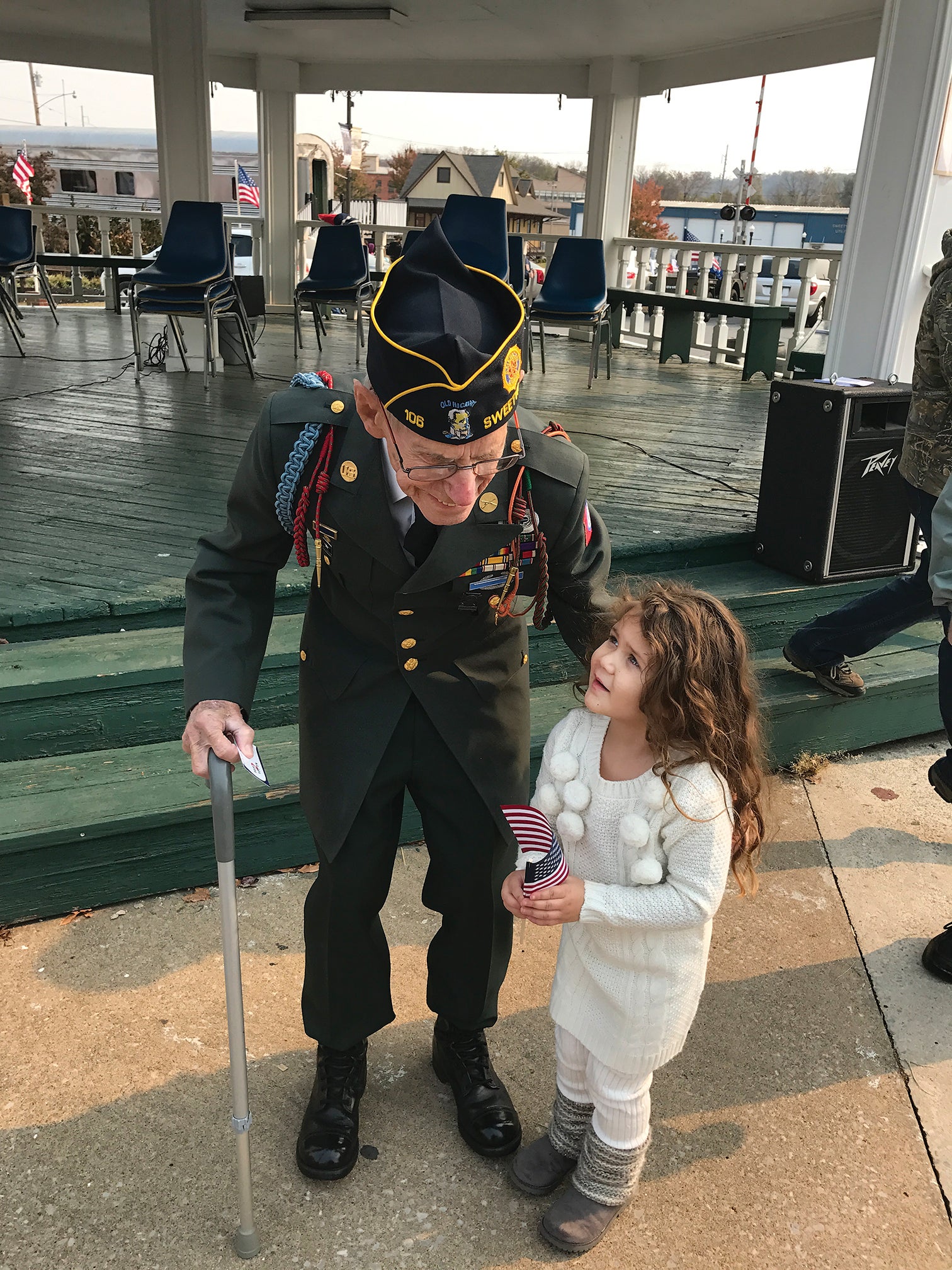 Second place, with an award of $300, goes to Ginger Rizijs for a photo taken on Veterans Day 2016 of a ceremony in Sweetwater, Tenn.

“The photograph is just priceless to me,” she said. It shows her granddaughter with Clinton Riddle, a 96-year-old World War II veteran. “He was a member of the 325th Glider Infantry Regiment,” she said.

“He is one of the few remaining glider infantrymen who piloted flimsy ‘canvas coffins’ that by design, resulted in crash landings on every flight.”

Her granddaughter was amazed to see Riddle’s medals and asked who he was. “I told her that he was a true hero. When he finished and was leaving the gazebo where he gave his speech, she walked over to him as said, ‘Hello Hero.’ ” That’s when Rizijs took the photo using a Canon EOC Rebel.

“Hello Hero” is her name for the photo.

"Until Our Next Hello" 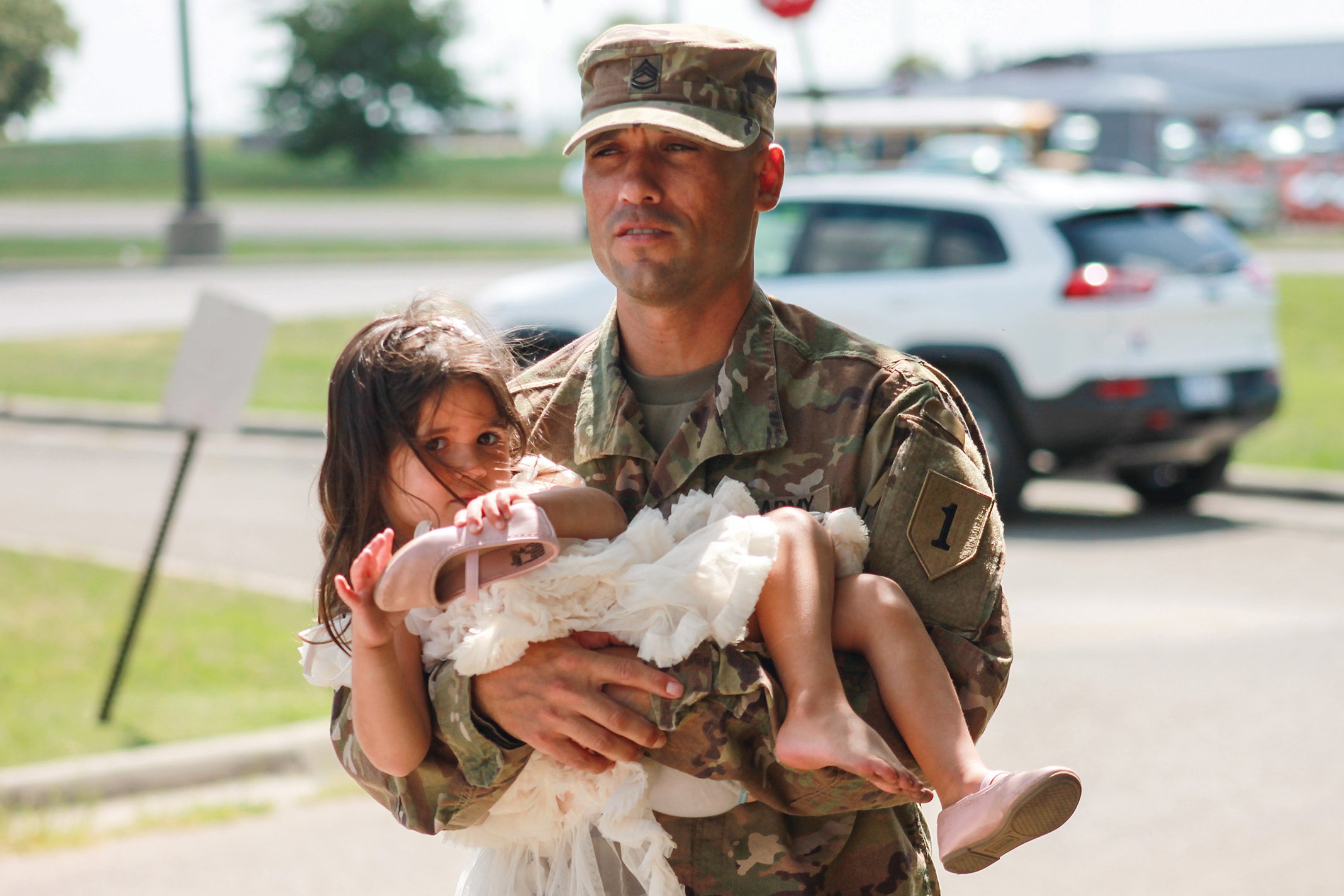 Third place was awarded to Deborah Spratt for a photo she took of her husband, Sgt. 1st Class Terry Spratt, and youngest daughter, Victoria, as he was about to deploy.

“I love Daddy photos. I try to capture them constantly,” she said. “My youngest’s shoe had fallen off in route to our destination. My husband had scooped her up. I turned around to see what the delay was and seeing them, it was so sweet, I quickly snapped a shot. You can see all the weight of the world on his shoulders, the helplessness on her face. Farewells are so difficult.”

The photo, taken at Fort Riley, Kan., with a Canon EOS Rebel T3, might not have even been entered in the contest until Spratt’s sister saw it. “My younger sister was scrolling through my photos and just stopped at this one,” Spratt said. “I was torn because the raw emotion isn’t pretty. It’s real life and almost painful to see.”

“My daughter kept following her daddy, wouldn’t leave his side,” said Spratt, who receives a $200 prize. “Despite formation she stood very close. He had to scoop her up and give her the attention she needed. I still don’t know what was shared between the two in this moment. She is 7 and her Daddy is her world.” 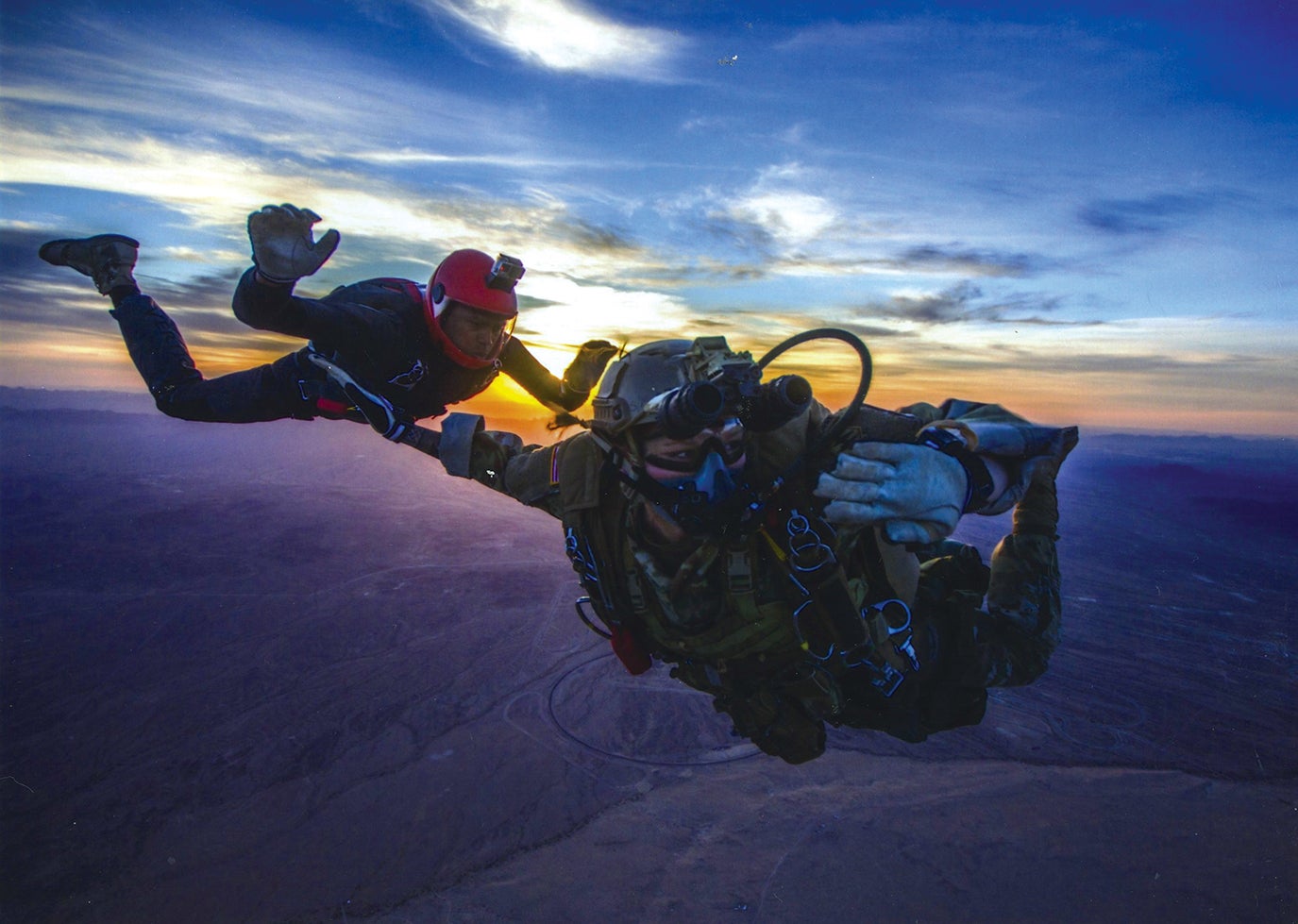 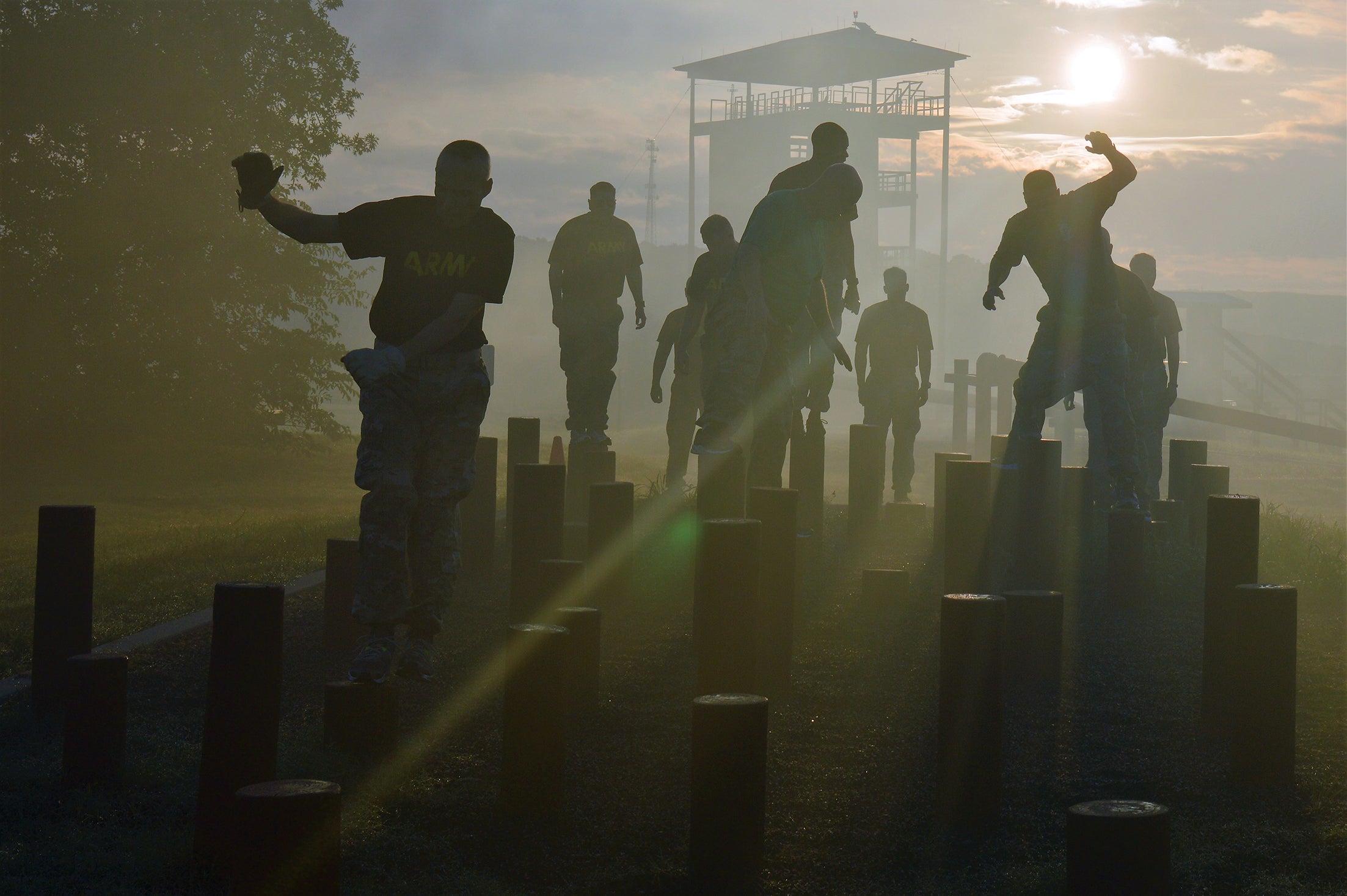