As a cadet I am participating in the largest multinational exercise in history in Europe with the “Victory Medics” of 30th Medical Brigade.

However, I was given the opportunity to work with the 30th Medical Brigade headquarters company during the Saber Guardian 17 exercise [in Romania], and shadow a variety of brigade staff officers and noncommissioned officers. 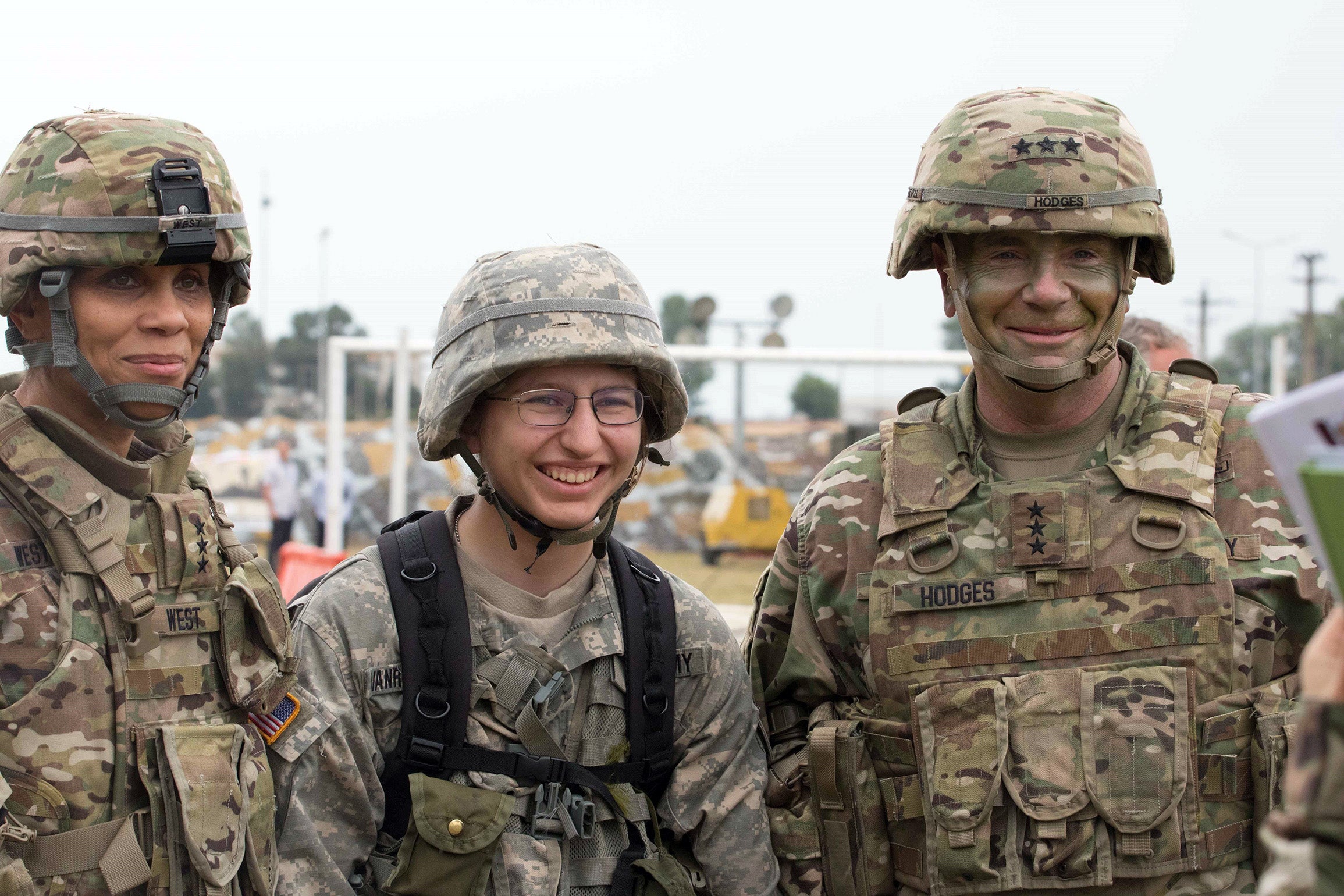 One of my most significant observations was how passionate and involved the brigade senior leadership was. Maj. Dorian Walton, the officer in charge of signal operations, was a steadfast presence in the brigade’s signal support.

I was able to talk with him, when we spoke with the Balkan Medical Task Force, about setting up communications between our teams.

We were able to establish tactical communications, utilized during the peak periods of the Saber Guardian exercise. This passion trickles down to the lowest levels, and greatly contributes to the strong sense of pride and motivation clearly visible in the unit’s junior enlisted.

“Being in the military, you are constantly confronted by challenges,” Walton said. “I love being able to solve a problem. When you see things through to the end, there’s no greater feeling. I love being able to utilize technology, to enhance and enable mission command.”

Some of the strongest leadership was from junior noncommissioned officers.

Sgt. Nelson Smith was the unit’s only intelligence soldier present during the exercise. As a sergeant, he was placed in a job as the noncommissioned officer in charge, a position usually filled by a sergeant first class.

Additionally, he was performing a job usually held by three soldiers.

“Ever since I got promoted, I’ve never worked at a [sergeant] position,” Smith said. “Staff is a whole other beast. Everything you learn is on the job. So it’s definitely taught me a lot from working in the past year, but with everyone leaving, it’s been accelerating a lot. It definitely weighs on you.”

The battle captain, Capt. Dymon Washington, also worked outside her own expertise. As a chemical officer in a medical brigade, there were times when her expertise was applicable, but most of the time she had to wear a variety of hats.

“As an officer, it’s important to be extremely well-rounded,” she said. “You have to analyze the battlefield from all angles and at this point, it’s just second nature to do things outside of my expertise.”

“You need to be personable,” Jaffrey said. “First impressions count. There needs to be a common goal and understanding. All parties need to gain something from the team. It requires a person who’s a real self-starter, because nobody’s going to tell you how to do the job. Finally, and crucially, you need to be dynamic in your thinking.”

Lt. Col. Doug Clay, chief of operations, was at the head of day-to-day planning throughout the exercise. He wrote the original order for Saber Guardian, and had to plan out how everything would come together.

“Trust and relationships are your key to strong teams,” Clay said. “You’ve got to know you’ve got each other’s backs, and do the small things right consistently.”